Domenick Yoney
National and regional dealership associations have it in for Tesla Motors. For the past few years the organizations have been pushing lawmakers – to whom, it bears mentioning, they have made generous financial contributions – for legislation that would make it difficult for the Californian automaker to continue with its direct-to-consumer, company-store sales model. This is, of course, in addition to laws already on the books which make it illegal for manufacturers engaged with existing independent dealership networks to operate their own retail locations.

As you may have heard, the dealers have recently had success in New Jersey and, previously, in Texas. Arizona passed a law in 2000 that forbids manufacturers from obtaining a dealer's license, completing the triad of states which now restrict sales from Tesla stores. Meanwhile, the company has had some amount of success pushing back against these efforts in Massachusetts, Ohio, New York and North Carolina. It is a constant battle, though, even in most of those locales.

Direct sales are key to Tesla's success. It's a big part of how the company managed to move from a simple start up to something of an American automotive phenomenon. While CEO Elon Musk likes to say that it uses this method because selling an electric car would somehow be a conflict of interest for dealerships that also sell conventionally- powered vehicles, there is really a lot more to it than that, and it's wrapped around the customer experience. You can sit at home in your pajamas and configure exactly which color and options you want for your Model S over the Internet, send an electronic payment and have that exact car arrive at your door some weeks later.

The company stores are an outgrowth of that concept, but allow you to see physical samples of the colors and materials involved, take a test drive and interface with a friendly human who can immediately answer any questions you might have, as well as facilitate financial transactions. You still get the exact car that you order. 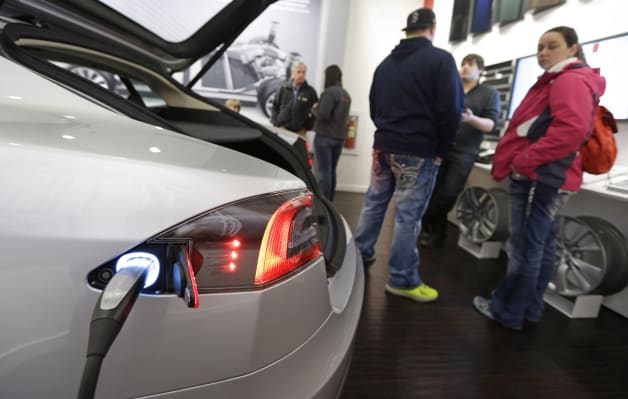 Having company-owned stores lets Tesla keep complete control of its entire retail network and therefore, the buying experience. Staff aren't paid by commission and are encouraged to be truly customer-focused. Prices are set, so there is no haggling or waiting for a sales person to see their manager about getting you a "better deal." There's no up-selling or attempts to send you home with a pick-up truck when you had wanted to buy a sedan. We'll see if this changes when Tesla introduces the Model X.


Dealerships should welcome the competition from Tesla. Embrace it, even.

By taking a hard line against Tesla, the dealership associations are doing its membership a disservice and wasting a lot of its time and money in the process. This direct-to-consumer cat is out of the bag and it's not going back in. Despite the barriers in Texas and Arizona, Tesla is finding a way to sell cars to people in those territories, and it will do the same in New Jersey. It will modify its activities at its operating stores, rename them "galleries" and move on. More slowly than it might if favorable legislation was in place, perhaps, but it will still pound away. The dealerships associations are so busy with battles, they haven't noticed they've already lost the war. Instead of fighting, dealerships should welcome the competition from Tesla. Embrace it, even.

It doesn't seem likely established automakers will ever again try to cut out the middle man in the US, even if they had the desire. The last attempt by Chrysler certainly didn't end well, and though it didn't necessarily play a large part in Daewoo's demise, its factory-owned stores didn't seem to give it any special advantage either. The franchise dealership model didn't evolve by accident and still makes a lot of sense. Independent auto retailers put up a lot of capital creating a sales and service infrastructure for manufacturers. This is money automakers don't have to spend in an area that isn't their core competency. Dealerships also lower manufacturers' risk profile by acting as something of a financial buffer in lean times. On top of all that, with the ability to make managerial decisions without calling up a head office somewhere, non-centralized networks can be nimble and respond quickly to the idiosyncrasies of local markets. All that said, there is certainly room for improvement.


This is where Tesla can be the traditional dealership's frenemy.

Some auto retailers are good at what they do. They profitably sell cars and services while keeping customers happy. Others – some would say the vast majority – not so much. Buying a car has ranked at the bottom of sales experiences for some time. It's unpredictable, long and, too often, agonizing. This is where Tesla can be the traditional dealership's frenemy. Competition is how improvement happens. Not only do rivals serve as a measuring stick, they can also teach new tactics and apply pressure for fundamental change, which can drive innovation. Sure, it already exists to some extent between traditional dealerships, but it mostly seems to push them toward bigger inflatable gorillas on their lots and more balloons in their showrooms. It hasn't brought much improvement to the actual customer experience. 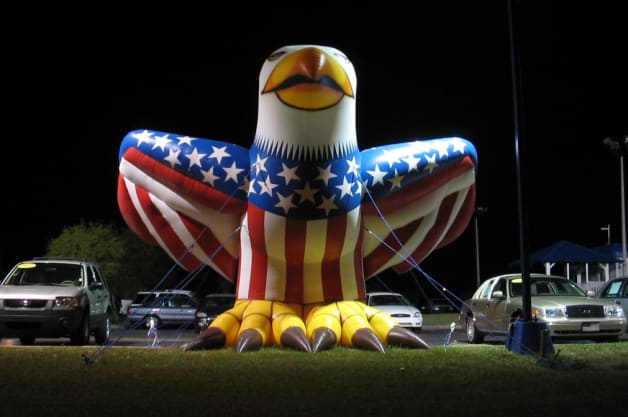 Instead of writing legislators more checks, I suggest this exercise for dealership associations executives and their membership: go incognito to a Tesla store, browse around, maybe take a test drive. Then, do the same at a traditional dealership. Take notes.

Though franchise dealerships cannot exactly emulate the Tesla business model – profit margins from new vehicle sales are razor-thin and have become a tool to drive traffic to the profit-rich finance and service departments, while the electric automaker sees service as a revenue neutral area and depends on outside institutions like US Bank and Wells Fargo for financing – there are likely some elements that might be adapted. Besides using its voice to suggest different environmental approaches to its members - e.g., develop improved showroom atmospheres that reduce stress for both staff and customers - dealer associations can also use their leverage with manufacturers to implement more integral change that streamlines and quickens the buying process.


Staying on the same path is not an option.

Staying on the same path is not an option. Tesla is not going away and it certainly won't be drastically changing its approach to how it sells its vehicles. The fight against the innovative automaker may even create new federal legislation that could further open the door to foreign competition following a similar sales approach. Some say fear of Chinese automakers using a direct-to-consumer model is what is really driving the fight from dealership associations, and it would be ironic if that futile effort is what eventually enables it. With young people driving less and the advent of various carsharing schemes, it's clear that dealers see a need to fight for whatever market they can get. I think it's be better, then, to buck up and improve oneself to take on the challenges of tomorrow while there's time, then be distracted by meaningless lobbying and lawsuits and get caught flat-footed by the future.