It wasn't so long ago that Honda was known for its sporty two-door models, with models ranging from the Civic del Sol to the Prelude and from the Acura Integra and RSX to the Honda S2000. But look at its range today and all you'll see are the Civic and Accord coupes. Honda has essentially let competitors like the Scion FR-S/ Subaru BRZ and Nissan 370Z take the place it once claimed as its own. But if you were hoping Honda would fight back with a new coupe or convertible of its own, we're afraid you're going to have to downgrade those hopes to pipe dreams. 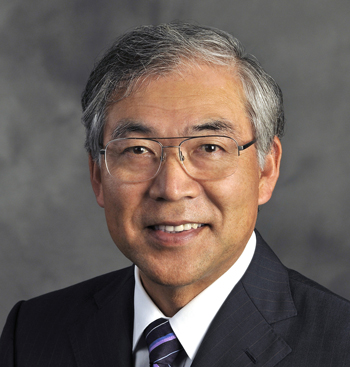 While in Japan ahead of the Tokyo Motor Show, Autoblog had a chance to sit down with American Honda CEO Tetsuo Iwamura (pictured at right). When we asked about the potential for a new sports coupe or convertible in the Honda or Acura lineup, he pointed to the current Civic and Accord coupes – not to mention the upcoming new NSX – but said that Honda has no replacement for any of the aforementioned models (or a rival for the FR-S or 370Z) in the pipeline, saying only that the company is monitoring potential demand.

What Iwamura-san did note was that he's a personal fan of the new S660 roadster (pictured above) set to be unveiled tomorrow, and he is pushing (or at least hoping) that it will come to North America. Given that he's head of both Honda's American office and its global automobile operations, one might think that the only person he would have to persuade is himself (well... himself, and potential buyers), but the sporty droptop looks to be about kei-sized, which sadly suggests that it may be too small for American tastes and perhaps not designed with US crash-test standards in mind anyway.