Sebastian Blanco
This summer, President Obama called for cleaner coal power plants and started what critics called the "War on Coal." Today, the Environmental Protection Agency ( EPA) made it official by proposing new pollution standards for new power plants under the Clean Air Act. The agency also announced it would take steps to make old plants cleaner, but that's much less defined. The EPA's proposal is in line with the President's Climate Action Plan and would be the very first uniform national limits on CO2 emissions from new power plants.

How clean will new plants need to be? 1,100 pounds of CO2 per megawatt-hour for new coal plants would be the limit. Large natural gas electricity plants would need to be a bit cleaner, at 1,000 pounds, while small natural gas turbines would need to belch like coal at 1,100 pounds. NPR says the new rules would mean CO2 emissions would be cut roughly in half. The Union of Concerned Scientists says the average coal plant today " generates 3.5 million tons of CO2 per year" and adds, " coal pollutes when it is mined, transported to the power plant, stored, and burned."

The EPA says the proposal is intended to "combat climate change and improve public health," but we're interested in it more for how it's going to make plug-in vehicles even cleaner. Even today, EVs at their coal-burning worst are generally cleaner than the best gas-powered vehicles. Using these new rules, the balance would shift even further in the plug-in's direction, thought it might increase the cost of electricity. There are more details in the EPA's press release below. 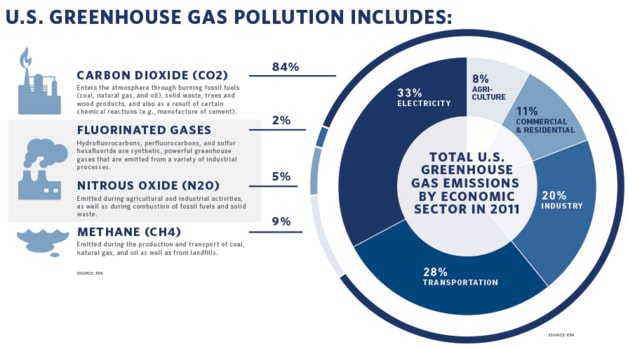 "Climate change is one of the most significant public health challenges of our time. By taking commonsense action to limit carbon pollution from new power plants, we can slow the effects of climate change and fulfill our obligation to ensure a safe and healthy environment for our children," EPA Administrator Gina McCarthy said. "These standards will also spark the innovation we need to build the next generation of power plants, helping grow a more sustainable clean energy economy."

These proposed standards will ensure that new power plants are built with available clean technology to limit carbon pollution, a requirement that is in line with investments in clean energy technologies that are already being made in the power industry. Additionally, these standards provide flexibility by allowing sources to phase in the use of some of these technologies, and they ensure that the power plants of the future use cleaner energy technologies -- such as efficient natural gas, advanced coal technology, nuclear power, and renewable energy like wind and solar.

Power plants are the largest concentrated source of emissions in the United States, together accounting for roughly one-third of all domestic greenhouse gas emissions. Currently, nearly a dozen states have already implemented or are implementing their own market-based programs to reduce carbon pollution. In addition, more than 25 states have set energy efficiency targets, and more than 35 have set renewable energy targets. While the United States has limits in place for arsenic, mercury and lead pollution that power plants can emit, currently, there are no national limits on the amount of carbon pollution new power plants can emit.

In 2009, EPA determined that greenhouse gas pollution threatens Americans' health and welfare by leading to long lasting changes in our climate that can have a range of negative effects on human health and the environment. Taking steady, responsible steps to cut carbon pollution from new and existing power plants will protect children's health and will move us toward a cleaner, more stable environment for future generations, while supplying the reliable, affordable power needed for economic growth.

The agency is seeking comment and information on today's proposal, including holding a public hearing, and will take that input fully into account as it completes the rulemaking process. EPA's comment period will be open for 60 days following publication in the Federal Register. In a separate action, EPA is rescinding the April 2012 proposal.

Separately, EPA has initiated outreach to a wide variety of stakeholders that will help inform the development of emission guidelines for existing power plants. EPA intends to work closely with the states to ensure strategies for reducing carbon pollution from existing sources are flexible, account for regional diversity, and embrace common sense solutions, allowing the United States to continue utilizing every fuel source available. In accordance with the June 25 Presidential Memorandum, EPA will issue proposed standards for existing power plants by June 1, 2014.

President Obama's Climate Action Plan, announced at Georgetown University on June 25, 2013, takes steady, sensible, and pragmatic steps to cut the harmful carbon pollution that fuels a changing climate, prepares our communities for its impacts, while continuing to provide affordable, reliable energy for Americans.