Try as they might, automakers don't always score slam dunks when it comes to making the kinds of cars people want to buy. Other times, otherwise successful cars and trucks go into sales hiatus, either because they are being phased out in favor of a new or refreshed model or because the automaker is no longer producing them in large numbers.

Whatever the reason, the list of car sales for September of 2015 was littered with several vehicles that caught our attention because of low sales volume. As you'll see, some automakers have legitimate excuses for poor sales, while others... well, don't.

Click on the image above to see the biggest offender.

Mercedes sold just 299 CLS-Class cars in September of 2015. Over the same period just one year prior, the German luxury brand reported sales of 1,100 units. That represents a perilous 73-percent dropoff in sales.

To be fair, sales of luxury sedans has fallen in general so far in 2015. With fuel prices low and a lot of new crossover and SUV models sharing space on showroom floors across the United States, new-car buyers are opting for bigger vehicles. Still, for a model that was recently refreshed and has been a hot seller in the past, Mercedes can't be happy with the sales performance of its so-called four-door coupe.

After getting a major redesign for the 2015 model year, the Honda Fit is one of the newest subcompact hatchbacks for sale in the United States. That fresh new design hasn't equaled strong sales, however, as Honda reported just 1,279 Fit sales in September.

While it's true that small car sales are lagging across the United States as gas prices remain low and finance deals remain attractive, the Fit's dismal results represent a decline of over 80 percent when compared to the same period a year prior. On the plus side, Honda just introduced a new compact crossover called the HR-V, and that model appears to be selling well. 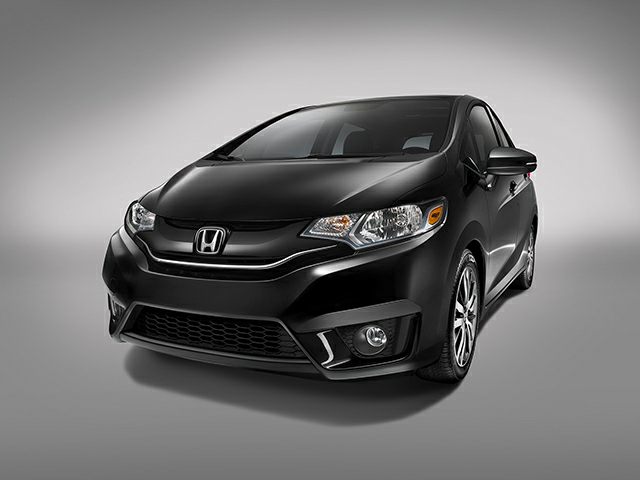 The Volvo S60 Cross Country is a brand-new model. Basically the sedan version of the brand's V60 Cross Country wagon, we're not surprised that it has failed to set the showroom floor on fire.

While we wouldn't expect huge sales numbers, Volvo sold just 29 S60 Cross Country units in its second full month on sale. That's a really poor sales performance, and it's significantly fewer even than the 50 Volvo sold the previous month.

By way of comparison, Volvo sold 1,265 regular S60 sedans and 134 V60 Cross Country wagons. It's way too early to panic, but we're sure the S60 CC's sales performance is being closely watched by Volvo management.

Seeing the Cadillac ELR on this list of cars that aren't selling well shouldn't come as a surprise. Cadillac's sleek hybrid coupe carried a sticker price when first launched that was much higher than buyers were willing to pay. Big discounts came quickly, and now the price has officially dropped by $9,000.

Still, Cadillac only sold just 36 ELRs in September of 2015.

Want the most efficient automobile for the least amount of cash? Consider the four-door Mitsubishi i-MiEV hatchback. This four-seat electric car is cheap, starting at just $22,995 – and that's before a $7,500 rebate from the federal government for buying an electric car.

For whatever reason, such a low asking price isn't pushing many of these egg-shaped electric cars off the showroom floor. Mitsubishi sold just 3 i-MiEV hatchbacks last month. That's down nearly 80 percent from the same month in 2014.