Everything we know about the 2020 Ford Bronco

Here's where we stand on the long road to production

Autoblog Staff
Yes, the Ford Bronco is back. Or at least it will be in 2020. We've gathered all of our intel in this handy guide to help you track this classic SUV's development up until the day it returns. As we learn more, this page will be updated, so keep an eye on it. Below you'll find a breakdown of the knowns and unknowns followed by a timeline of what we learned when.

What we think we know:

Here's a timeline from where we are today:

The awkward 'ute returns in this batch of spy shots. We get to see detailed photos of whatever Ford is trying to hide with some pretty creative coverings in the rear wheel wells. Expect to see more and more of these Bronco mules as we near reveal time.

February 28, 2019: The first spy shots of what looks like a Ford Bronco test mule hit the internet

Up until this point, all we've seen of the Bronco is it supposedly sitting under a massive sheet. Now test mules are beginning to run around wearing a whole lot of camouflage. The stubby truck is clearly Ranger-based with its full Ranger cab, but everything else is quite bizarre looking. What is abundantly and wonderfully obvious is the massive amount of ground clearance this truck has.

January 14, 2019: Ford announced the next five models it will reveal, and the Bronco is one of them

Ford further defined the deadline for announcing the Bronco at the 2019 Detroit Auto Show by declaring it to be one of the next five vehicles Ford reveals over the next 24 months. The wait is nearing its end.

This one isn't the Bronco we're on the edge of our seat for, but it was cool to see photos of the more road-friendly version coming. A blocky and retro design from this vehicle gives us even more hope for how awesome the real Bronco is going to look.

Ford made the announcement at the 2017 Detroit Auto Show: The Bronco is returning in 2020, a year after the new Ranger midsize truck. Yeah, we already knew that, but it was nice to hear all the same. The two revived nameplates will be built alongside each other at Ford's Michigan Assembly Plant.

A report from the Australian publication Motoring said that the new Bronco will be engineered at Ford's facilities down under. This makes sense, since Ford Asia-Pacific Product Development Center took the lead on the current Ranger pickup, as well as the Everest SUV with which it shares a platform. Since we expect the new Bronco to use a new version of that platform, it only makes sense for the job to stay in Oz.

Whether he should or shouldn't have, UAW local 900 chairman Bill Johnson let slip that the Bronco and Ranger pickup would be built in Michigan. The conversation came about because then-presidential-candidate Donald Trump was giving Ford a hard time about moving Focus and C-Max production away from the Michigan Assembly Plant in Wayne, Michigan, and shipping it off to Mexico. In an interview, Johnson said he wasn't worried about job loss because Michigan Assembly was scheduled to pick up Bronco and Ranger production instead. And that's how we got our confirmation of a reborn Bronco. A set of awesome renderings arrived on the internet, courtesy of Bronco6G.com. Everyone swooned. The retro-futuristic design takes the best of the 2004 Bronco concept, smoothes the sharp edges, and mixes in some modern Ford lines. If the new model looks anywhere near this good, it'll be a winner.

At the 2016 Chicago Auto Show, Ford US sales and marketing vice president Mark LaNeve announced plans to introduce four new utilities ( crossovers or SUVs) in the following four years, although he didn't specify precisely what they would be. We immediately thought a new Bronco was a very good bet. We uncovered a trademark filing for the Bronco name and started hoping that it meant a new version of the classic SUV was on the way. Hey, we were right! Vindication feels good. 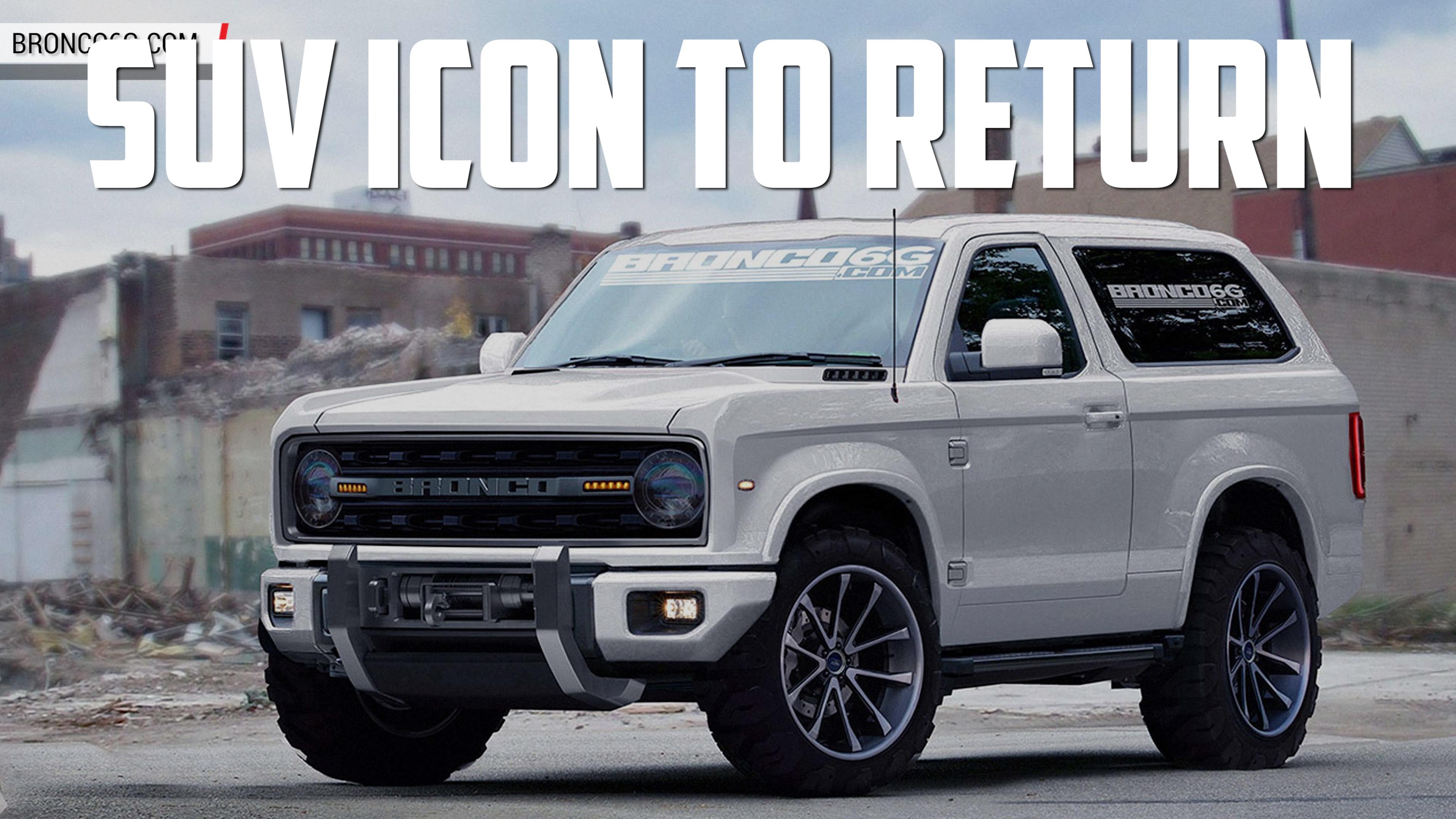 Koenigsegg made a short film, so you obviously need to go watch it now