J.D. Power's latest Vehicle Dependability Study is out, and, not surprisingly, Lexus sits at the top for the ninth time in the last 10 years. Right behind Lexus is Porsche, followed by Kia, which is the highest-ranked mass-market brand in the study. Genesis, last year's top-ranked brand (in its first year included in the results), fell from first to eighth, though the G80 sedan did earn an award in its midsize luxury segment. The Porsche 911 was called out as the Most Dependable Model by J.D. Power for the second time in the last three years.

The vehicles being studied are from the 2018 model year, which means owners have had three years to get to know their cars and trucks. It's notable that this year's study shows a marked improvement in overall vehicle dependability as tracked by J.D. Power. The overall level of problems, scored by the number of problems per 100 vehicles (PP100), declined by 10% compared to last year.

"The study results validate what we have known for some time," said Dave Sargent, vice president of global automotive at J.D. Power. "Automakers are making increasingly dependable vehicles — but there are still some problem areas that need to be addressed and some warning signs on the horizon." 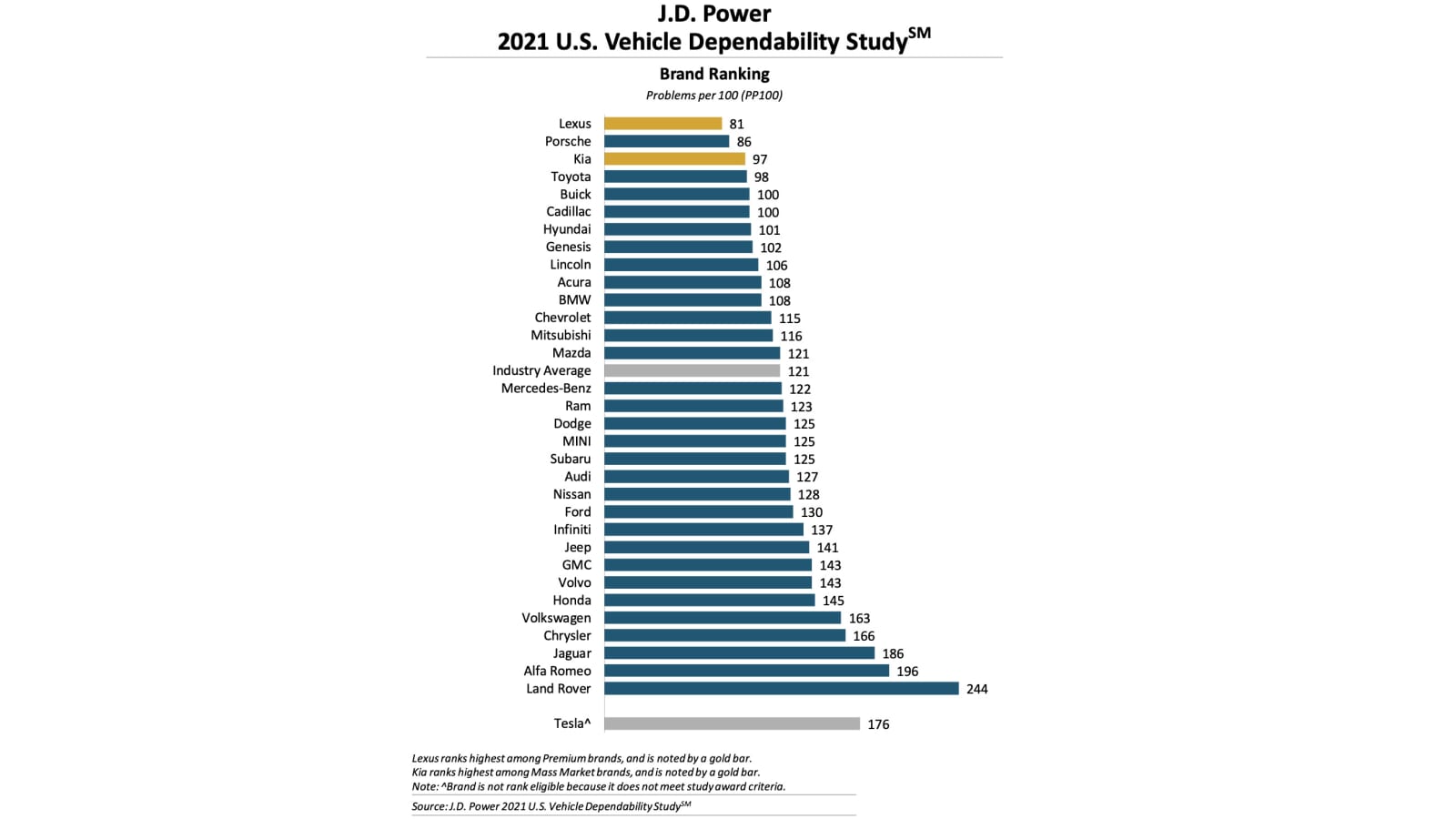 Tesla makes its inaugural appearance on the Dependability Study, though its score of 176 PP100 isn't official. Tesla is the only automaker that has chosen not to grant J.D. Power permission to survey its owners in all 50 states.

All issues reported by owners are all tracked equally, which means a problematic phone pairing procedure dings an automaker's rating the same as a blown engine or transmission. And in fact, the ACEN category has more reported problems than any other, which means the majority of problems reported don't lead to a vehicle that leaves its owner stranded.