Volkswagen updated the Arteon, its halo model in the United States, with a sharper-looking front end and a significantly improved interior packed with more tech. It also expanded the range with a wagon named Shooting Brake, though it quickly confirmed the long-roof model was not developed with the American market in mind.

Although the Arteon is not a high-volume car, Volkswagen stressed it's an important part of its range. It acknowledged crossovers rule the market, and it's planning on adding more high-riding models to its portfolio, but it remains fully committed to sedans. And, with the Touareg out of the picture here, the Arteon is its flagship.

"We've made it well clear, contrary to potentially some of our competitors, that we still want to be very well vested in the sedan segment," said Hein Schafer, Volkswagen's senior vice president of product marketing and strategy, in a call with Autoblog. He added it complements the driver-friendly Jetta GLI and Golf GTI well.

Designers took the Arteon's front end in a sportier direction without making it less elegant or overly aggressive. It receives a grille with fewer horizontal slats and reshaped air intakes connected by a strip of bright trim, while variants equipped with the R-Line package (shown in our gallery) get an LED light strip that connects the headlights and underlines the Volkswagen logo. New 18- and 20-inch alloy wheel designs and three additions to the color palette called Oryx White, Kings Red Metallic, and Lapiz Blue, respectively, round out the list of exterior updates, though eagle-eyed car-spotters will also notice stylists changed the Arteon lettering's font on the hatch.

We labeled the Arteon's interior "conservative to a fault" the last time we drove one, and Volkswagen has seemingly addressed this shortcoming. The driver now faces a redesigned steering wheel with touch-sensitive controls on the horizontal spokes, and every model regardless of trim level comes standard with a digital instrument cluster called Digital Cockpit in Volkswagen-speak. Look right, and you'll spot an 8.0-inch touchscreen that displays the MIB3 infotainment system, which is compatible with wireless Android Auto and Apple CarPlay, plus a more premium-looking climate control panel with touch-sensitive sliders instead of buttons.

Wireless charging is available, the air vents receive a sleeker look, the analog clock is gone, and we're told the cabin benefits from much-improved materials. Space for people and gear is one of the Arteon's strong points, and that hasn't changed. It offers 27 cubic feet of cargo space behind the rear seats, and 55 cubes with the rear seats folded flat. The storage area stretches up to 82.4 inches long, so it's more practical than its proportions suggest.

There are no major mechanical modifications to report. Power still comes from a turbocharged, 2.0-liter four-cylinder engine rated at 268 horsepower and 258 pound-feet of torque. Front-wheel drive and an automatic transmission come standard, and 4Motion all-wheel drive is offered as an option on some trim levels. European markets will receive a 215-horsepower plug-in hybrid option, but there's no indication it will be made available here. And, the 315-horse R-badged model hasn't received permission to cross the pond, either.

Volkswagen's updated 2021 Arteon will go on sale across the United States in November. Its trim level hierarchy has been simplified, and buyers will have three models named SE, SEL R-Line, and SEL Premium R-Line, respectively, to choose from. The last two come standard with the R-Line package, and they can be configured with 4Motion at an extra cost. Pricing information hasn't been announced yet, but the updated Arteon is not expected to cost significantly more than the 2020 model, which starts at $37,015 and maxes out at $48,715 before options enter the equation. Both figures included a mandatory $1,020 destination charge.

What about the wagon? 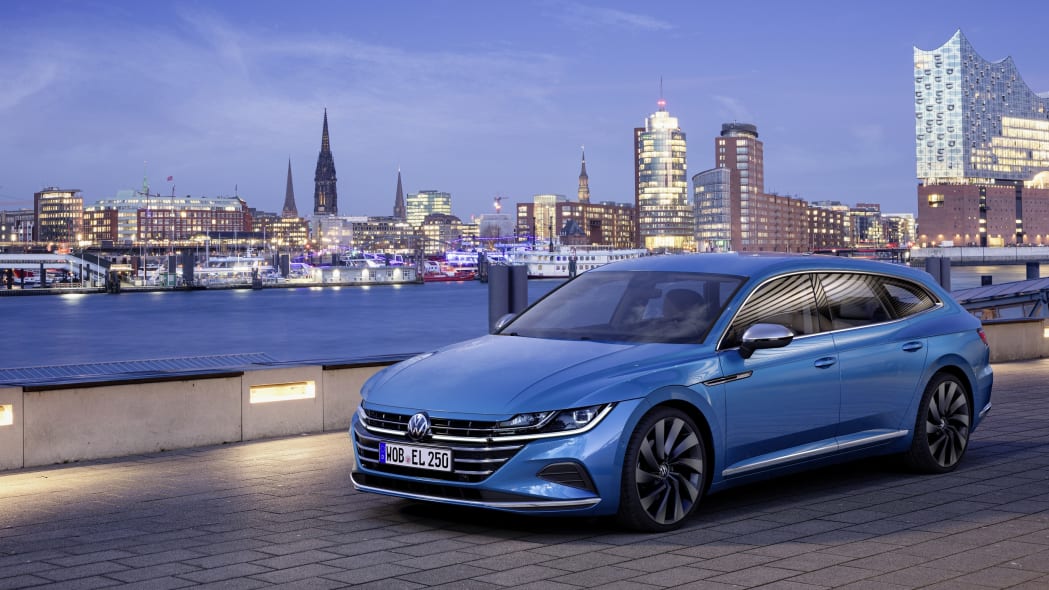 If you're in America, the story ends here. If you're in Europe, or in a handful of other global markets, you'll have a new Shooting Brake variant to choose from that puts an equal emphasis on form and on function. It's nearly identical to the Arteon hatchback under the sheetmetal and when it's viewed from the front, but its roofline flows into a more upright rear end accented by a spoiler right above the hatch's window. It offers more space for people and gear than its sedan counterpart, but it wasn't designed with the United States in mind and it's not coming here. That's not a "maybe" with a wink and a nudge, or a "we'll think about it." It's been categorically ruled out.

Volkswagen pointed out the wagon segment is tiny in the United States, which also explains why the Golf Alltrack isn't coming back here, and it's only going to get smaller in the coming years. And, although the Shooting Brake is based on the same platform as the Arteon, it's considered a fundamentally different car from a legal standpoint.

"The challenge we face is that, to bring any particular car into the United States, you have to redo homologation. And, because the Shooting Brake has a different body, you have to go through the entire crash-testing process. The cost of bringing a different body style is extremely high. Then, you look towards the number of cars you're going to sell to see if the business case makes sense," Schafer said. "Although all petrolheads — myself included — would die to drive one, the reality is that you're looking at very low numbers and very high costs." 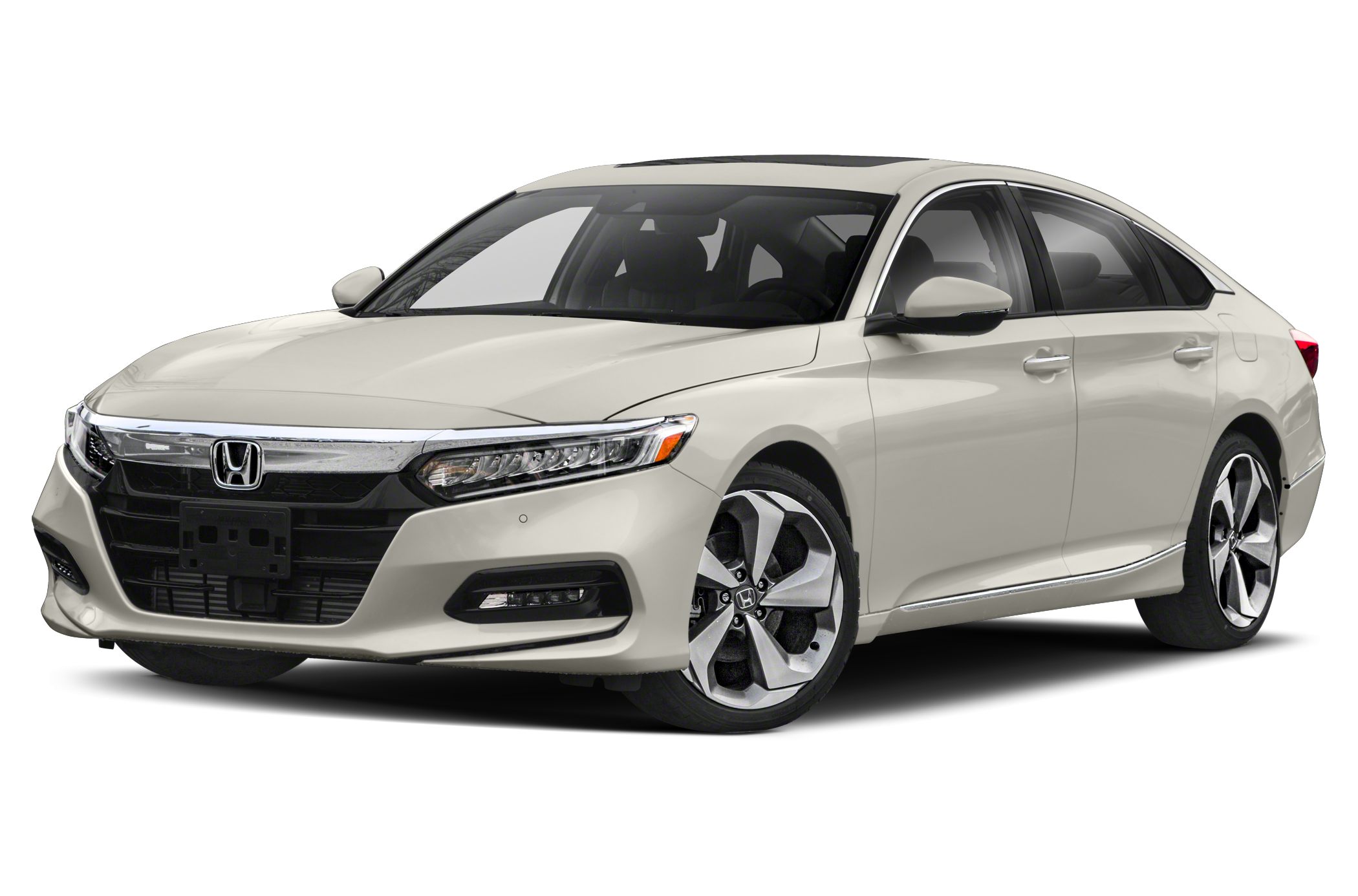 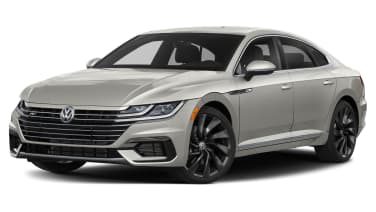 $2,425 - $3,291 Nat'l avg. savings off MSRP
See Local Pricing
I'm not in the market for a vehicle at this time. Please move this suggestion to the side for 30 days.
Huge Savings