Another of Toyota's legendary 1970s Hilux pickups reaches the end of its life in a Colorado junkyard.

Toyota sold plenty of small pickups prior to the Hilux's introduction in 1968, including the old-timey Stout and cartrucks based on the Crown and the Corona. The Hilux ended up being one of Toyota's all-time most legendary vehicles in company history, if not the most legendary, in large part due to its reputation for durability in low-intensity conflicts around the globe. You can still buy a brand-new Hilux, though not in North America; the commute-friendlier Tacoma replaced the commercial-grade Hilux starting with the 1995 model year here. While the first-generation Hiluxes could be purchased on our shores (and some were), the 1973-1978 second-gen trucks were the ones that really established Toyota as a major truck player in the American market. Here's one of those trucks, a very worn-out '78 in a Denver-area car graveyard. 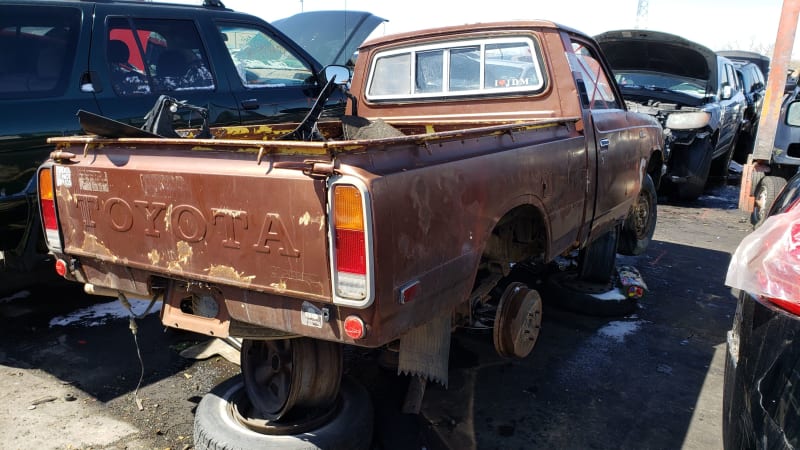 Toyota stuck with the Hilux/Hylux name in North America into the 1973 model year, at which point the name of this truck became, simply, the Toyota Truck. Just as most American owners of Volvo Amazons no longer use the official North American name (the 122S) for their cars, so do most owners of Toyota Trucks now deploy the Hilux name for their trucks. 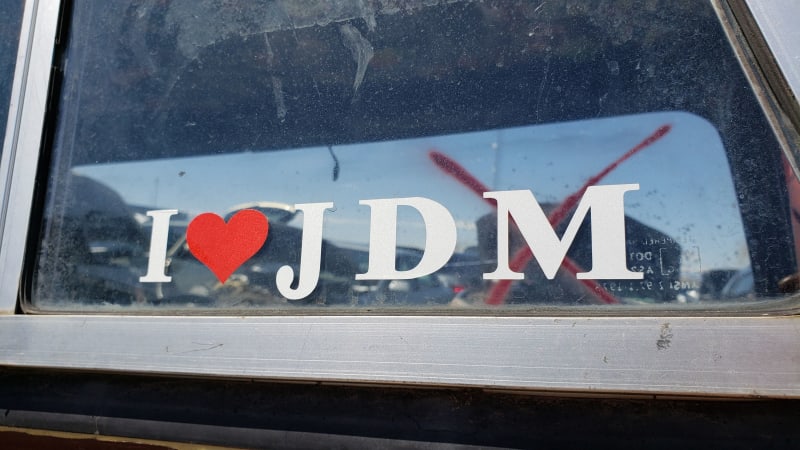 We can feel confident that final owner of this Truck called it a Hilux, if we are to judge by this sticker on the rear glass. 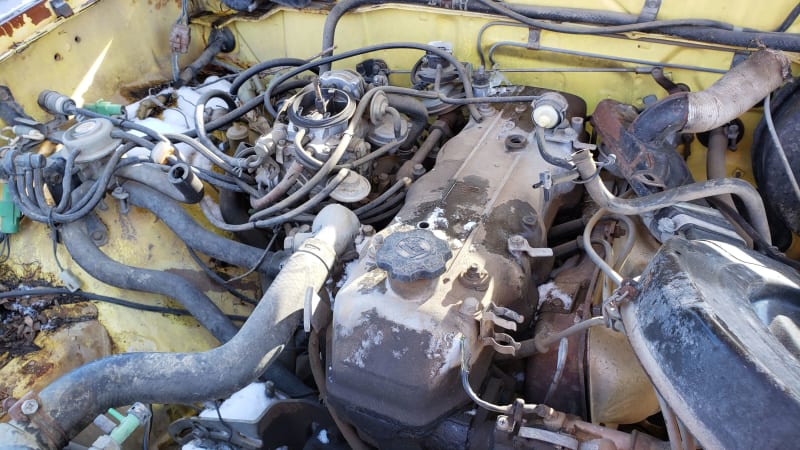 At the Truck's heart, the amazingly reliable (unless you try to race it) 20R 2.2-liter four-cylinder engine. 90 horsepower, available at truck-like low revs. This engine also went into the Celicas of the era, where it seemed out of place in a sporty car. I keep hearing that owners of Trucks with later 22Rs clean out all of the 20R cylinder heads from junkyards (because you get better flow and higher compression with that swap), but I see plenty of 20R heads during my junkyard travels. 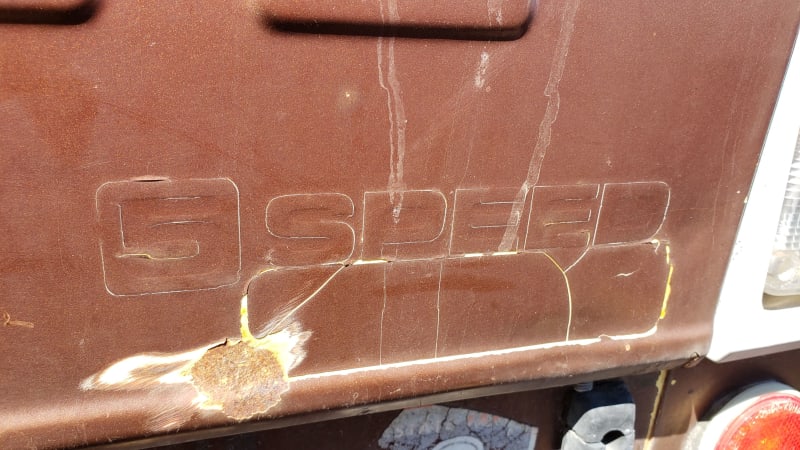 5-speeds weren't particularly exotic by 1978, but Toyota was proud that Truck buyers could get them that year. 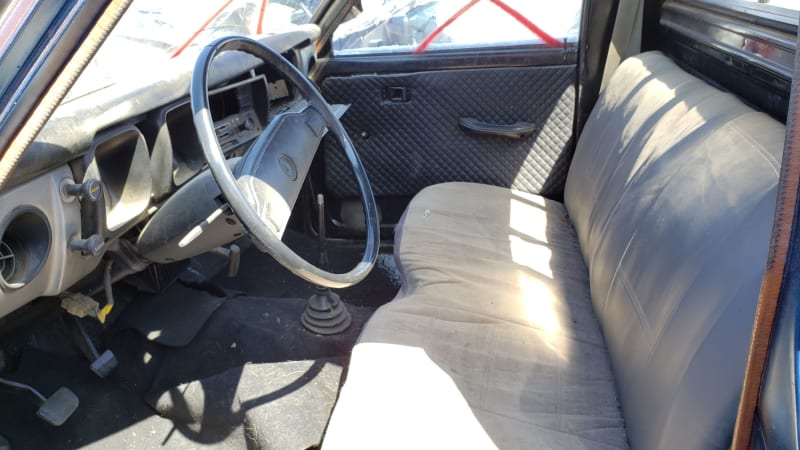 Did it still run when it took that final tow-truck ride to this place? I'll bet it did. 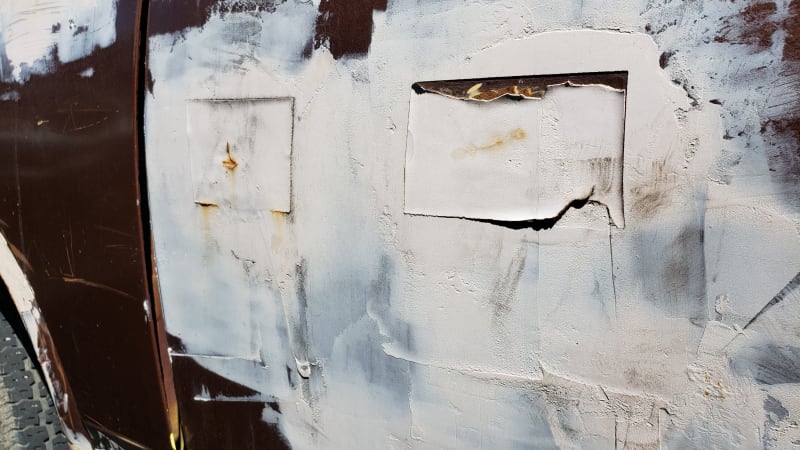 The biggest problem with the Truck, as with most Japanese vehicles of the 1970s, was its susceptibility to corrosion. The Rust Monster doesn't work as quickly in Colorado as it does in, say, New Hampshire or Wisconsin, but it will consume a Truck if given enough time. At some point in the recent past, someone tried to fix the rot with patch panels and body filler, which never buys much time. 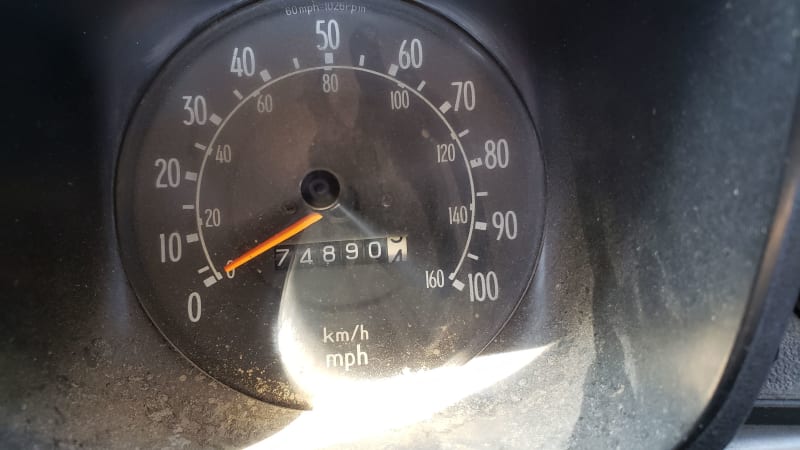 How many miles on it? No way to tell with this 5-digit odometer. 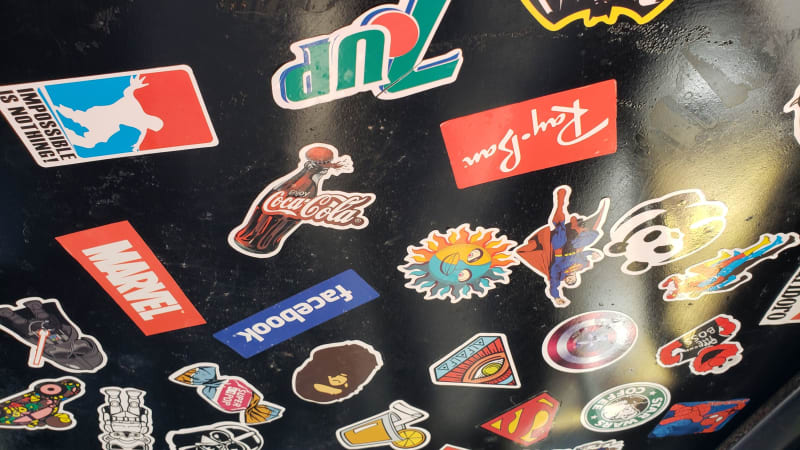 Someone personalized the cab ceiling with many stickers. Surprisingly for a Denver-area junkyard vehicle, I didn't find any stickers from breweries or cannabis dispensaries. 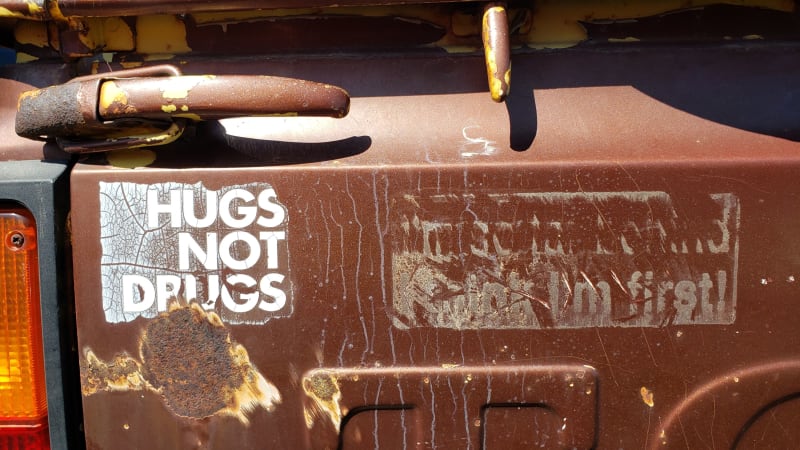 If you can find a better-built truck, buy it. Hey, didn't Lee Iacocca say something similar, a few years later?

It's strange to see the second-gen Trucks looking so shiny and new, since just about every single example you see now has been working hard for at least 42 years.

This New Zealand Hilux commercial is for the following generation, but it's worth watching regardless.