Known as the Hilux outside of North America. The third-generation Toyota Hilux pickup, sold in North America as "the Toyota Truck" or "the Toyota Pickup Truck", achieved legend status very quickly, due to the kind of reliability never before seen in a light truck. Many of them remain in active service in California, but even the toughest machine will wear out eventually; here's a used-up, 37-year-old Hilux spotted in a San Francisco Bay Area self-service wrecking yard. 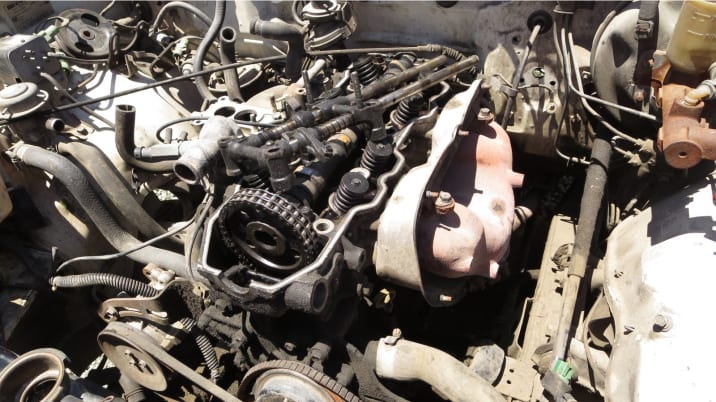 Here's the nearly-unkillable 20R engine, rated at 90 horsepower. The odometer is gone from this truck, so there's no telling how many miles this engine lasted. 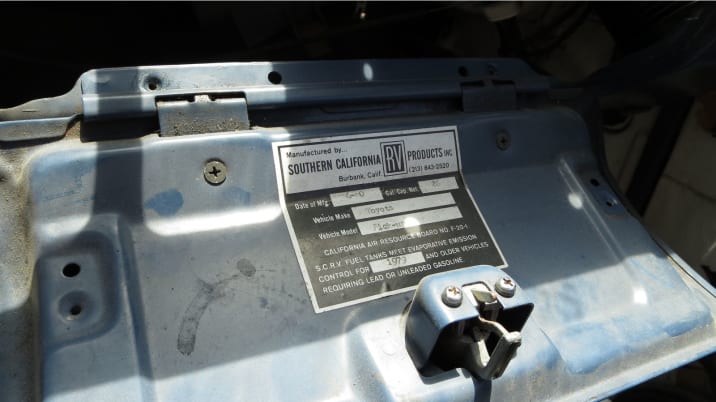 Inside the glovebox lid, a label indicating that this truck started life as some sort of camper, or perhaps Southern California RV Products was the company that installed the bed (to evade the Chicken Tax, many of these trucks were imported without beds) and added a larger-than-stock fuel tank. 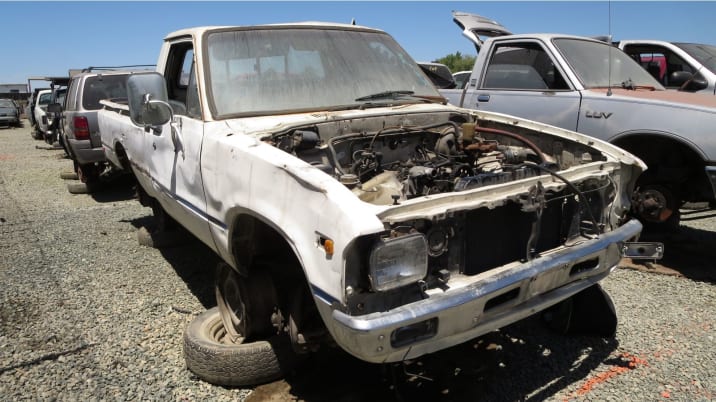 For decades, it seemed that every plumber in California drove one of these trucks. To this day, third-gen Hiluxes are used as military vehicles in the conflicts of Asia and Africa. What other truck can claim to have a war named after it?