Possible tow mirrors with surround cameras and a bed-view camera

Based on details gleaned from spy shots of a 2021 Ram 1500 Laramie Sport Quad Cab 4×4 prototype, Mopar Insiders believes the 2021 Ram 1500 will adopt a few serious pickup convenience features, two of which have found homes on Ram heavy duty pickups for years. The first is towing mirrors with cameras as part of the pickup's 360-degree camera system. The Surround-View Cameras can be had as part of the Advanced Safety Group on the 1500 now, but they haven't been available with the trailer tow mirrors. On the heavy duty Rams, the Surround-View Cameras come as part of the Towing Technology Group. It's possible Ram will address the omission with next year's 1500 pickup. The same mirrors have been seen on the Ram 1500 Rebel TRX prototypes as well.

The second hand-me-down from the heavy duty range is a bed-view camera mounted on an LED brake light at the back of the cab — Ram calls it the Center High-Mount Stop Lamp with Cargo View Camera. Some Ram owners making mods to their trucks, like installing a Tazer DT plug-in to access more vehicle settings, have discovered the camera line already installed as part of the harness. Next year could be when Ram decides to activate it.

The last feature is trailer steering knob that serves a similar function to the Pro Trailer Backup Assist that can be optioned on the Ford F-150. The knob has been seen on leaked interior shots of the Rebel TRX, so it's assumed to spread to the rest of the 1500 trims. When backing up with a trailer, a driver turns the steering wheel in the opposite direction he wants to trailer to go. To make the job easier for occasional haulers, in a truck with trailer steering feature, the driver turns the dial in the direction he wants the trailer to go, and the software takes care of turning the truck to make the request happen.

Since the fifth generation Ram 1500 only arrived for the 2019 model year, we don't expect substantive changes for 2021. Another big addition would be Uconnect 5, which debuts on the 2021 Pacifica but could slide to the Ram side of the family before the new model year. 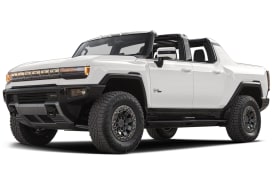 $204 - $601 Nat'l avg. savings off MSRP
See Local Pricing
I'm not in the market for a vehicle at this time. Please move this suggestion to the side for 30 days.
Huge Savings