BMW M crossovers bring legitimate on-track performance to the table, but we all know the racetrack isn’t where the vast majority of these ‘utes will be found. Instead, we’ll see them in rush hour traffic, where a comfy seat and bejeweled, luxurious interior are the two main criteria. Fittingly, then, BMW kits out the 2020 X5 M Competition with every toy in its toolbox. We spent a week in one to see if it’s enough for a car carrying a $128,245 price tag.

The standard “Full Merino Leather” BMW uses is beautiful, and our tester’s Ivory White/Night Blue quilted two-tone combination is especially pleasing to the eye. Competition versions get this spectacular leather and color-matching Alcantara headliner as standard equipment, but it’s a $3,500 option on the regular X5 M for any of the interesting colors. BMW’s seats are plenty acceptable for an M crossover. There’s a thigh bolster you have to hoist yourself over each time you step in, but there’s enough give in it that you can slide over without too much discomfort. We’re sure those bolsters will show plenty of wear as these cars age. With the $3,600 Executive package equipped, our tester had heated, cooled and massaging front buckets. You’ll need the massage to soothe your poor back after a few potholes. The powered seats themselves adjust in every way imaginable, and they even have adjustable bolsters that do good work at keeping you held in tight around corners. 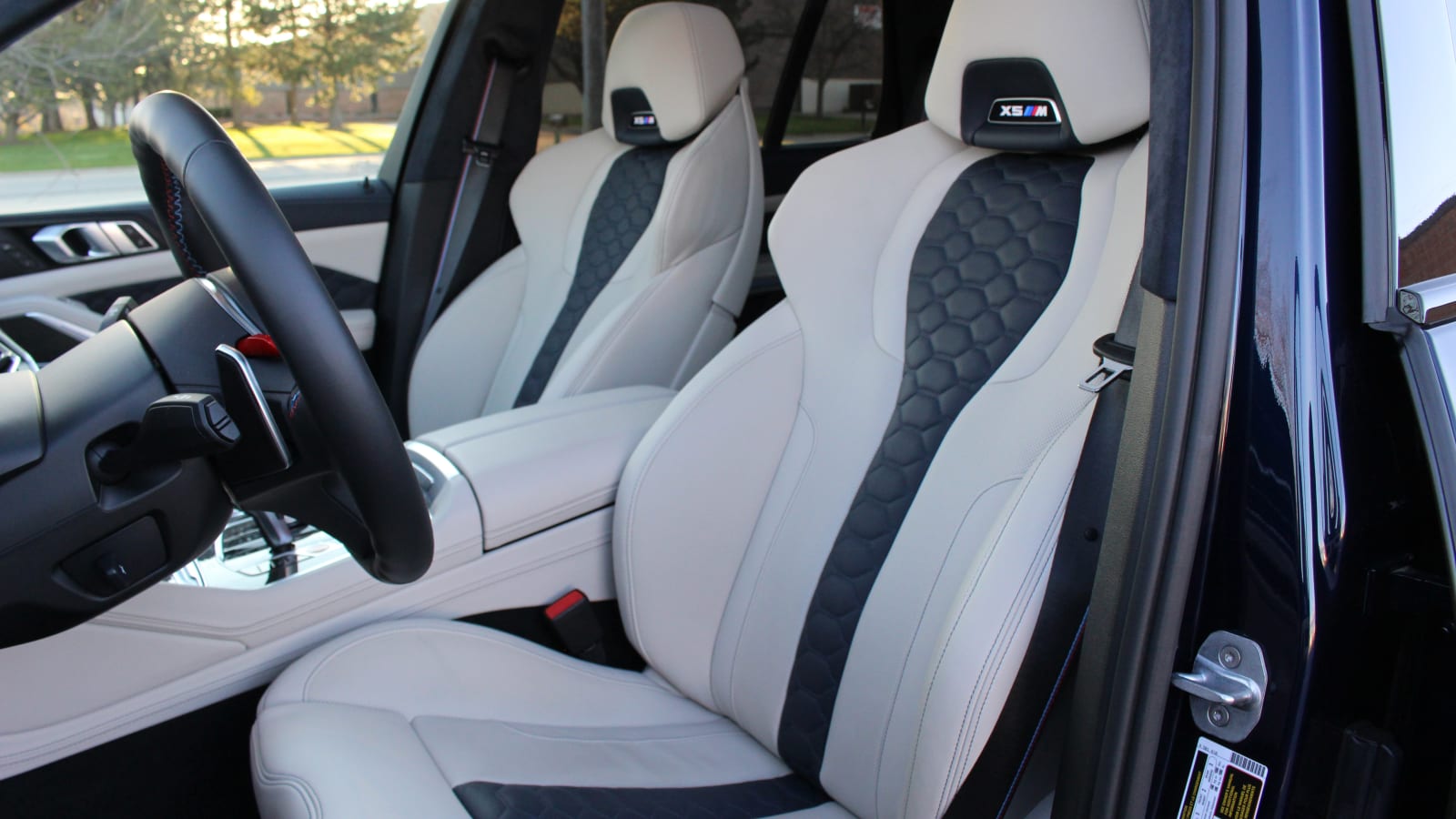 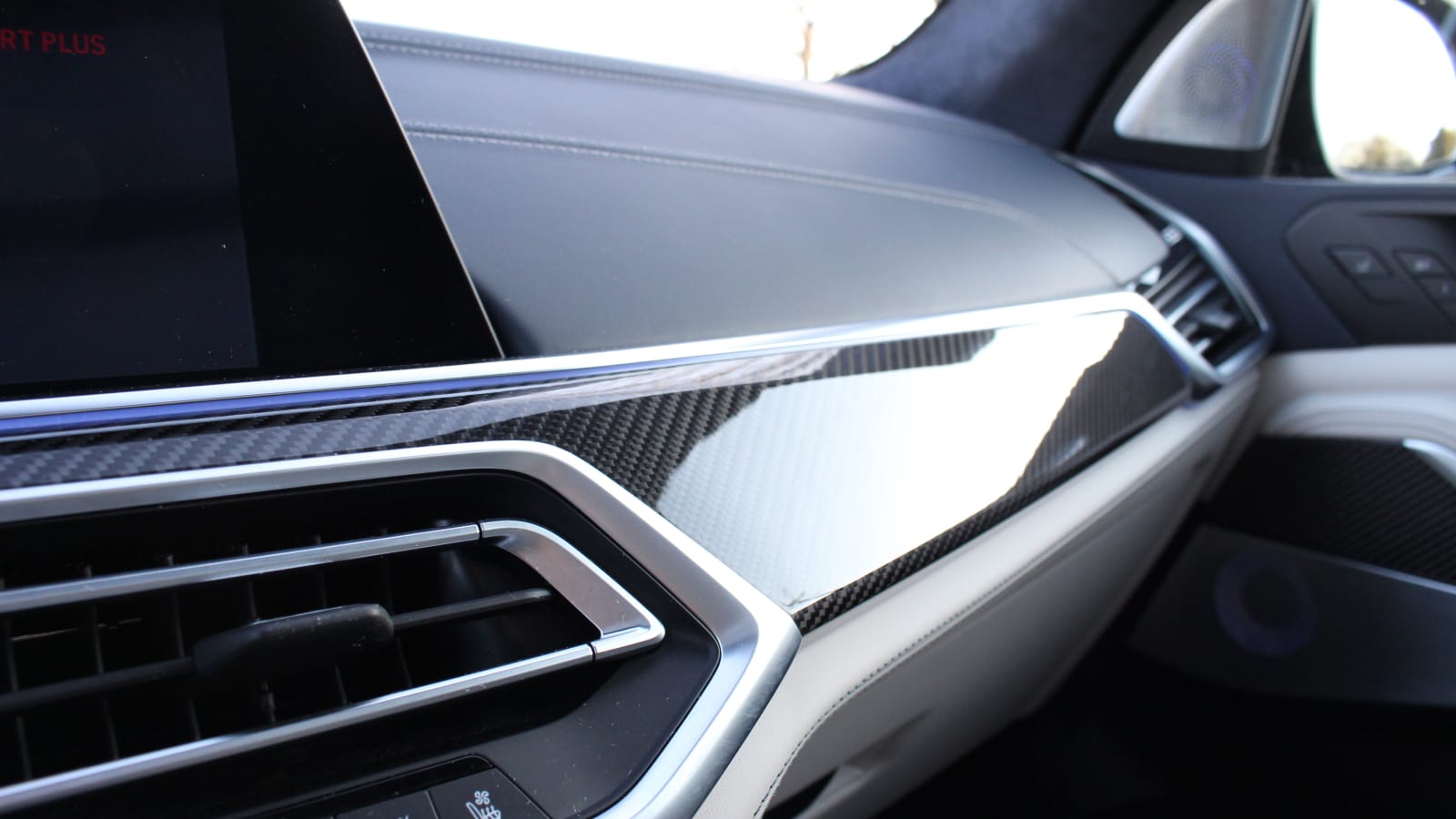 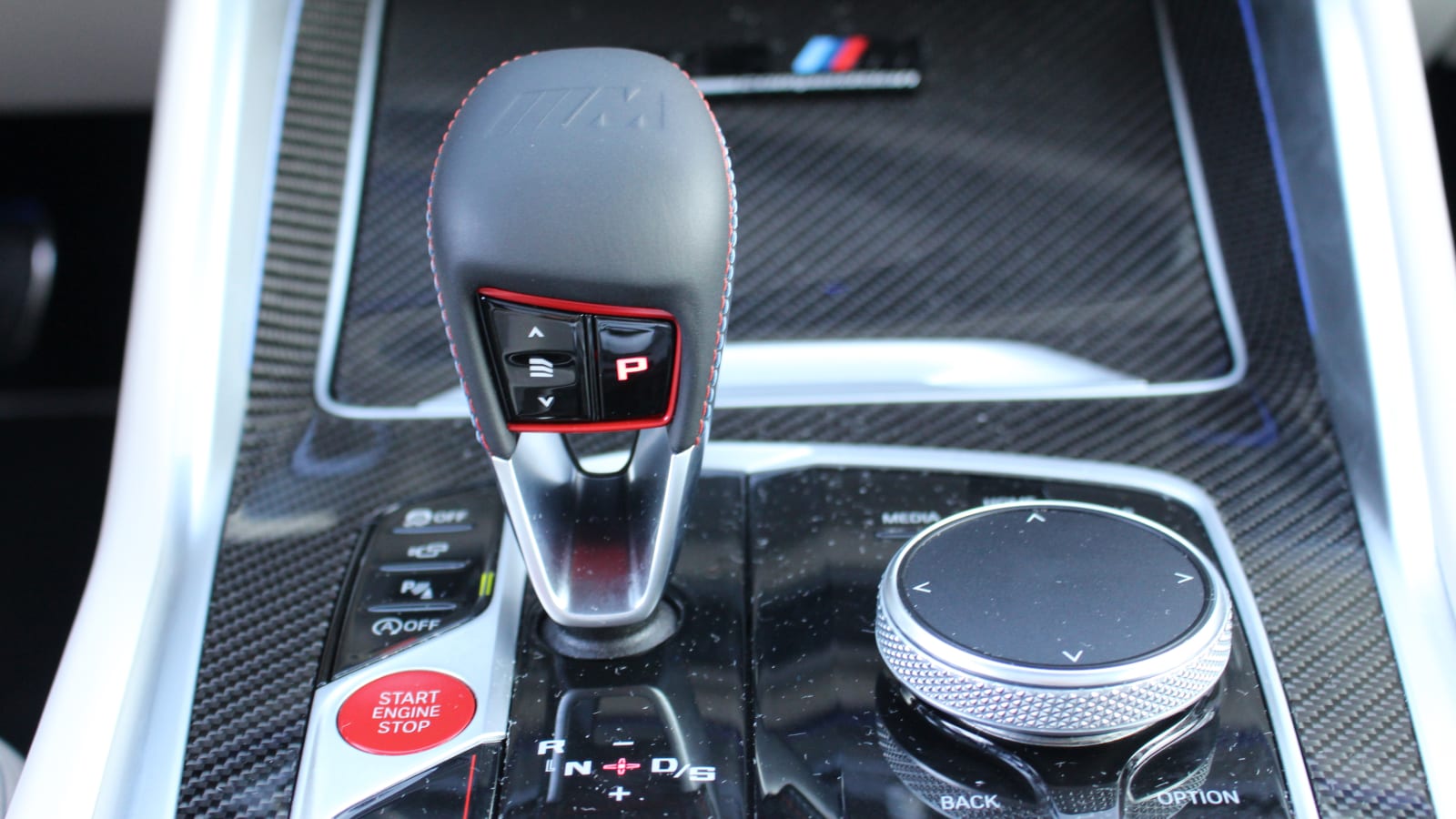 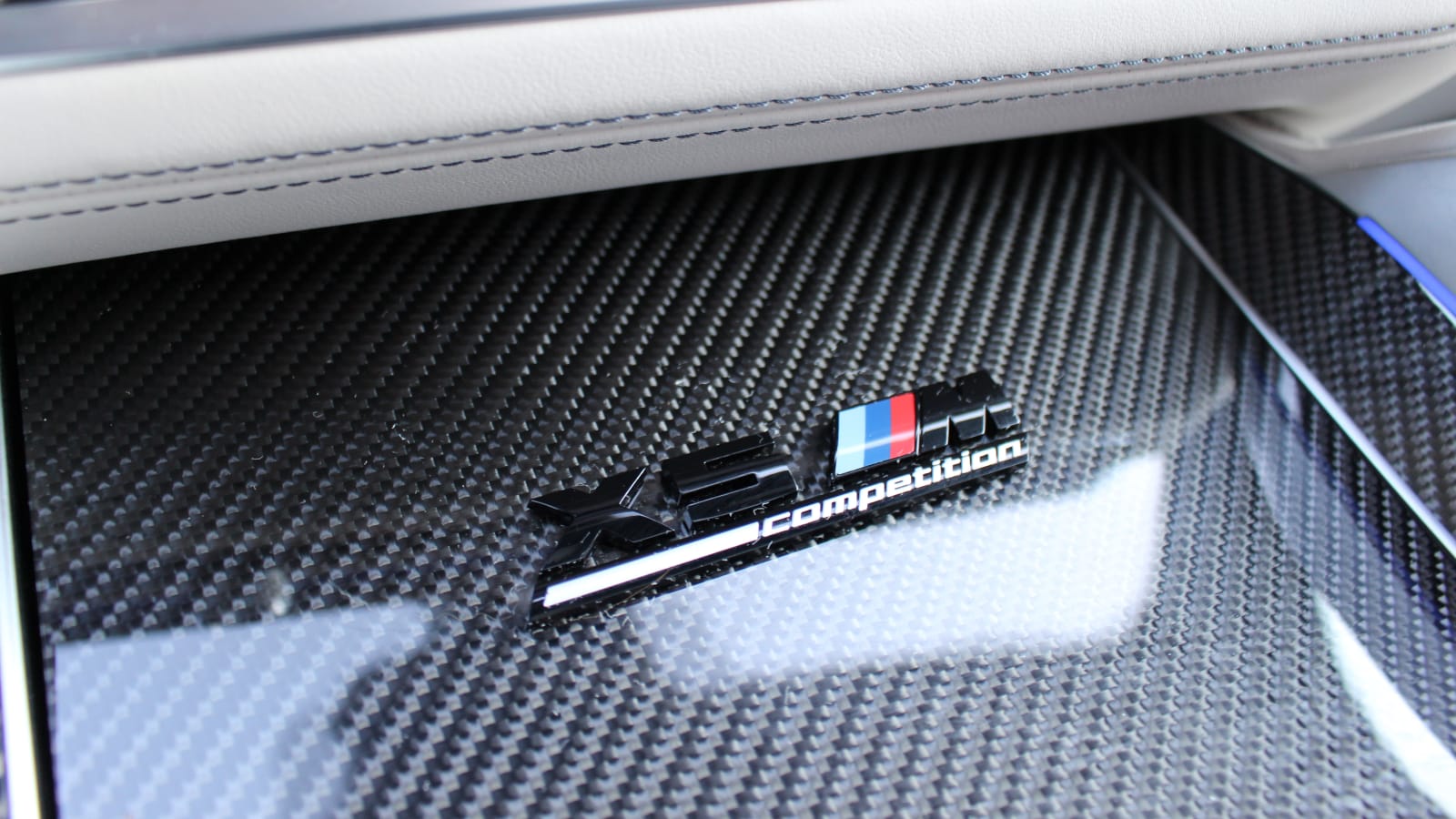 Instead of wood or aluminum trim, BMW slaps carbon fiber everywhere. It’s splashed across the dash, doors and makes up the entire gear lever surround. The cover for the cupholders and wireless phone charger is even done in carbon fiber with a prominent “X5 M Competition” badge on it. Sometimes, the carbon fiber is too much and overpowers everything else in the interior on sports cars. That’s not the case here. It’s luxurious and sophisticated with a heavy dose of sport — just what the X5 M needs. The entire interior takes on this luxurious-sport theme, too. Every driver assistance option in BMW’s arsenal is available. You can get soft-close doors, heated/cooled cupholders and a full panoramic sunroof. It has every luxury accoutrement that BMW offers plus the sporty touches laid on top of that. You end up with a heavy 5,425-pound vehicle, but no other 2020 BMW X5 will be able to top it in any category.

BMW M gear levers have been a constant source of frustration in the past. This one is better, but it’s still awfully convoluted for a device that should really be the simplest thing in a car's interior. For starters, putting it into Park is now done via a button on the right side of the lever’s stem. It’s not where you’d expect it to be, but it’s also more obvious than the old M system where you’d simply turn the vehicle off and get out, because there was no “Park.” Sounds simple and intuitive, but the whole world is accustomed to doing something to make sure their car doesn’t roll away. This new shifter satisfies that.

To put the car in Drive, you just toggle the lever to the right. And toggle it one more time if you want to shift it yourself — that’s done via the disappointingly small and plasticky-feeling paddles on the steering wheel, or pushing the gear lever itself forward and back. Reverse is activated when you move the lever left and up, but here’s the curveball, it stays in that position instead of rocking back to center like it does when you put it in Drive. Putting it back into the central resting zone then triggers neutral. Weirdly, the Park button isn’t the only button on the lever either. The button closest to the driver allows you to adjust the shift mode between three levels of aggression. All of it is a tad confusing at first, but the silver lining is that it’s better than BMW shifters of yore. 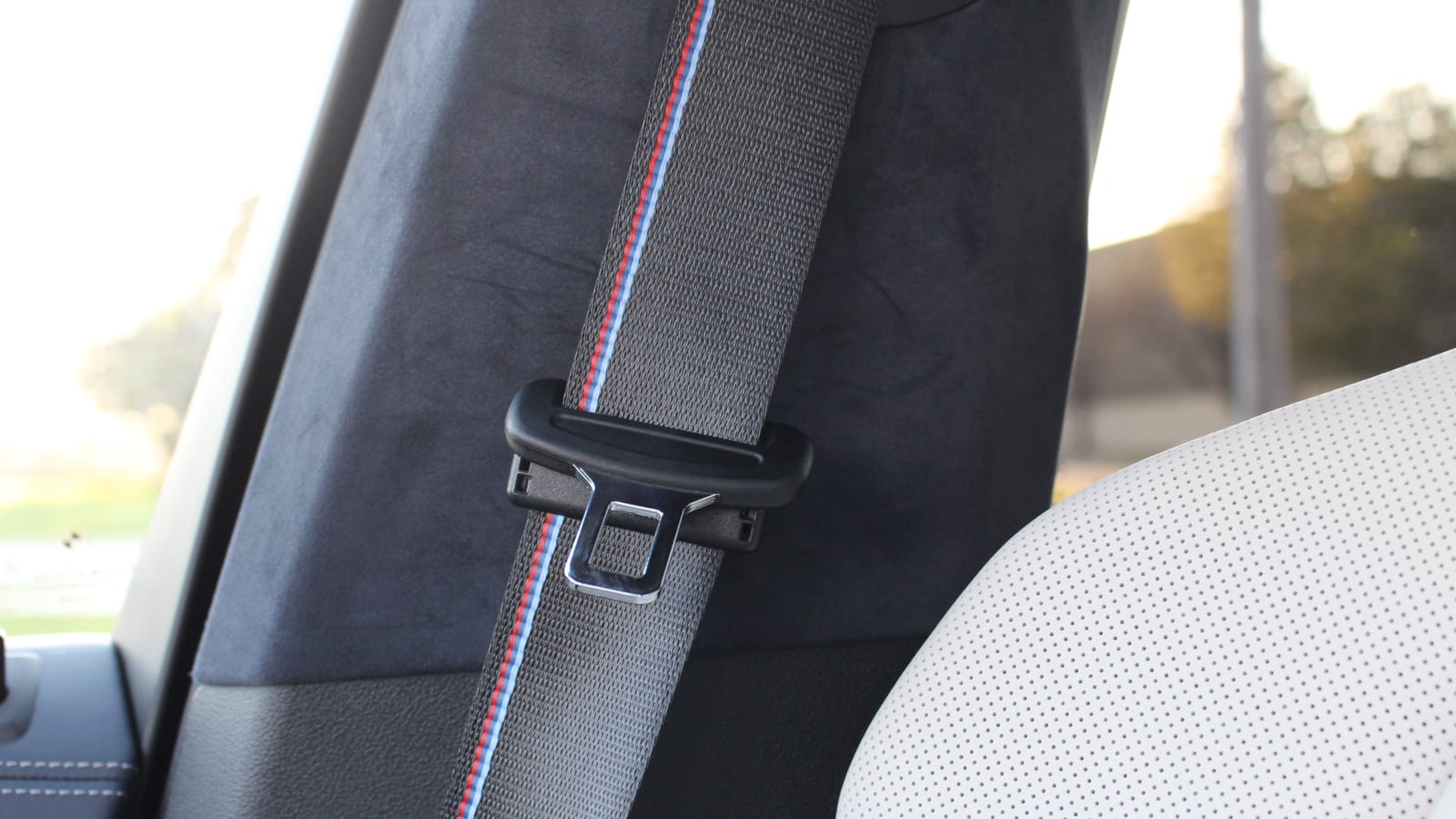 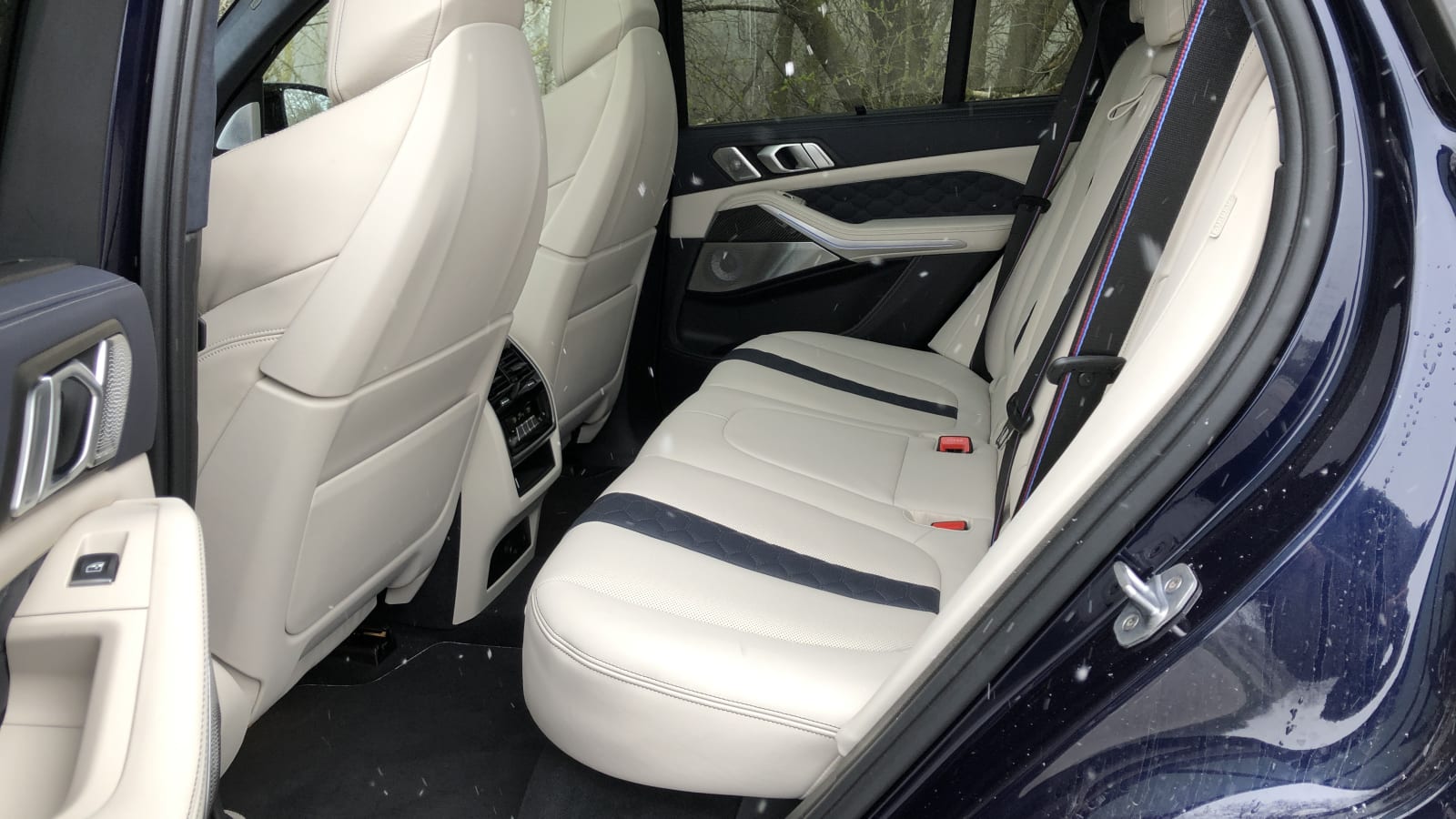 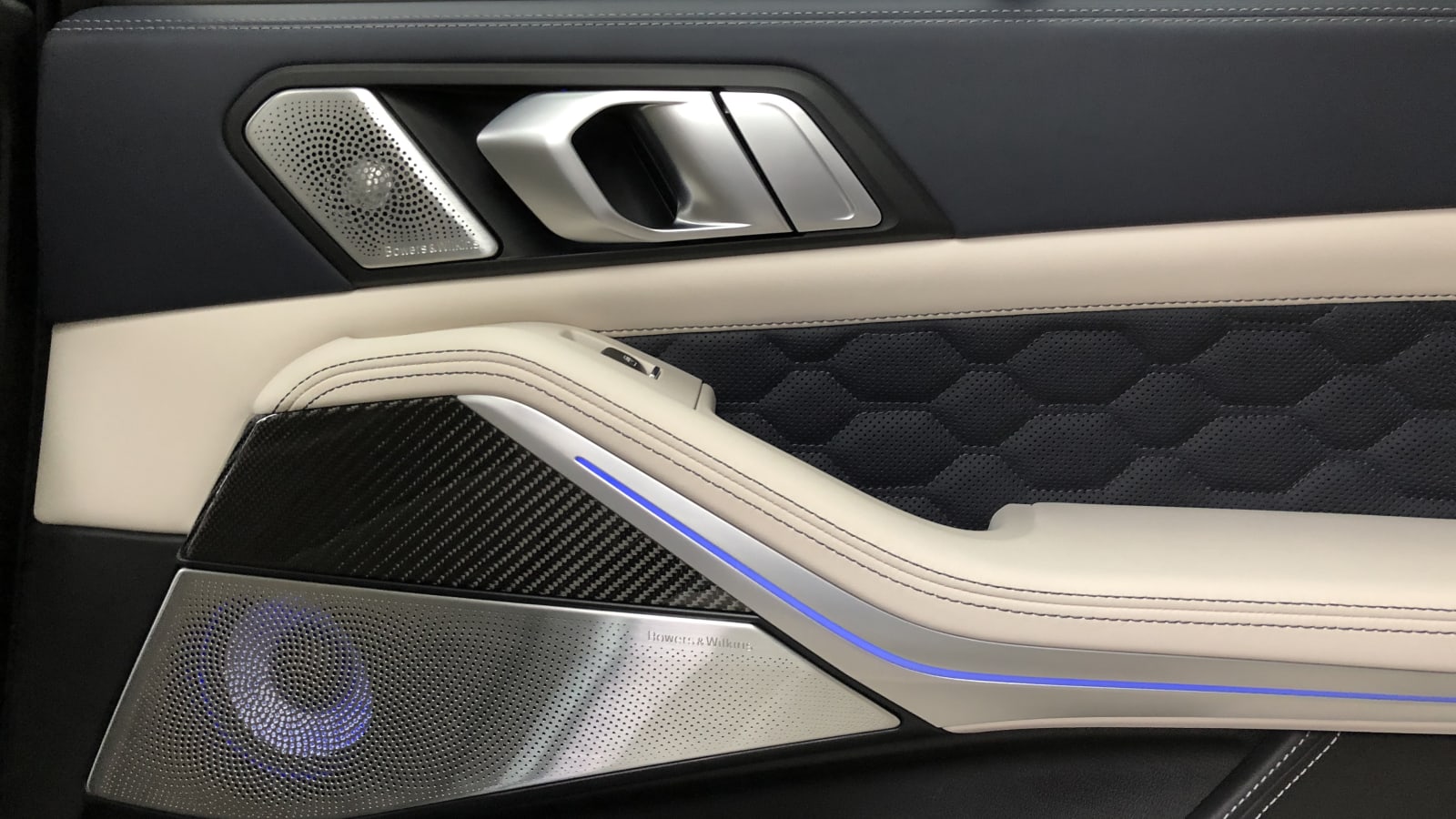 M accents are found throughout the interior, too. Red, blue and white stitching is most prominent on the seat belts, steering wheel and gearshift lever. It’s enough to let you know you’re in an M car, but doesn't go to Gucci levels with its self branding. BMW takes ambient lighting one step further than the typical LED piping, too. The emblems in the front headrests light up at night, emitting a lovely M glow in the cabin.

BMW’s iDrive 7.0 works the same in the X5 M Competition as it does in other X5s — it’s a quick and polished system with loads of features. You can read our verdict on this infotainment system here. And you can also get up to speed on how BMW’s various drive mode adjustments and screen displays affect the driving experience here. 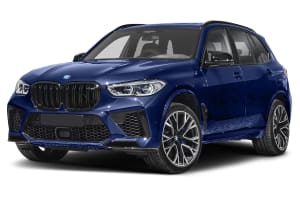