The rumors appear to be true 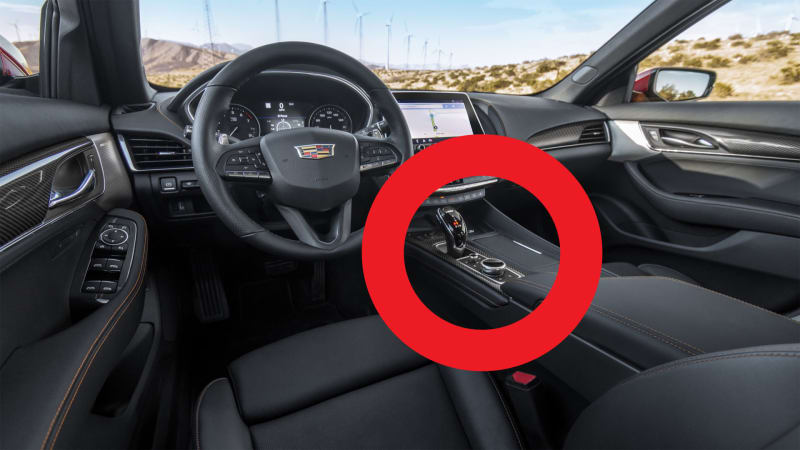 Fans of the old Cadillac CTS-V (and high-performance sedans in general) may have something to be excited about. A series of interior photos leaked Tuesday reveal that prototypes of the forthcoming higher-output variant of the CT5-V Sedan have been equipped with a manual gearbox.

Exclusive: Photos show the wilder Cadillac CT5-V will have a manual transmissionhttps://t.co/Ta8hZ804eg

Photos obtained by our friends at The Drive show a partially camouflaged CT5-V prototype with a full interior and what appears to be a manual gear selector. While the shifter and its boot are partially obscured by a plastic covering, it's obvious that the knob is not the same one paired with Cadillac's automatic gearboxes, such as the one featured in our expertly augmented photo above.

This is not the first time the potential for a stick-shift option in the new, higher-end "V" cars has been floated. Rumors suggesting that the as-yet-unnamed higher-output CT4-V and CT5-V models might be so-equipped (at least optionally) circulated late in 2019. This, in addition to significantly higher power outputs and revised suspensions will set them apart dramatically from the base CT4-V and CT5-V, which are intended to compete with the likes of the Audi "S" line of vehicles. 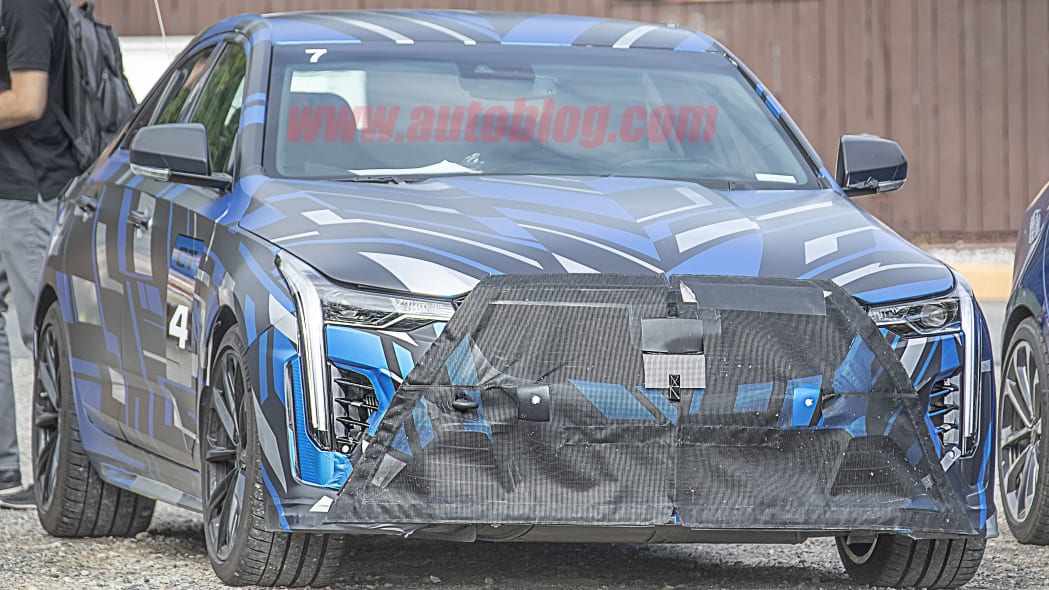 GM has been quite cagey when it comes to details about these new models. We know they'll follow in the footsteps of previous-generation "V" cars, which were aimed squarely at Europe's powerhouse sport sedans. The hotter CT5 variant is expected to employ the automaker's 6.2-liter supercharged V8, which made 640 horsepower in the now-dead CTS-V.

We reached out to Cadillac for comment and were told by a spokesperson, "The ultra-performance variants of our Cadillac CT5-V and CT4-Vs are still under development.  We will have more details to share in the next few weeks and the CT5-V and CT4-V ultra-performance versions will debut later this year. Until then, I can only confirm that these cars will build on V-Series’ respected legacy."

Hopefully, GM won't make us wait too much longer for official details of these new high-performance models, including what we should expect in terms of powertrain availability and launch timing. Stay tuned.

$629 - $970 Nat'l avg. savings off MSRP
See Local Pricing
I'm not in the market for a vehicle at this time. Please move this suggestion to the side for 30 days.
Huge Savings