The star of Hyundai's display at the 2020 Geneva Motor Show will be a stylish electric concept named Prophecy. The swoopy, low-slung sedan will preview the direction the firm's design language will take in the coming years.

While the Prophecy remains shrouded in darkness, we can immediately tell it breaks all ties with the current members of the Hyundai range. Its front end is characterized by pronounced, sports car-like fenders and thin LED headlights vaguely reminiscent of the ones worn by the 45 concept unveiled in 2019. Seen from the side, its roofline starts at the base of a steeply-raked windshield and flows into a rear end that's — dare we say it — almost Porsche 911-like. The back end wears a spoiler big enough to eat a buffet lunch on and a massive panel of LEDs. 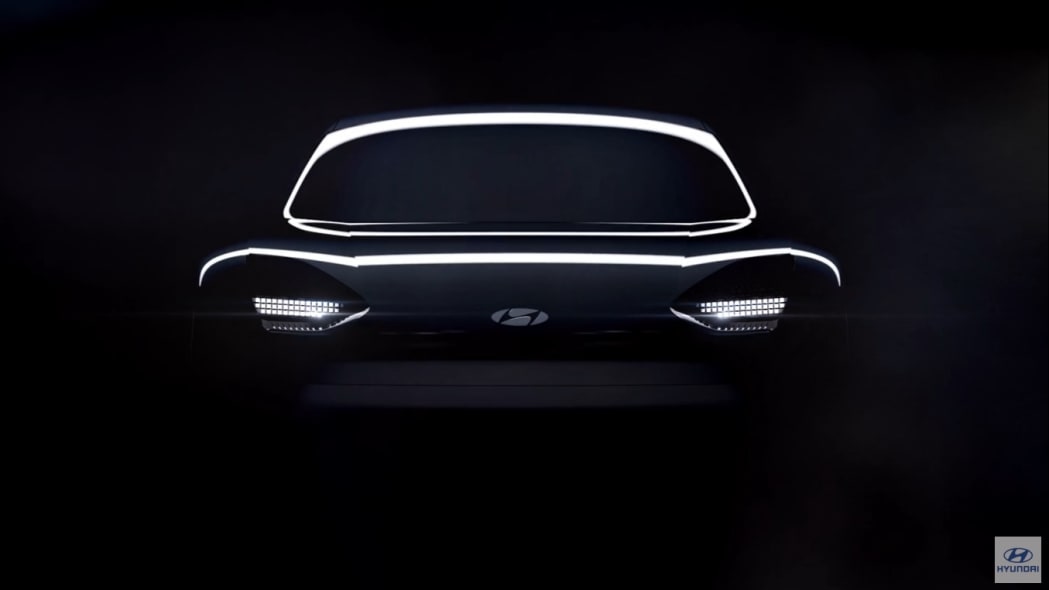 It's an intriguing car from a company that has put an increasingly big focus on design in recent years. And, while it doesn't sound like the Prophecy will reach production as-is, Hyundai noted its stylists envision it as the design icon whose influence will permeate future electric models, hence its name. With short overhangs and a low hood, it seemingly takes full advantage of the packaging opportunities made possible by a compact electric drivetrain.

Hyundai hasn't revealed the Prophecy's powertrain specifications yet. All we know is that it's entirely electric. It's probably pretty quick, too; we can't imagine the company would settle for giving its attention-grabbing sports sedan a 50-horsepower punch. And, remember: Hyundai made a significant investment in Rimac in 2019.

Full details will be published when the Prophecy makes its debut under the bright lights in Geneva on March 3. It will be displayed alongside the elegantly facelifted i30, a hatchback known as the Elantra GT in the United States, and the new third-generation i20, a Ford Fiesta-sized city car not sold on our shores. As always, Autoblog will be on location to bring you live updates from Hyundai and others straight from the Palexpo convention center.

There's at least one upcoming electric Hyundai model that won't draw inspiration from the Prophecy. The aforementioned 45 was an exercise in retro-inspired design that put a modern spin on the Giorgetto Giugiaro-styled Pony, the first car the South Korean firm developed in-house. It's already on its way to production, it has somewhat predictably morphed into a crossover, but it's staying relatively close to the concept that previewed it.