Redesigned 2021 GMC Yukon gets a diesel, AT4 model, Denali-exclusive interior

The new Yukon also gets a segment-exclusive air ride suspension GMC's most robust family hauler is getting a complete redesign for the 2021 model year, including a new, off-road centric AT4 model, an upscale interior exclusive to its luxurious Denali model, an available air suspension, and, last but not least, a diesel engine.

With Americans obsessing over trucks, it's no surprise that GMC is going hard with its AT4s-for-everybody strategy; the Yukon is no exception. This will be the first model year for the new trim on GMC's largest SUV.

This off-road model gets all the goodies you'll need to veer off the beaten path with confidence, including an extra 2.0 inches of ground clearance with the adaptive suspension option (more below), a two-speed transfer case, standard Goodyear all-terrain tires, an off-road mode for GMC's "Traction Select" drive mode system, hill descent control, and some extra underbody skid plates.

Since GMC is a premium brand, even the AT4 gets some luxury appointments, such as a heated steering wheel, heated and ventilated front seats, and heated outboard second-row seats. The interior is also adorned in black leather with tan accents and "AT4" embroidery in the seat backs.

Speaking of premium, GMC will introduce an air-ride adaptive suspension with an off-road ground clearance mode as a late-availability option for several Yukon models, and this feature will be included on the Denali trim. 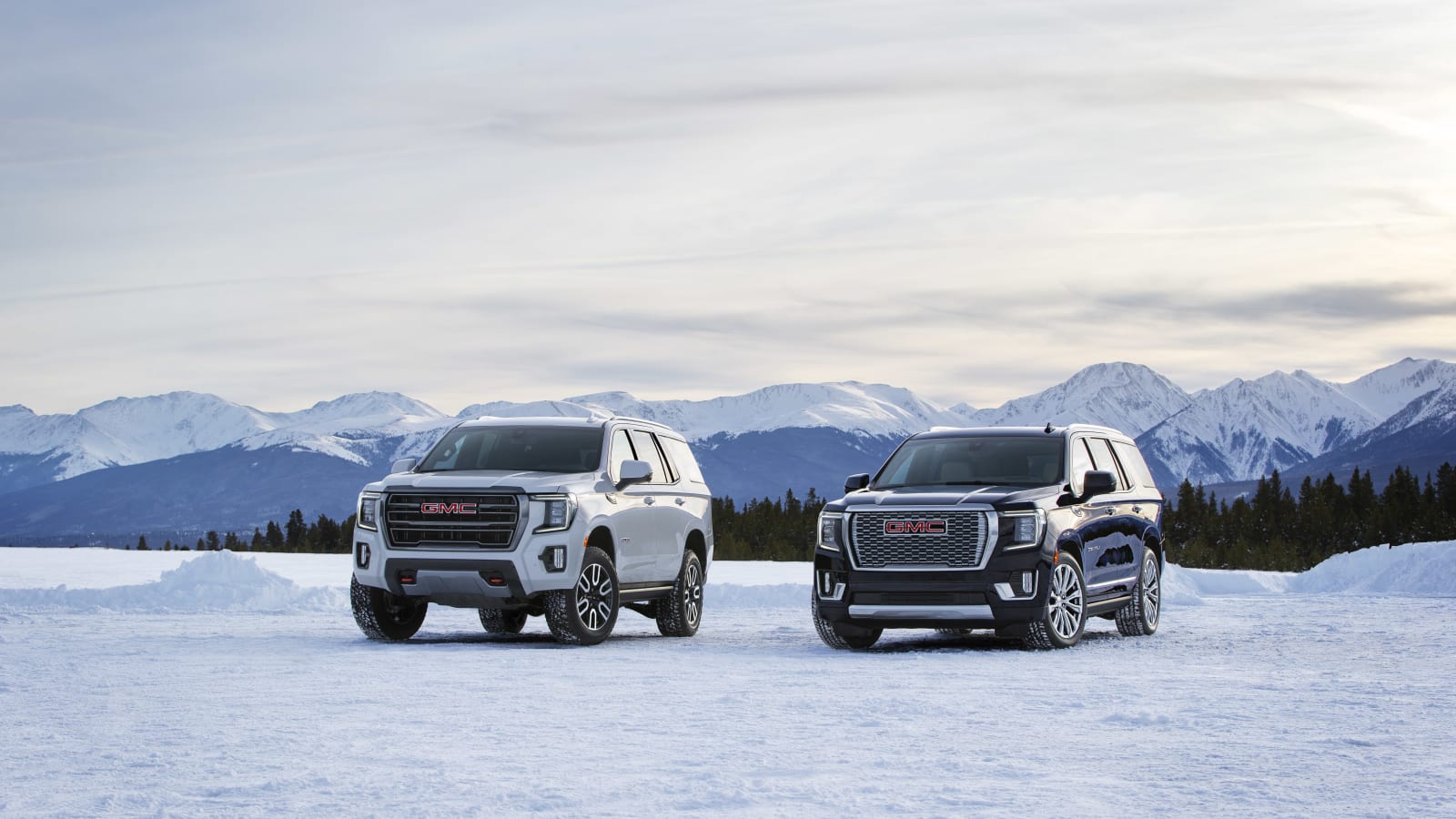 The Yukon and Yukon XL are GMC's variants of Chevrolet's full-sized SUVs, the Tahoe and Suburban. Their fundamental body-on-frame architecture is also shared with GM's half-ton pickup trucks, and thanks to that common engineering, they can also share powertrains.

That's normally just a trivial side note when it comes to a new GM SUV announcement, but this time around, it's a bit more meaningful thanks to the introduction of a new light-duty, inline-six diesel in GM's truck lineup last year.

Yep, that means that for 2021, like the Tahoe and Suburban, the Yukon is getting a diesel option. The 3.0-liter Duramax makes the same 277 horsepower and 460 pound-feet of torque as it does in GM's trucks.

GMC's standard engine is still the 5.3-liter V8 that makes 355 hp and 383 lb-ft of torque. The 6.2-liter V8 is also an option like before, producing 420 hp and 460 lb-ft of torque. All engines come with a 10-speed automatic and a choice of rear- and four-wheel drive. Both V8 engines include GM's advanced Dynamic Fuel Management system.

If the pricing structure follows that of GMC's pickups (and we have no reason to suspect it won't), upgrading from the base 5.3L V8 to the Duramax will cost just as much as upgrading to the range-topping 6.2L gasoline V8. Think of it as an either-or type of upgrade path, rather than a linear walk from the 5.3L up to the 6.2L. 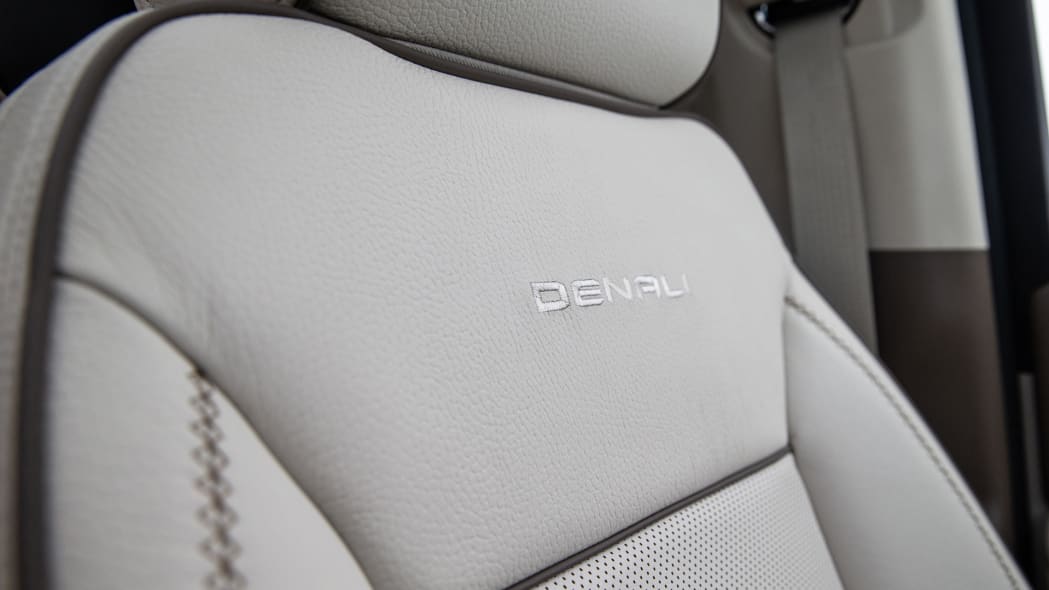 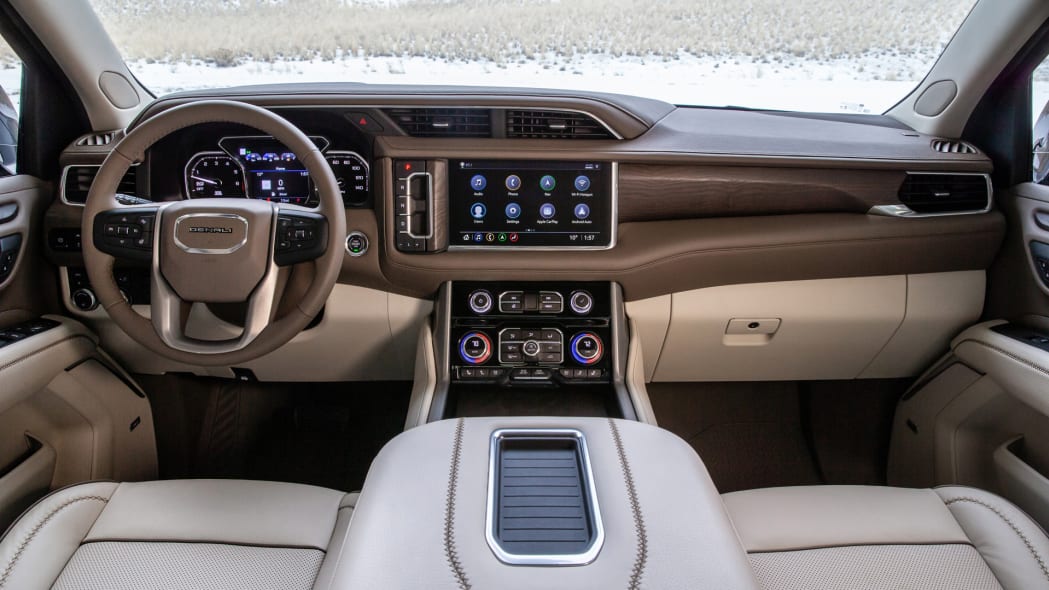 GMC's more upmarket pitch requires a different class of interior, and that holds especially true for the Denali model, which is the most luxurious variant GMC offers on all of its vehicles. For 2021, GMC says the Yukon and Yukon XL Denali trims will get an exclusive interior, which the company teased with a few photos.

“GMC Yukon is the full-size premium SUV that’s made to be used,” said Duncan Aldred, vice president of Global Buick and GMC, in the Yukon announcement. “The new Yukon delivers what customers value most – premium features, purposeful technology and all-terrain capability.”

There's lots of contrast-stitched leather and what appear to be higher-grade dash materials. GMC also added some new features across various trims, including a trick center console that can slide 10 inches forward or rearward from its home location between the front seats, granting second-row passengers access to its storage.

Sliding this console back for second-row access also reveals a hidden drawer between the front seats, which is totally still a secret even though we're broadcasting it all over the internet. The space on top of it conveniently holds a bag or other small cargo items. 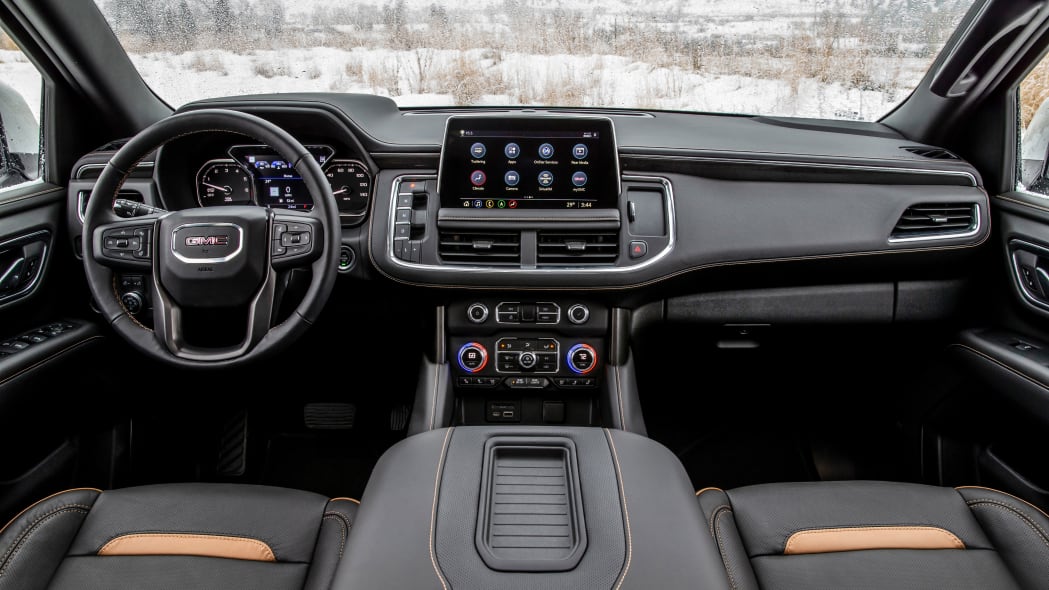 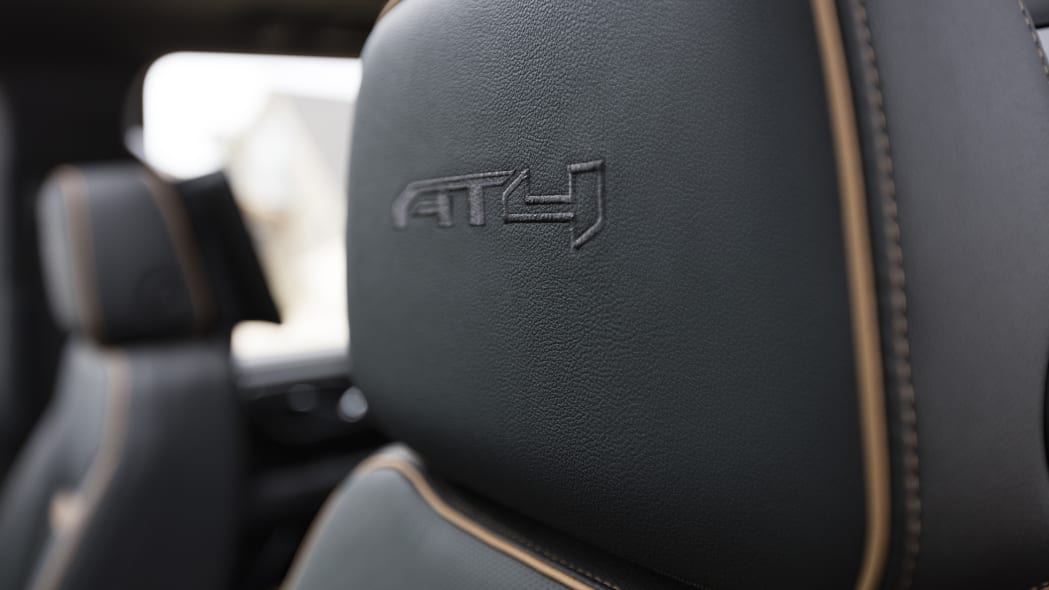 We also got interior photos of the new AT4 model, and those are fairly promising too GMC caught a lot of flack for not going to greater lengths to differentiate the AT4 and Denali models of its Sierra 1500 pickup, and it's clear that it took some of those lessons to heart.

The new Yukon will also get an updated suite of standard and optional safety equipment. Standard equipment will include forward collision alert, automatic emergency braking with pedestrian detection and automatic high-beams. Lane-keeping assist and adaptive cruise control will cost you extra.

There's plenty more information to come about the new Yukon models, including fuel economy specs and pricing. Look for those closer to its on-sale date, which GMC says will be this summer. 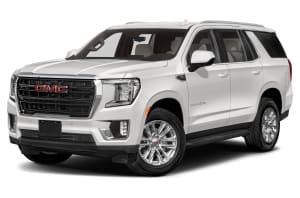 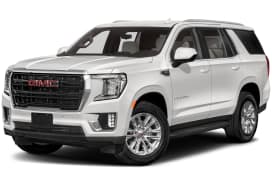