It's real, and it's spectacular 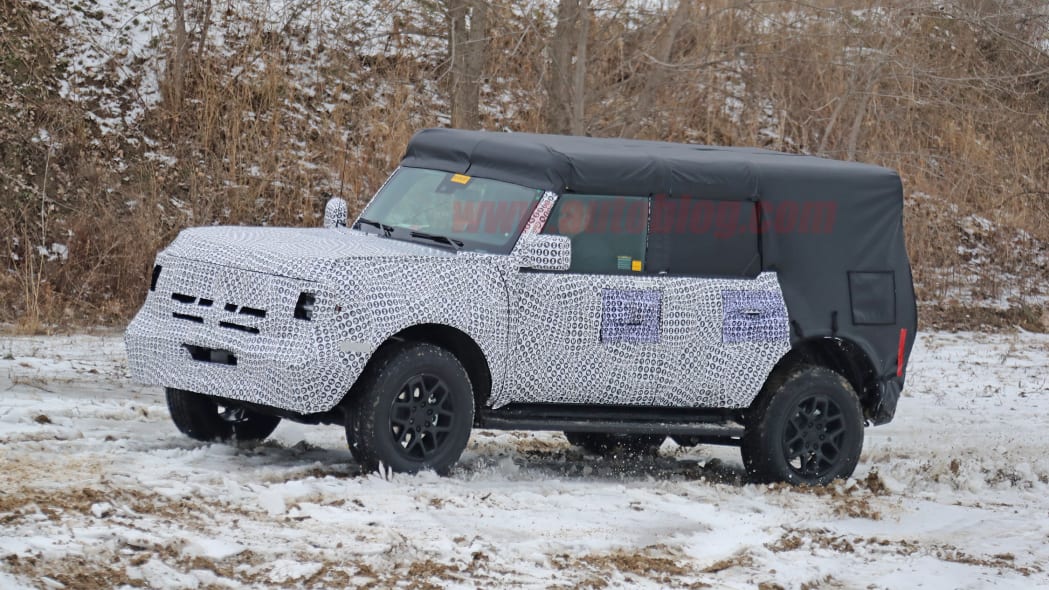 It's happening! Ford has been testing its new 2021 Bronco 4x4 in the wild (literally) and spy photographers managed to capture clean shots of this prototype in its natural habitat.

Previous Bronco mules caught testing in the real world have been little more than pickup truck body panels slapped together over the 4x4's chassis, depriving us of any real clues as to what Ford's final product will look like. Today, we're getting our first real glimpse of what the Blue Oval has in store for its off-road fans.

This looks to be exactly the sort of SUV fans want from Ford's iconic off-road nameplate, from the squared-off proportions to a visible solid rear axle and beefy brakes. We can see independent suspension components in some angles of the front as an added bonus.

The new Bronco will share a great deal of its underlying architecture with the existing mid-size Ranger pickup, but with some significant application-specific alterations. The wheels have been pushed to the corners (for optimum approach and departure angles) and there still remains the possibility that we'll see the Bronco in both two-door, short-wheelbase and four-door, long-wheelbase variants, a la Jeep's iconic Wrangler.

The body camouflage is extensive, but it's hard to hide what looks to be either a soft top or removable hard top. Heck, it's so Wrangler-like that the uninitiated would be forgiven for mistaking this for a Jeep mule, but the bits up front dovetail with teasers and other spy shots we've seen so far.

Ford even patented quite a few Jeep-like tricks that could make their way onto the production car, including removable doors and a dual-purpose cloth top.

We're just months away from the formal unveiling of the new Ford Bronco, so we don't have to speculate for too long. That won't stop us from doing it anyway, of course.