Jonathon Ramsey
On the heels of reportage about a Ford dealer meeting where a Bronco prototype took the stage, Motor Trend discovered a Ford patent application for a removable door system. Called " Door with Convertible Scaffolding" (pictured), the patent appears to have got administrative recognition in the U.S. last year, but was filed in Germany and published in January. The drawings show a full door fitted with impact beams that can be removed from the door casing. A person could take off the full doors and reinstall the impact beams — similar to the tube doors on a Jeep Wrangler — over the opening, using the same hinges for both.

During our search for that German patent, we found another Ford patent application for another door system published yesterday, March 28. This one, called " Convertible Door Assembly for a Motor Vehicle," details a full hard door that can be turned into a half door by removing the top half. In the half-door phase, the user could leave the side window in the lower door, which would leave a narrow upper section of side window peeking out above the half door. The user could also lock the side window into the upper receiver, and remove the receiver and window together. 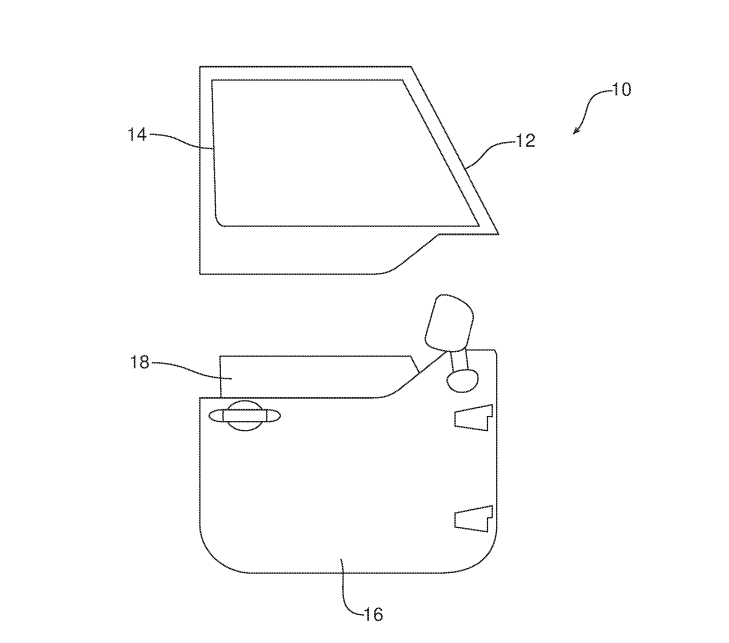 The timing of the patents, and the truck drawing in the convertible scaffolding application, lead many to wonder if we'll see these apertures on the Bronco. One never knows, but it makes all the sense in the cosmos. Mopar sells sells tube and half-door kits for the Jeep Wrangler, and the aftermarket sells more than a dozen different tube doors alone. Since we already know the Bronco will come with removable doors and the "Air Roof" removable roof panels, it makes no sense for Ford to wait for aftermarket to fill in that ingress-egress gap.

Note that the drawings in the second convertible door patent have mirrors on the doors. Gossip from the dealer meeting said the Bronco would have mirrors on its A-pillars, so owners wouldn't need to buy new mirrors no matter the portals, unlike on the Jeep Wrangler.