An almighty fun tool, a rock climber, and a 'vocaloid voicebank' 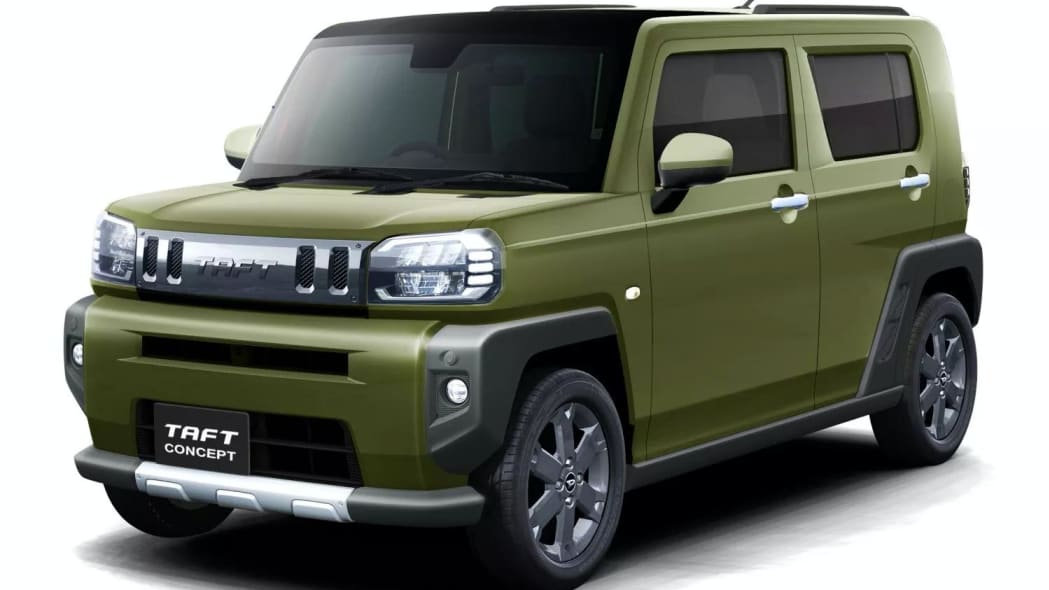 Daihatsu will have nine concepts at its 2020 Tokyo Auto Salon stand, featuring influences from the club to the clifftop. The most important is the Taft, which takes the Daihatsu Waku Waku concept showed at this year's Tokyo Motor Show closer to next year's production-ready form. In 1974, Daihatsu released a small, Jeep-ish 4x4 called the Taft, the name an acronym for Tall & Almighty Four-wheel Touring vehicle. The rebirth of the name on a kei-car that Daihatsu bills as "the world's first light crossover," and that comes standard with front-wheel drive and a CVT, necessitates editing the acronym to Tall & Almighty Fun Tool. The rugged pretensions of the Waku Waku are dialed back on the new Taft, with panoramic roof replacing the storage area in the Waku Waku's upper deck, rear doors and windows replacing the orange interior panels and jerry can motif, a more traditional front fascia and less cladding.

Three Tanto kei cars dress up in three vastly different guises with three different front fascias. Because no auto show display can go without an overlander, the Tanto Cross Field concept delivers "Active gear you can rely on for your family," said gear appearing to be a roof rack and a set of fog lights. All we know about that Tanto Custom Premium is that it "gives off an overwhelming presence with a fearless black face" that seems to have taken design notes from the Toyota Prius and Mirai, not totally surprising since Toyota owns Daihatsu. The Tanto Marvel Spider-Man concept looks the most like a stock Tanto, wallpapered in panels from a comic book.

Three Hijet microvan concepts don personalities for three different career days. The Hatsune Miku Marche concept is a working coffee stand and pop-up store dolled up in collaboration with the turquoise-haired, pony-tailed, "Vocaloid software voicebank" known as Hatsune Miku. Designers of the Hijet Peaks worked with Peaks magazine on the "playable overlander" with indoor climbing wall holds decorating the sides. Since the Hijet is only about 72 inches tall, it won't take much to climb, but Daihatsu will have a more challenging bouldering course in the stand for kids from three to 12 years old. The Hijet Jumbo DJ could be considered a giant DJ booth, DJ Kakushika making an appearance at the show to play a set in the Hijet's bed.

Filling out the lineup are two production models: The Rocky Sporty Style and the Copen GR Sport, which gets a carbon-fiber-looking hood, rear spoiler, and black wheels and promises to be an "Aggressive driving machine with more sporty driving." Production models kitted with variety of accessories. The madness happens from January 10-12 at Makuhari Messe in Chiba.