Not quite an Evo, but the 2005 Ralliart had more power and a better suspension than the regular commute-grade Lancer. Ever since I pined for a new Starion while I was driving a beige Toyota sedan in high school, I've had a great affection for sporty Mitsubishis. That means that I keep my eyes open for such cars while making my appointed junkyard rounds, especially the more obscure machines. Cordia Turbos, Tredia Turbos, Colt Turbos, Conquests, and — of course — interesting variations on the Lancer theme (no, not this kind of Lancer, nor this kind) make up my Mitsubishi junkyard-photography shopping list. Just recently, I spotted this 2005 Lancer Ralliart in a Denver yard, right next to a clean 2006 MINI Cooper S. 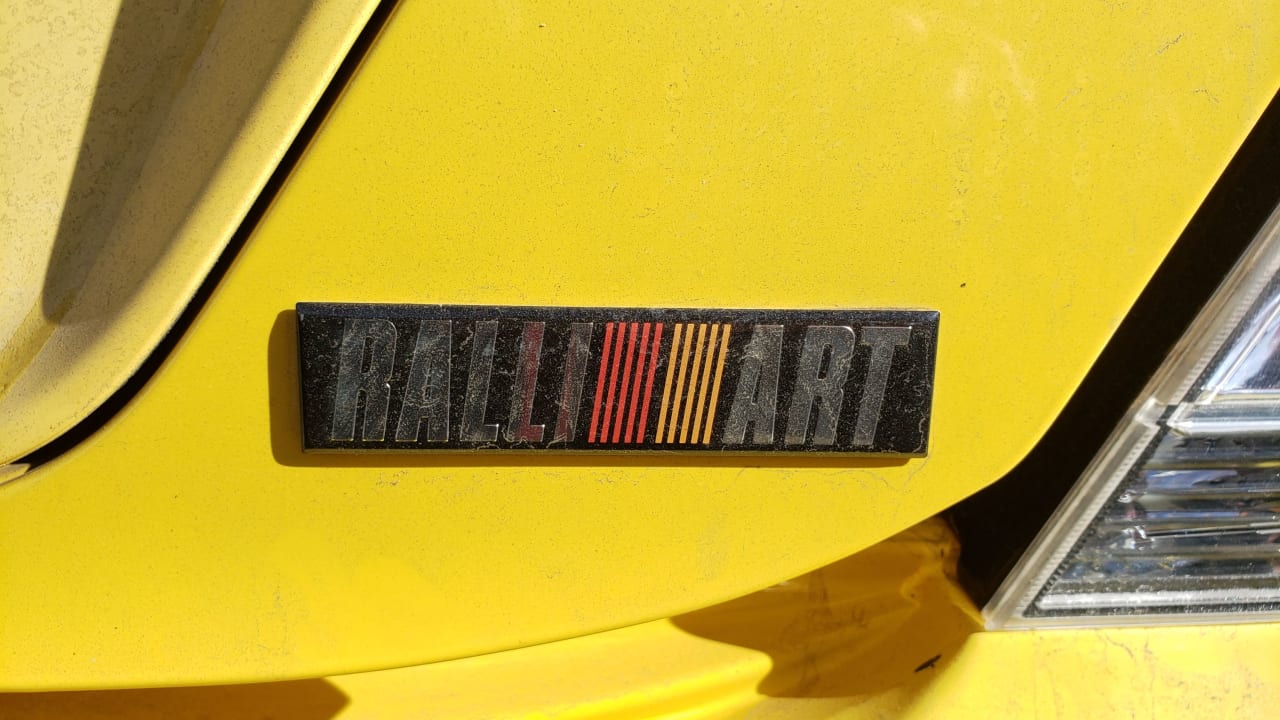 The O-Z Rally Edition Lancers sold very well in Colorado, and so I find plenty of them (nearly all missing their original O-Z wheels) in the car graveyards in these parts. Most of the O-Z Lancers came in bright yellow paint. When I spotted a discarded yellow Lancer with special decklid badging, I thought I had run across yet another cool-looking-but-slow, appearance-package Lancer. A closer look (and a VIN check, because car owners "upgrade" with badge swaps all the time) revealed the truth: not a dime-a-dozen O-Z Rally but a genuine, numbers-matching Ralliart! 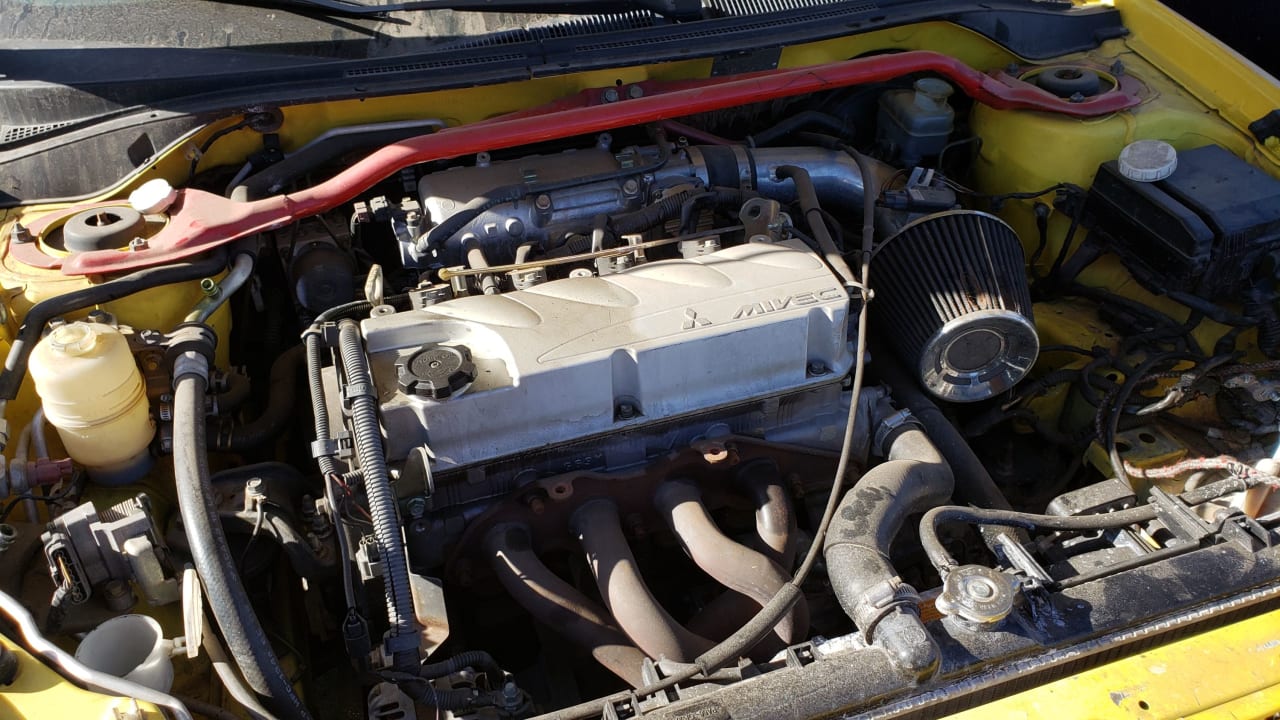 As a matter of fact, I do find Lancer Evolutions (and Subaru WRXs) in Colorado U-Wrench-type yards, but they're always so thoroughly crashed and/or gutted that I don't bother photographing them. The 2005 Ralliart was no Evo, of course, but it came with a 162-horsepower 4G69 2.4-liter straight-four instead of the regular Lancer's 120-horse 4G94. Throw in the Ralliart's four-wheel-disc brakes plus its suspension upgrades, add the front seats out of the Japan-market Evolution GTA, and you had a reasonably quick car for just $18,499 (about $25,000 in 2019 dollars). 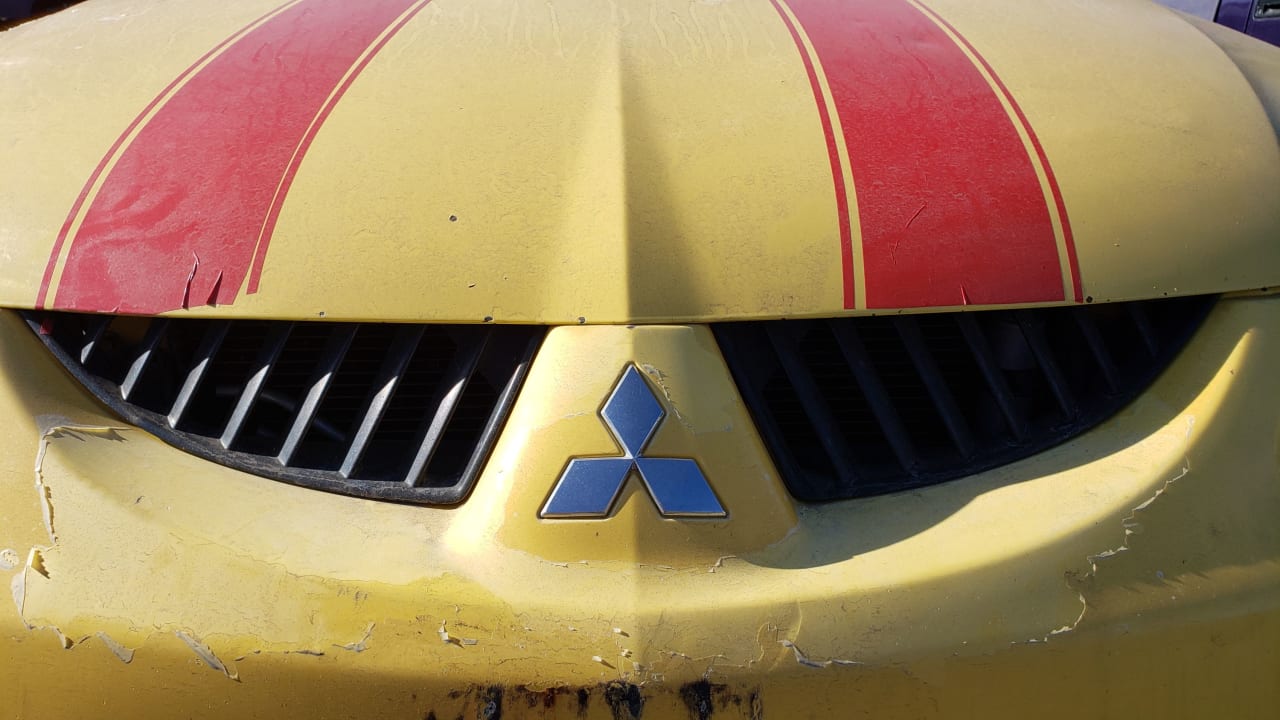 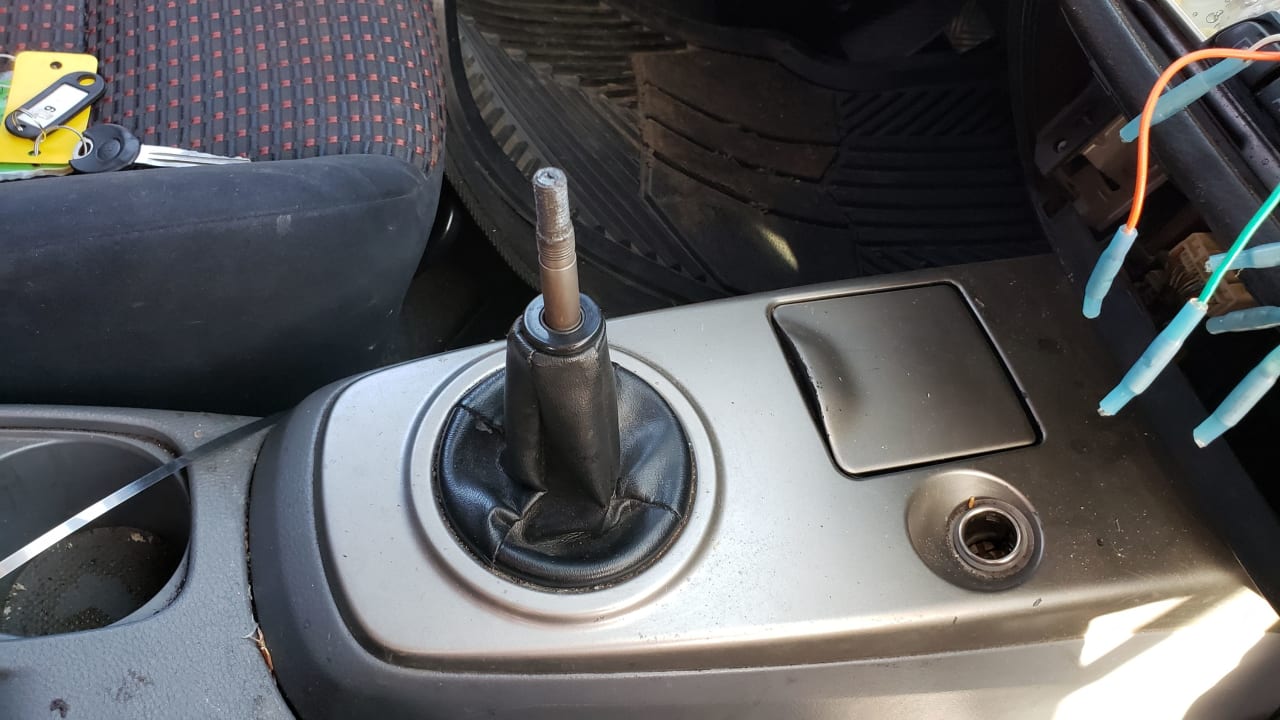 A five-speed manual came as standard equipment on the Ralliart, though I fear many (probably most) American buyers chose the optional slushbox. This car has the five-speed. In theory, the powertrain from this car ought to be a not-too-difficult swap into any number of cheap-as-dirt 1980s Dodge/Plymouth Colts, and I hope some Colt-owning junkyard shopper grabs the guts from this car for that purpose. 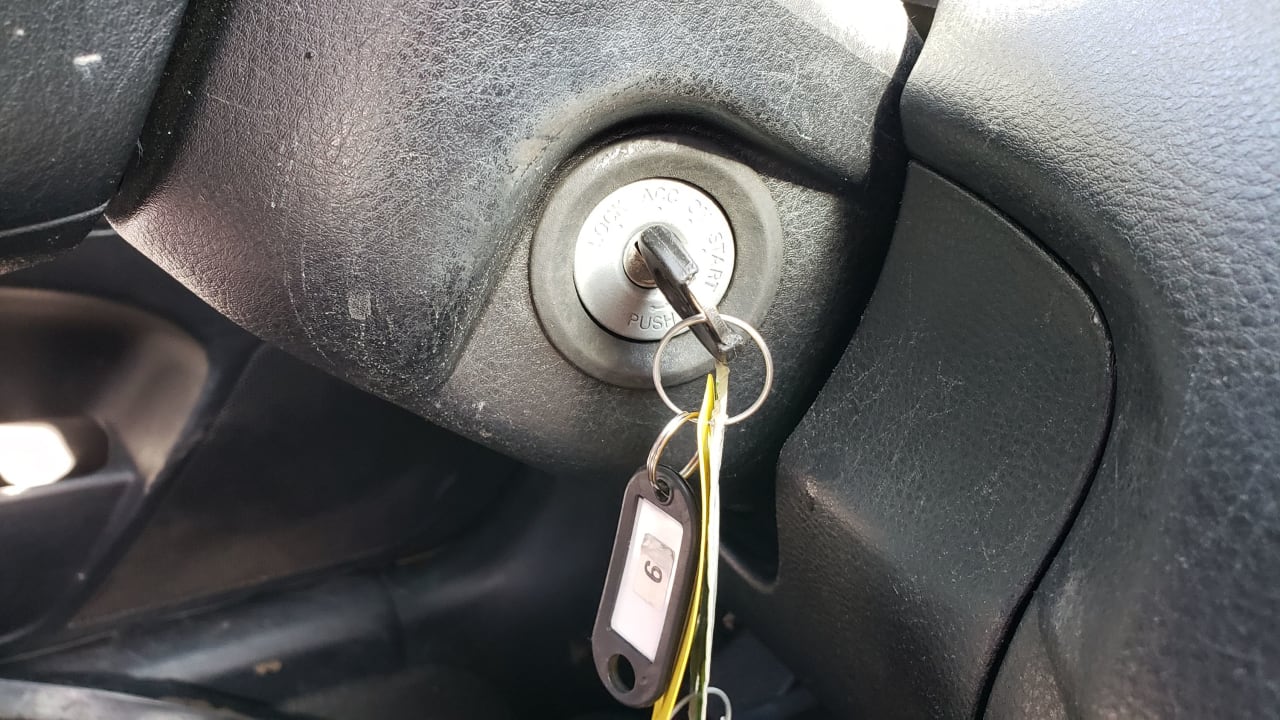 However, the presence of the ignition key in an uncrashed, non-crime-scene junkyard car is a red flag for engine shoppers, because it means that the most likely route to the graveyard involved an insurance total or a dealership trade-in that wouldn't sell. A blown head gasket, perhaps? Rod knock? Or just brutal depreciation in a region that now loves truck-like vehicles to the exclusion of all else?

Here we see an excruciatingly suburban couple taking their Ralliart grocery-getter through a crowd of admiring-yet-befuddled Tokyo Drift-style import tuners. In reality, those Mitsubishi shoppers would have selected the Outlander over the Ralliart, but that's what suspension of disbelief is for. 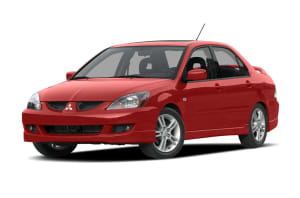