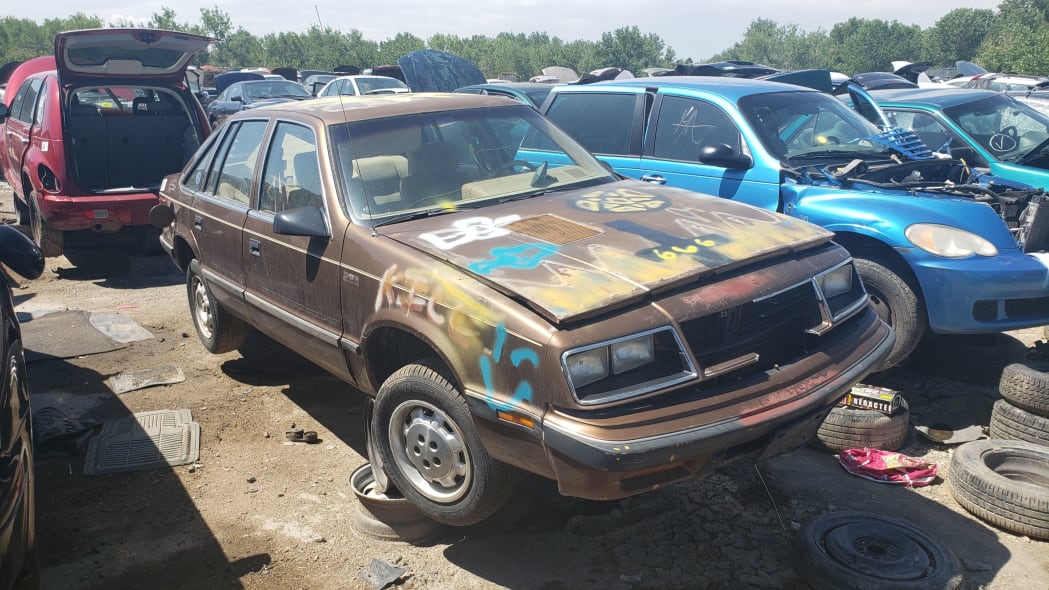 Chrysler's versatile front-wheel-drive K Platform debuted for the 1981 model year, and all manner of sedan, minivan, sports coupe, pickup, wagon — in fact, the overwhelming majority of all Chrysler cars sold through well into the early 1990s — sprang forth from the K Family Tree. The 1985-1989 Lancer was the Dodge sibling of the Chrysler LeBaron GTS, and should not to be confused with either the early-1960s Plymouth Valiant-based Lancer or the various Mitsubishi Lancers sold since 1973 (to make these identification matters more difficult, Chrysler sold Mitsubishi Lancers badged as Colts and Arrows in the United States).

Here's a sporty Lancer Turbo with crude Satanic emblems sprayed on the hood, found in a Colorado self-service wrecking yard. 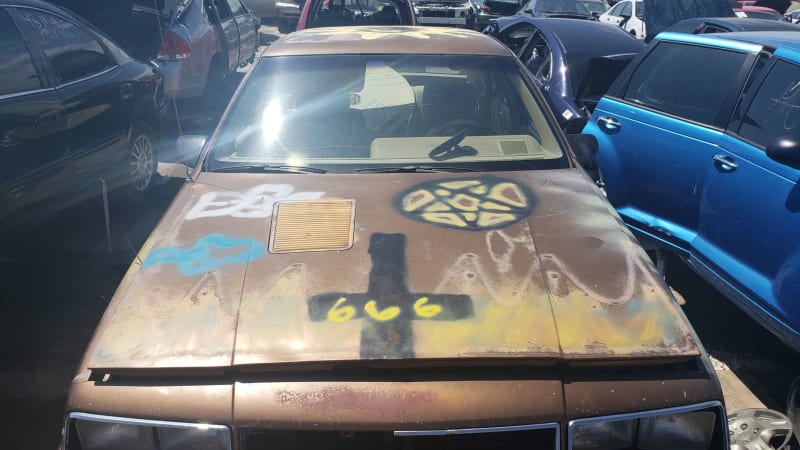 Want to ensure that polite society knows you've joined the legions of the damned? Spray KILL on the fenders and a pentagram on the hood. 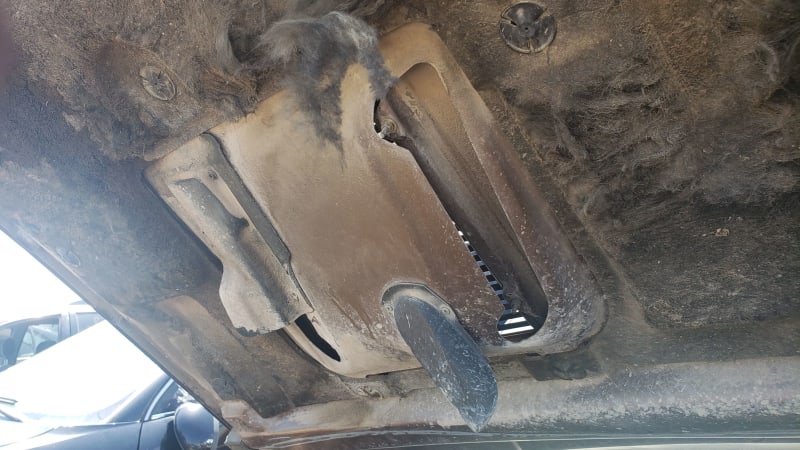 Speaking of the Lancer Turbo's hood, that scoop actually provided cold air to the engine's air intake (unlike most vents and scoops found on car hoods of this era). 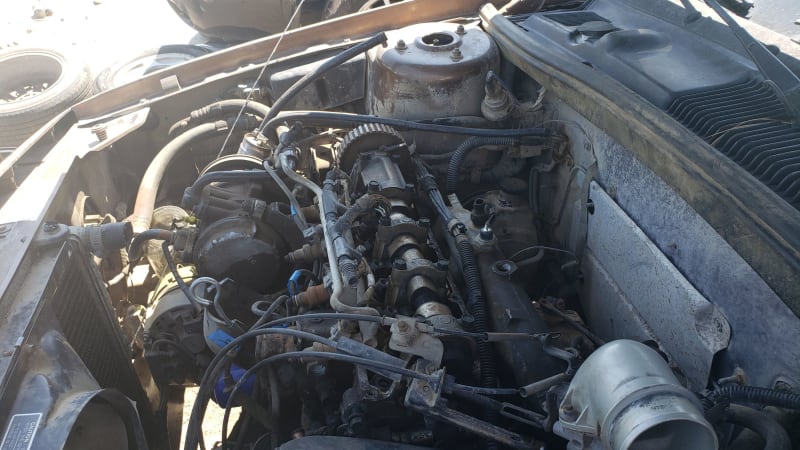 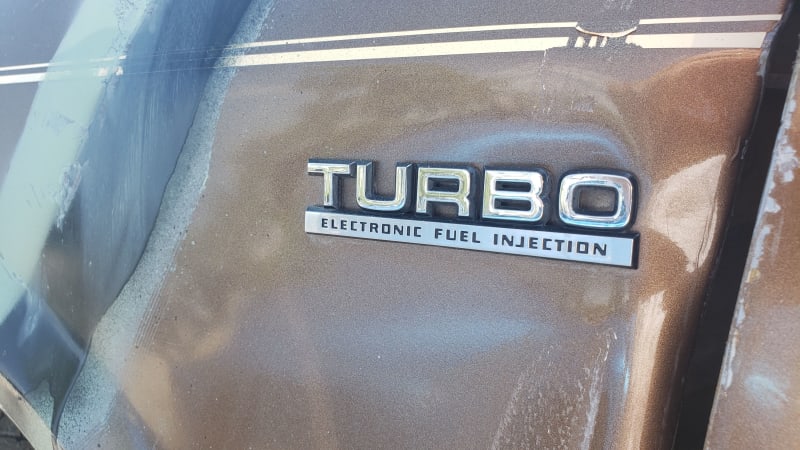 The word TURBO carried magical connotations during the middle 1980s, and car manufacturers weren't shy about those badges. 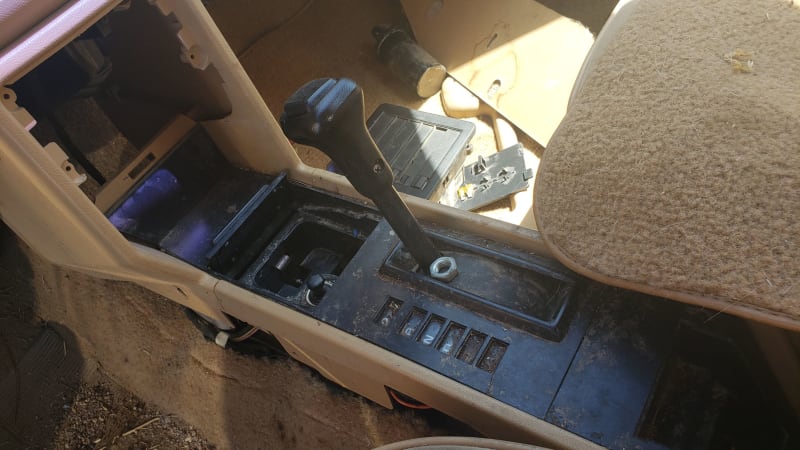 Like most allegedly sporty U.S.-market sedans of the era, this car left the assembly line with a fun-sapping automatic transmission. 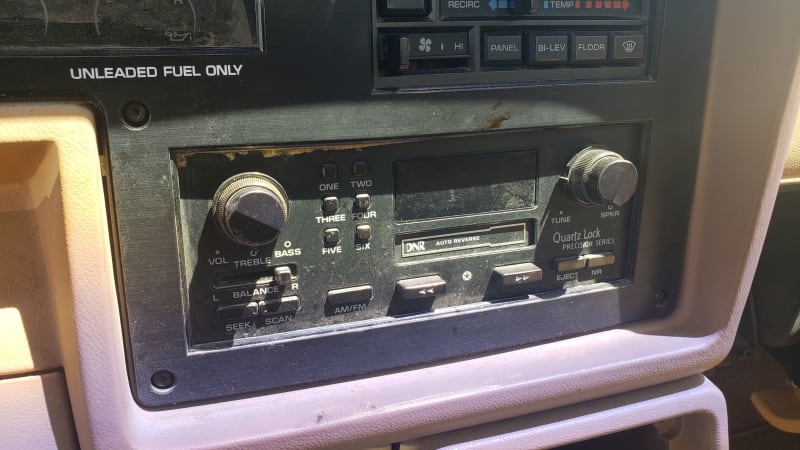 This TV ad shows some early experimental self-driving Lancers, fleeing the showroom to have a night on the town.