The Chrysler-badged version of the Mitsubishi Starion.

If you feel like stumping your friends with a very trivial car-trivia question, try this one: What car model was sold in the United States with badging from Plymouth, Dodge, and Chrysler? They'll tell you it's the Neon, which was badged as a Chrysler outside of the USA, and you'll point out the "in the United States" qualification and feel smug in your superior automotive knowledge. The correct answer is, of course, the Conquest, which was a rebadged Mitsubishi Starion. Here's a Chrysler Conquest TSi, found in a Denver-area self-service wrecking yard. 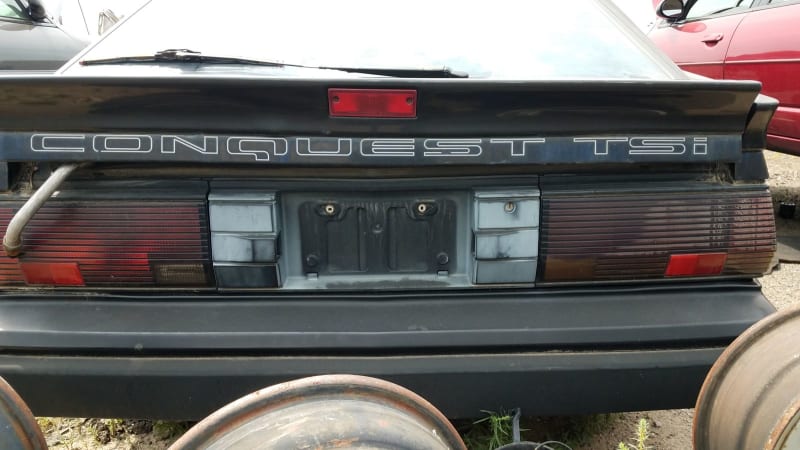 The TSi was the factory-hot-rod version of the Conquest, with intercooling for its 2.6-liter Mitsubishi Astron four-cylinder engine and 176 horsepower— pretty serious for 1987. 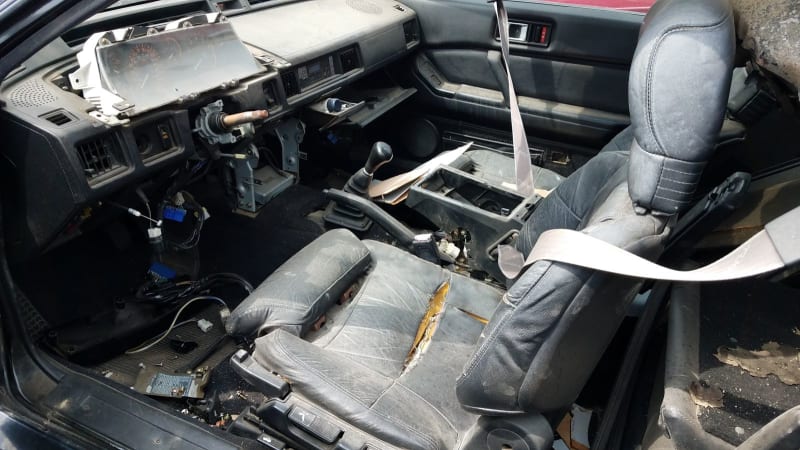 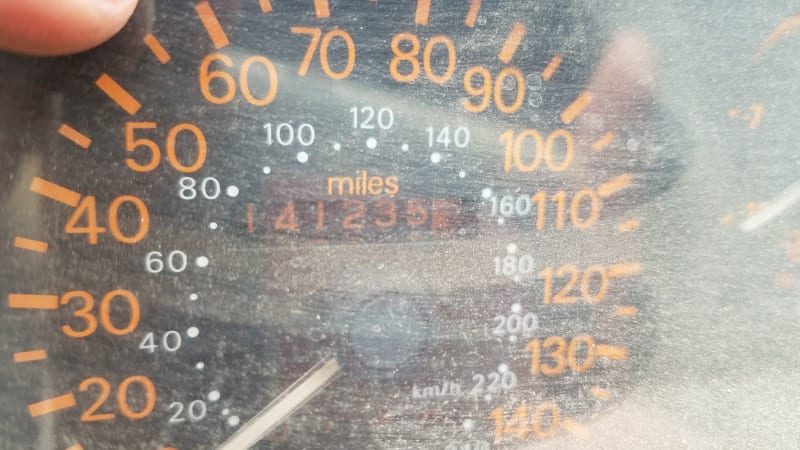 This one is rough, though the odometer shows that it never even reached 150,000 miles. 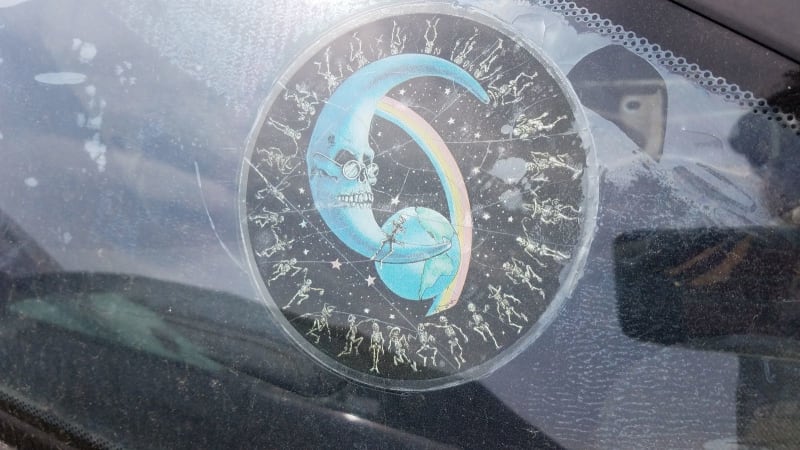 Here's a Grateful Dead sticker, presumably bought on Shakedown Street at some point before Jerry Garcia's death in 1995. 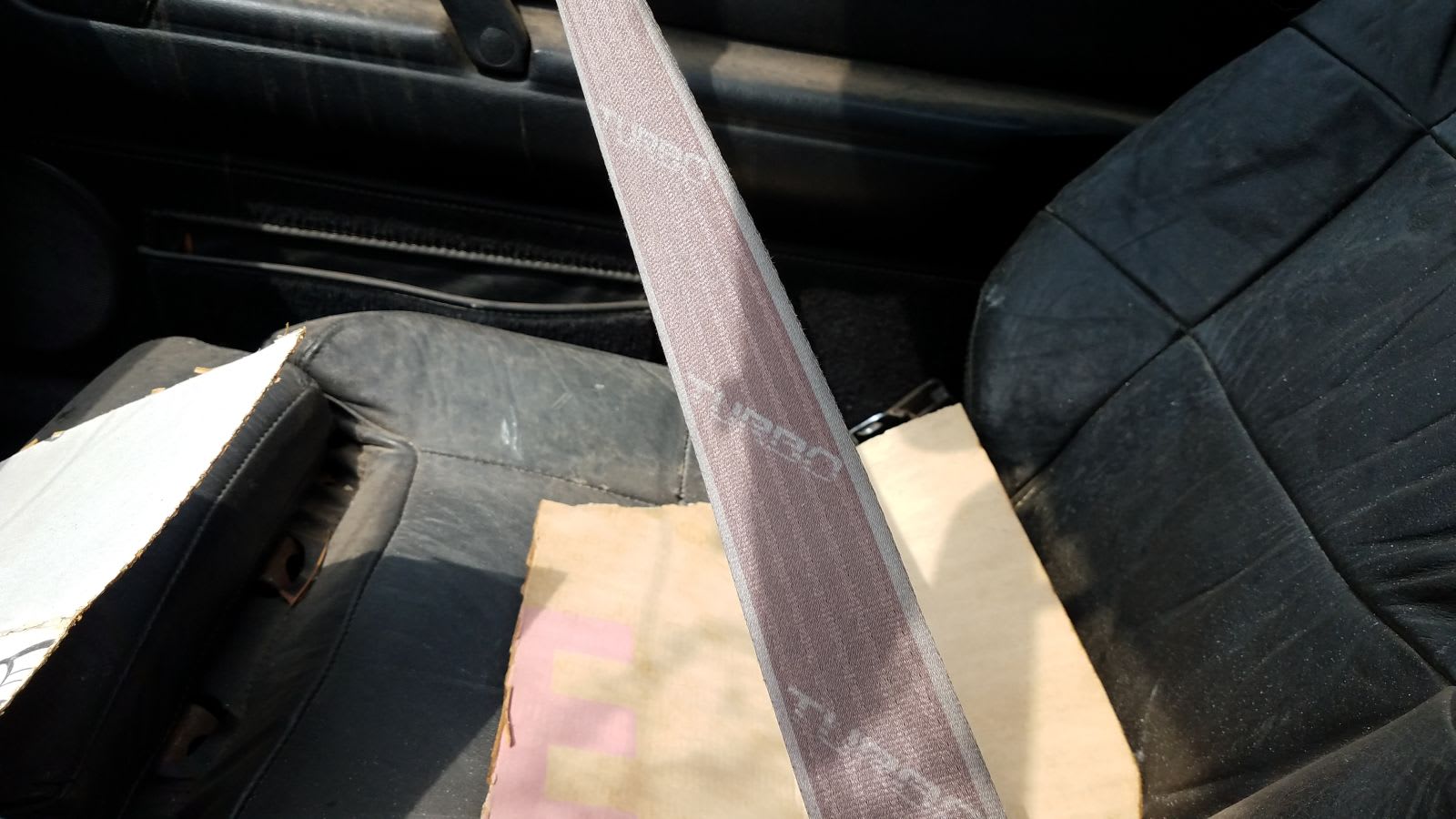 TURBO was a powerful word during the 1980s, so much so that the Starion/Conquest came with seat belts emblazoned with the sacred word. 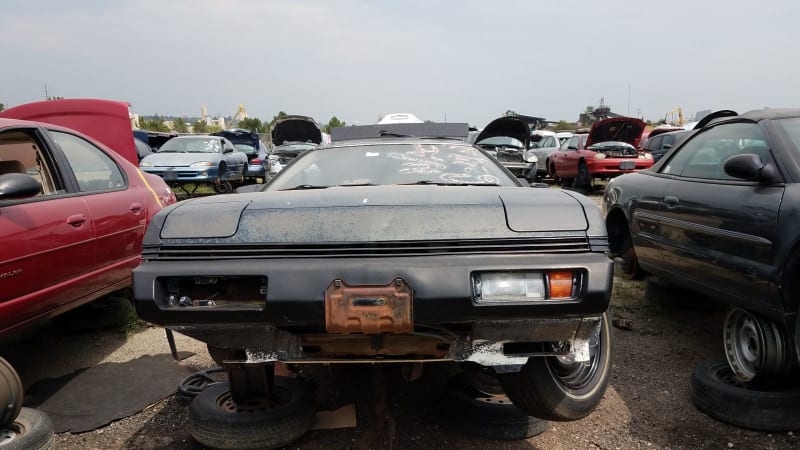 I still see the occasional Starion or Conquest during my junkyard travels, but the Chrysler Conquest is the rarest version these days.