Tesla Cybertruck: Here's what horrified design experts have to say

When the Tesla Cybertruck was unveiled, my friend Lance and I were in a homesteader’s cabin in the Mojave Desert, cooking dinner and watching the livestream, and we were certain it was a joke. Elon attempting to troll us, and the world, with an unrefined, scalene shape, lifted, seemingly whole, from one of Syd Mead’s darkly futuristic science fiction universes. (Mead envisioned the worlds for "Blade Runner," "Tron," and "Aliens," among other iconic films.)

“That has to be a fake body,” Lance said, transfixed by the computer screen, as the olive oil smoked on the stovetop. “They’re going to pull it off, like the disguise on some "Scooby Doo" villain, and the real truck will be underneath.”

Granted, we were drinking tequila and high as hell on pineapple habañero cannabis gummies. But our assessment seemed correct. Shortly thereafter, it became clear that it was not. This was, actually, the real Cybertruck, or as real a vehicle as any unveiled by Tesla. When a friend from the industry texted me asking what I thought of the design, my stoned verdict was surprisingly distilled. “Bold, and poorly rendered.”

Though the Cybertruck elicited an overwhelming amount of interest, I soon discovered that I wasn’t alone in my estimation. “I honestly thought it was a joke, like an Onion thing, because it just looked so crude,” says Paul Snyder, the chair of transportation design at Detroit’s prestigious College for Creative Studies. “My first impression was shock and horror.”

“I think it’s too severe. It doesn’t have any sophistication to it. There’s no subtlety, it's just beating you in the face with a stainless-steel flat panel." 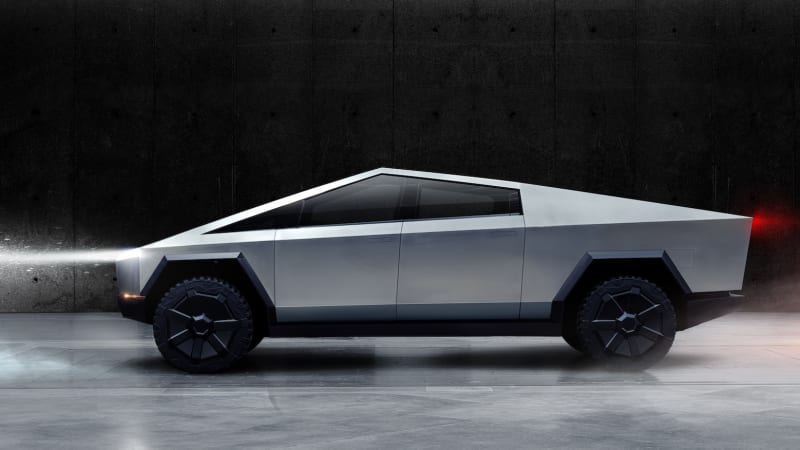 Perspectives shifted, slightly, if backhandedly, as the shock wore off. Still others found it nearly laughable. “My first reaction was that the name is hilarious,” says Paul Galloway, a collection specialist in architecture and design at the Museum of Modern Art (MoMA) in New York City. “Then I noticed the vehicle itself, which at first glance seems as silly as its name.”

Others agreed. “It has very ambitious intentions,” says Camilo Pardo, former chief designer of Ford’s SVT studio, and the lead designer on the 2005 Ford GT. “And, I think it’s fine to be very simple and very minimalistic. But as it rotates, the personality of the side does not reflect to that of the front. They look like two different vehicles. The only thing I can relate it to is a very, very elemental Bertone concept from, like, the Sixties or Seventies. And I mean in the extremely early stages, before they would let anybody look at it.”

“It's far more interesting than the milquetoast aesthetic that defines the rest of Tesla's lineup. ... So overall, the angular and aggressive shape of the Cybertruck — dear God I hate that name — is a bold and welcome design move for Tesla.” 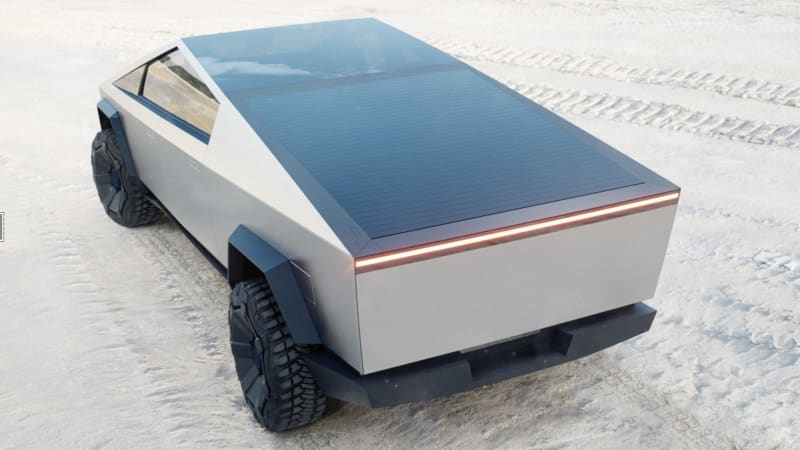 Beyond this, there seem to be deeper and perhaps more insidious issues under-girding the truck’s appearance, ones that pierce contemporary issues related to the intersection of technology, motive, and resource appropriation. “The only people that I would imagine would do anything like this, design-wise, would be the military,” says Pardo. “Like, if this thing had a mission, and it had to get there and back, and aesthetics does not have anything to do with the main objective.”

"Aside from the sail pillars, I quite like the shape. It's far more interesting than the milquetoast aesthetic that defines the rest of Tesla's lineup,” says Galloway. “I've long believed that electric vehicles should move away from traditional vehicle shapes, which are majorly dictated by the needs of the combustion engine and its components. So overall, the angular and aggressive shape of the Cybertruck — dear God I hate that name — is a bold and welcome design move for Tesla.”

Snyder concurs, in some ways. “A lot of what I’ve learned about it is that so much of the design is integral to the materiality. Like, apparently the thing was meant originally to be made in titanium, and so the flat panels were a requirement because you can’t really bend titanium,” he says. “And I kind of understand the telescoping lift gate that turns into a ramp, and the telescoping roof, and vault cover. And I personally love that they call it a vault and not a truck bed. So all that stuff is cool and justifies the aesthetic, somewhat.”

Still, Snyder continues, “I think it’s too severe. It doesn’t have any sophistication to it. There’s no subtlety, it's just beating you in the face with a stainless-steel flat panel.”

“The problem I’m having with it is really on a societal-ethical level. This thing just conveys dystopia, it conveys a war zone, a combat vehicle. And that kind of messaging is just not what I want to see on the roads. ..." 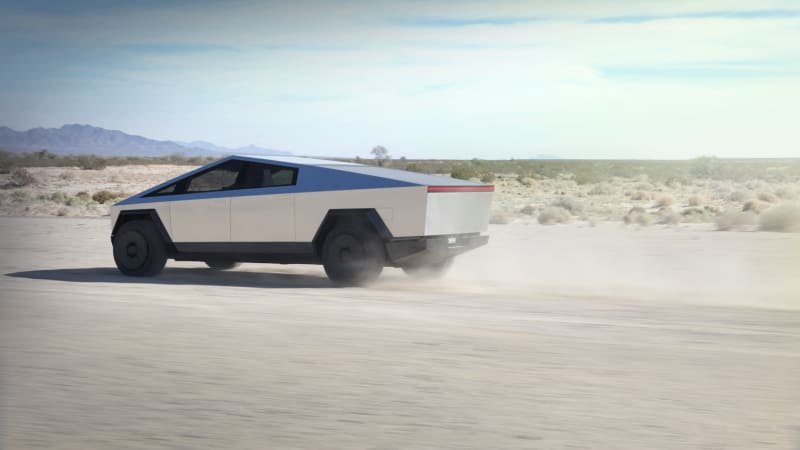 The Cybertruck thus performs a militaristic and bunker drag act that seems at odds with its positioning as a mainstream, Earth-saving, electric-powered work vehicle. “What the Cybertruck is going after is fantasy, and the perceived status offered by driving a utility vehicle,” says Galloway. “Farmers don't need a ‘nearly impenetrable exoskeleton’ or ‘armor glass.’ These are obvious giveaways that the market for this truck is more status-hungry tech-bro doomsday-preppers than it is construction workers.”

However, more troubling is the implication that our notion of the mainstream may — in this era of environmental unpredictability, resource strife, and combative nationalism — be outmoded.

“The problem I’m having with it is really on a societal-ethical level. This thing just conveys dystopia, it conveys a war zone, a combat vehicle. And that kind of messaging is just not what I want to see on the roads, especially because it's autonomous,” says Snyder.

He explains further. “One of the fascinating, exciting opportunities and challenges that designers have today, and all the students coming through my program have or will have, is they’re going to be designing the first real mass interaction with robots. Not the robots on the factory line that stay put, not Siri or Alexa in your house. I’m talking about autonomous cars. They’re going to be driving through the streets without drivers. So do we really want these things looking like sentinels from a war zone in our communities?”

This sentiment holds within it something of a conflict, not only because we may actually be living in or on the edge of a dystopia, making these stylistic choices at once prescient and sensible. But because of what this may presage for our autonomous future. “The whole thing just seems like it has a potential to escalate into an aesthetic that is just very unappealing and harsh,” says Snyder. “Given that we have so much impact and influence as designers, I think we need to be more … I don’t want to say ethical. But just, conscientious of the messaging that we want to give robots.”