Less contrived name, slinky sheet metal — this could be a winner As the Volkswagen ID Crozz concept has evolved over time, we’ve gotten a better idea of how the company’s first dedicated EV (e-Golf being a variant of an internal-combustion vehicle) for the U.S. market is shaping up. In short, these new spy shots answer that question thusly: shapely!

The ID.4, as we have called it in recent spy shots, is seen here with far less camouflage than we’ve seen in the past. Despite some flourishes that make it look a bit like an Opel, the overall effect is extremely attractive. While it’s subjective, what we’re seeing here is perhaps the best-looking of the ID variants, concept or no … although the ID Space Vizzion may edge it out.

Size-wize, our spy shooter says it slots in between the Tiguan and the long-wheelbase Tiguan Allspace, but with an extended wheelbase thanks to the more space-efficient powertrain packaging. Like all ID variants, it’ll use a version of Volkswagen’s MEB electric architecture. The concept version, the ID Crozz (below right), featured a dual-motor setup and a projected 250-mile max range from an 83-kWh battery. Those specs seem appropriate for a production version, although things may change between now and then. 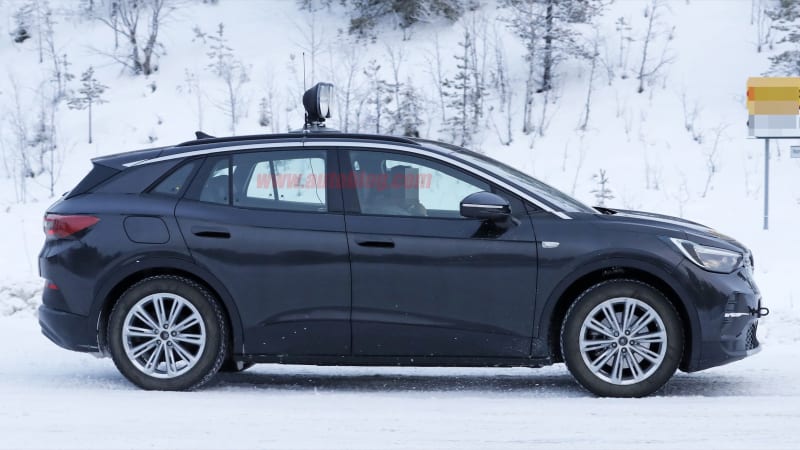 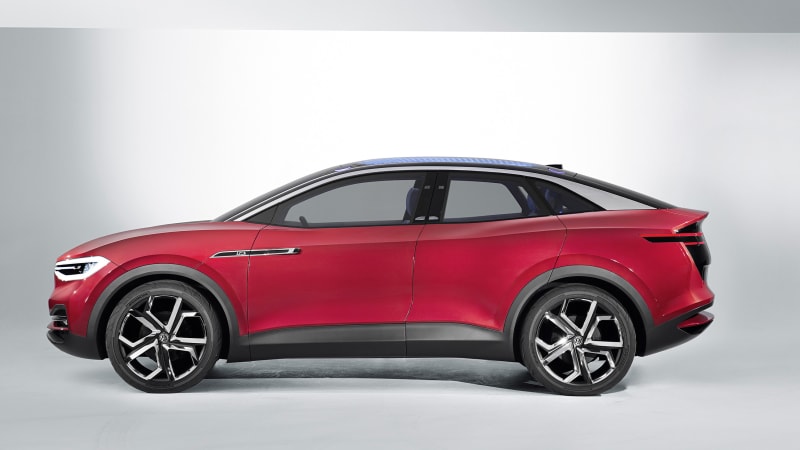 In profile we have a good look at how the company has adapted the concept’s language to a more practical, but still rakish, shape. There’s a considerably longer roof and larger cargo area, compared to the “crossover-coupe” roofline of the concept — although we would not be surprised in the least if a variant with the ID Crozz’s basic shape joined the lineup eventually. For now, the ID.4 is more wagonish crossover than coupe, taking a page out of the Tiguan’s long-and-low playbook.

We’re still expecting a 2020 arrival for the ID.4, and more official details to come.