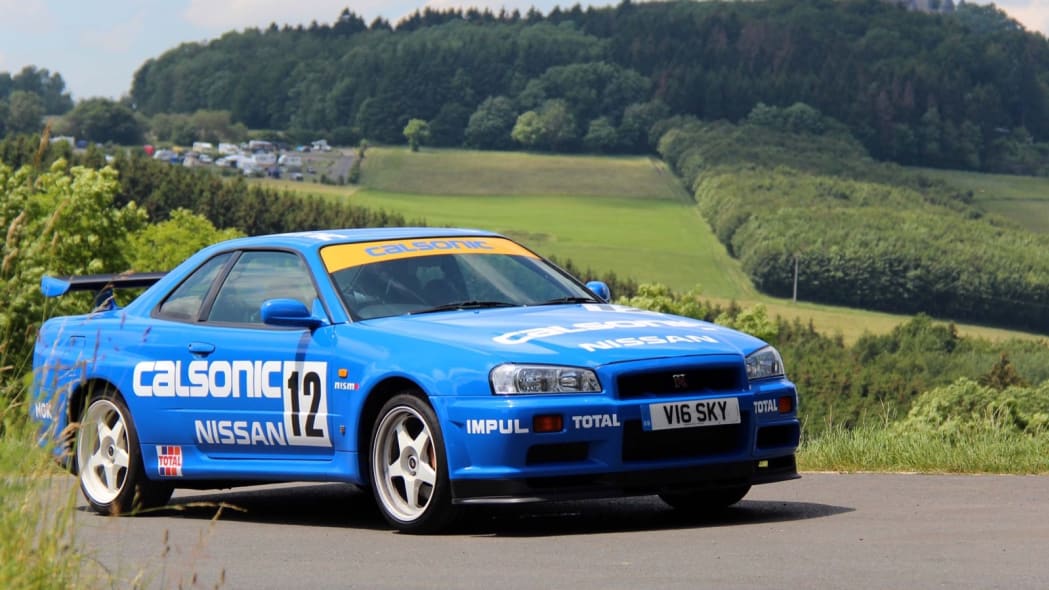 NÜRBURG, Germany — There’s no doubt that the Nissan Skyline’s status as a gaming icon remains undiminished. That’s something I discover while sitting in race-day traffic at the 24-Hour Nürburgring endurance race, cruising in a Calsonic-wrapped R34 GT-R along the boulevard beside the giant Ring Werk complex.

Within it, a round of the FIA Certified Gran Turismo Championship has been taking place, finalists from across the world racing each other in the presence of the game’s creator Kazunori Yamauchi. A former N24 competitor himself, he’s here to supervise the game’s evolution into the e-sports era. Meanwhile, on the famous track, graduates of the gamer-to-racer Gran Turismo Academy are among the drivers competing for real, every car in the race bearing a Gran Turismo windshield banner. Truly, the lines between the world created by Yamauchi and the real one are blurring like never before. 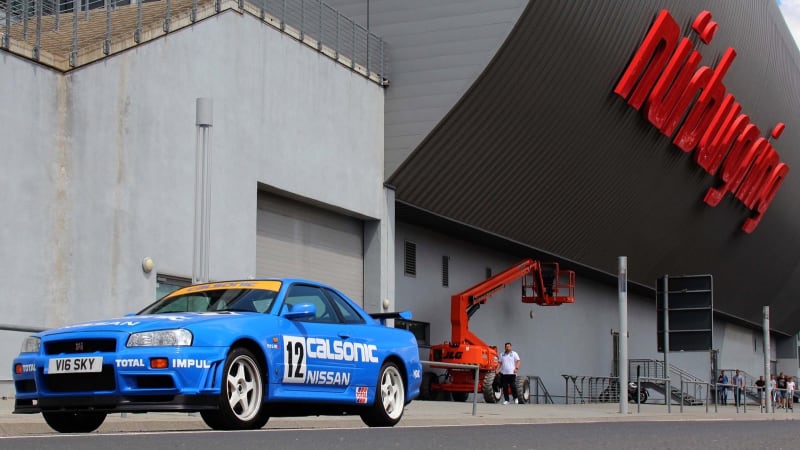 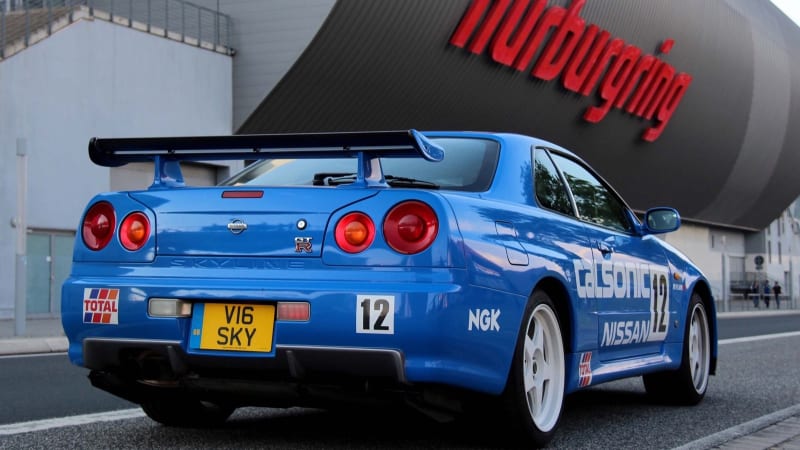 Deservedly, too. By the late 1990s, the Skyline’s Godzilla reputation was well-established and, like other Japanese manufacturers, Nissan was on a roll. Taking on European manufacturers in their own backyard with the first sub-eight-minute lap of the Nürburgring was a provocative move, and it established a grudge match with Porsche that lasts to this day. Meanwhile games and movies created a portal into Japanese car culture for a worldwide audience, many now buying for real the cars we once idolized on screen. Which is why a Porsche GT2 RS could be doing a rolling burnout past the R34 and not get a second glance from the gamers.

I’m with them, having driven out from England in the car to cheer on the three privately entered GT-R Nismo GT3s taking part in the race. Owned by Nissan, under the wrap it’s the rarest of rare things – an absolutely stock R34 GT-R, based on the Japanese V-Spec with a few U.K.-market upgrades to tempt buyers out of their Porsche 911s and BMW M3s. Nissan hoped the R34 would be a breakthrough success but, in the end, $75,000 was simply too much for a car that literally looked like it had come straight from a video game. Just 80 were sold.

The officially listed 276-horsepower output didn’t help. Conservatively these U.K.-spec GT-Rs had another 50 horsepower though, most owners accepting Nissan’s tacit invitation to unleash the real potential via aftermarket modifications. As the pinnacle of the RB26-engined lineage the R34 is the most dramatically styled and recognizably ‘Skyline’, even if the real groundwork was actually done by the R32 and R33. Shorter, more angular and more aggressive in character, it remains the true icon, as patient American Skyline fans biding their time to import their real-world Gran Turismo favorite under the 25-year rule will be aware. 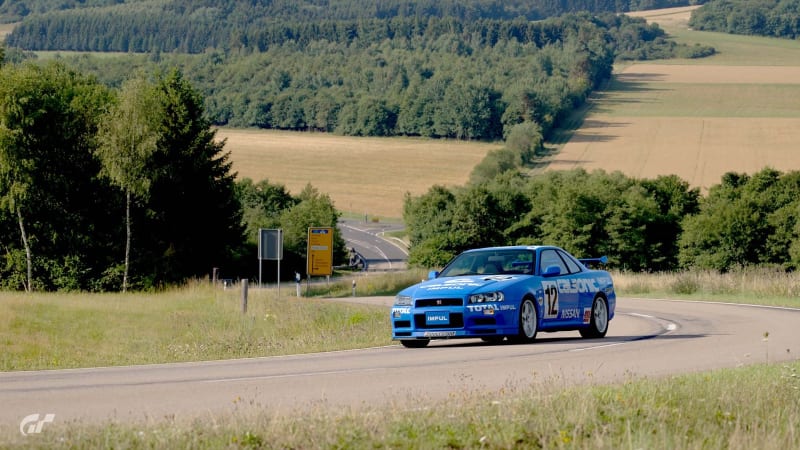 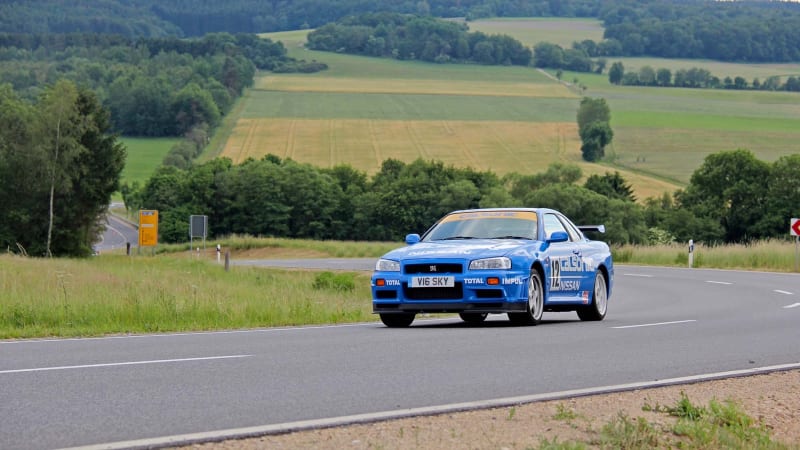 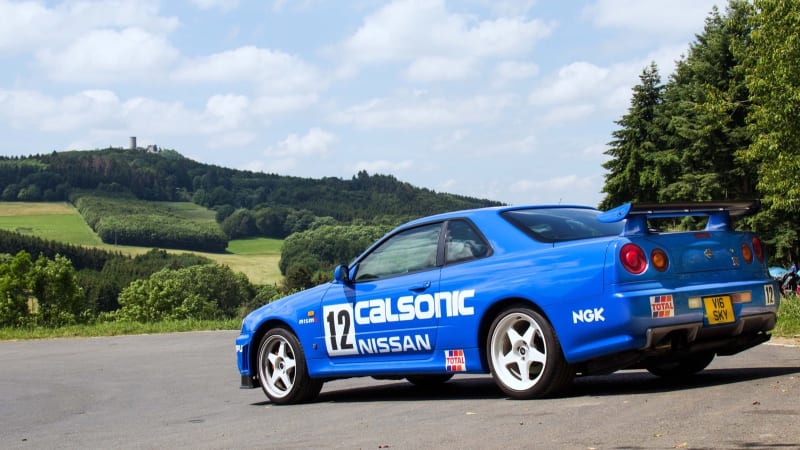 Of those riding the wave of Japanese car nostalgia, the GT-R has the biggest reputation and, from the driving seat, the greatest fascination. With all this build-up, perhaps it’s no surprise that the stock RB26 2.6-liter inline-six, despite twin turbochargers and its classy metallic red cam cover, is something of a letdown from a standstill. Part of that is due to turbo lag, and part of it is the R34’s burly 3,673-lb curb weight. The stiffly sprung accelerator doesn’t help any, making it feel alarmingly like you’ve left the parking brake on.

It sounds great though, both gruff and sophisticated at the same time. And it responds crisply enough. There’s just not a whole lot of anything happening until the rev counter passes 4,000 rpm, at which point the boost comes in and the R34 goes all Millennium Falcon, especially as you close on the 8,000-rpm redline. You need to keep it on the boil though, a process helped by the short, precise shift of the Getrag six-speed gearbox Nissan introduced for the R34. Ergonomically it’s superb too, with a dialed-in driving position, great visibility and perfectly positioned pedals. This is a car for drivers, no mistake. Unusually for a ‘90s Japanese car, it’ll even comfortably accommodate those over 6 feet tall, too. 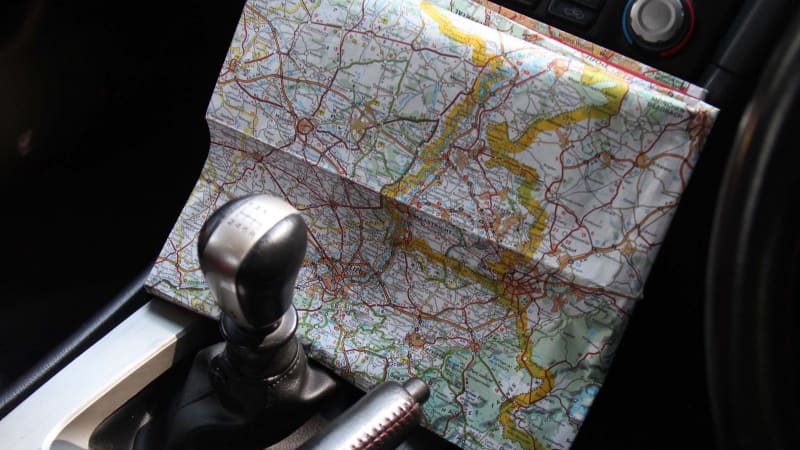 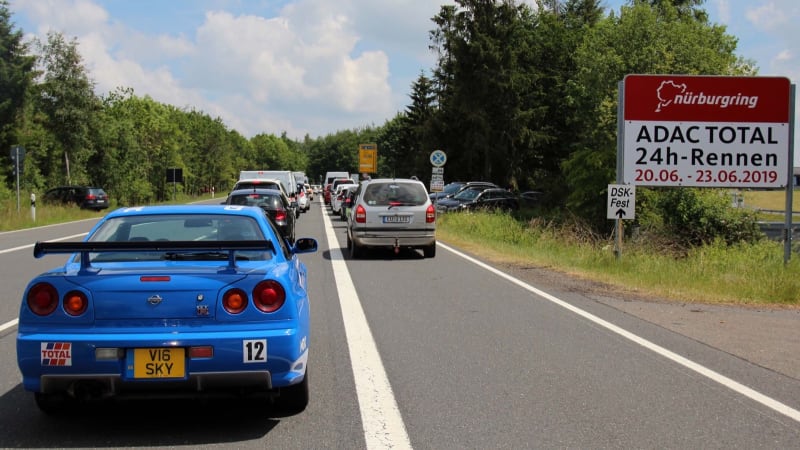 The Autobahn provides opportunity to really let rip, although its intense lag means lowly Audi A4s with their modern turbochargers will remain glued to your bumper for longer than you’d think until your old-school twin-turbos build up steam. Once the turbos hit their stride, it’s like those signature rear lights turn into afterburners. Above 120 mph, the Skyline seems untouchable in the left lane. This unmodified car starts running out of puff at about 160 mph but remains rock solid at this speed. Only the brakes date the package, a few hard stops enough to raise a grumble from the middle pedal.

And once the Autobahn stops and the twisty Eifel roads start, another side to the Skyline’s character emerges. Though it feels small compared with a modern R35 GT-R, it likewise combines heft with surprising agility. With the shorter wheelbase, default 100% rear-drive split, torque distributing differential and the HICAS rear-wheel steering, there’s an impressively snappy response to the wheel and a sharp front end to lean against. On a dry road there’s merely a hint of throttle adjustability and rear-driven balance. But it’s clear that, like a modern GT-R, you in effect have two cars in one – a fast and easy one to enjoy at eight-tenths and a considerably more challenging one if you push harder. A mentality expressed neatly by the GT-R drivers in the race, 10th for the Kondo Racing car standing as a credible finish given it’s the only non-German GT3 car in the top 10. 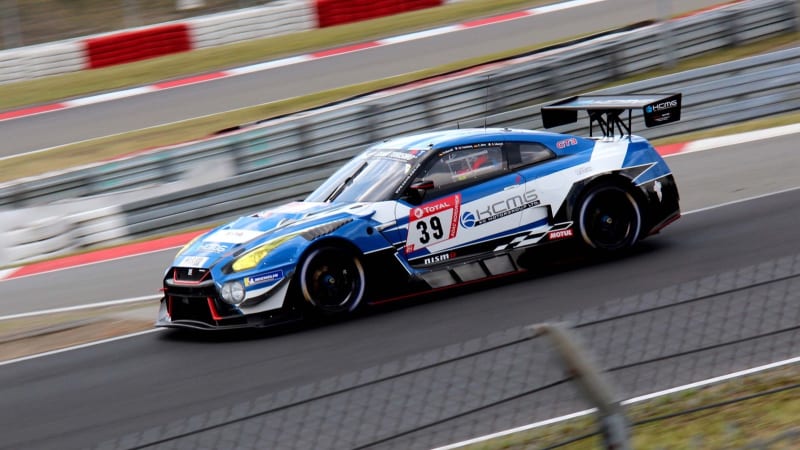 Most satisfyingly, for all the ‘PlayStation car’ reputation, driving the R34 GT-R is an intensely mechanical experience, rich in sensory delight and a world away from the computer-assisted stereotype. It took Porsche and others the best part of 20 years to catch up, the 911 Turbo only recently blessed with equivalently sophisticated all-wheel drive, torque channeling diffs and four-wheel steering. But for all that trailblazing tech the R34 is an old-school sporting coupe, just one with a unique character and towering reputation all of its own.

Those subtleties may be lost on the kids posing for selfies at the Nürburgring. But as the symbolic link between gaming and reality the Skyline legend remains as powerful as the car itself.