Its toughest competition is in the same dealership

On paper, the Mercedes-AMG GT 63 S 4-door makes sense. There are probably plenty of folks who love the AMG GT coupe’s looks and performance, but need something with cargo space for long trips or to be able to ferry around friends and family. Now having driven it, we're left in awe of its performance as well as its surprising practicality. But we're also confused, because it feels so hardcore that it’s not a great long-hauler or daily driver – isn't that the point of having four doors in the first place?

Under the hood is AMG’s twin-turbo 4.0-liter V8 tuned all the way up to 630 horsepower and 664 pound-feet of torque. It’s actually far more powerful than the AMG GT R coupe, the presumed top GT model, which produces "merely" 577 hp and 516 lb-ft of torque. Of course, the four-door is substantially heavier, negating some of that advantage, but its all-wheel-drive system nevertheless makes such a substantial leap in torque possible. Not to mention fruitful, as it helps the GT 63 S hit 60 mph in 3.1 seconds – 0.4 quicker than the GT R. 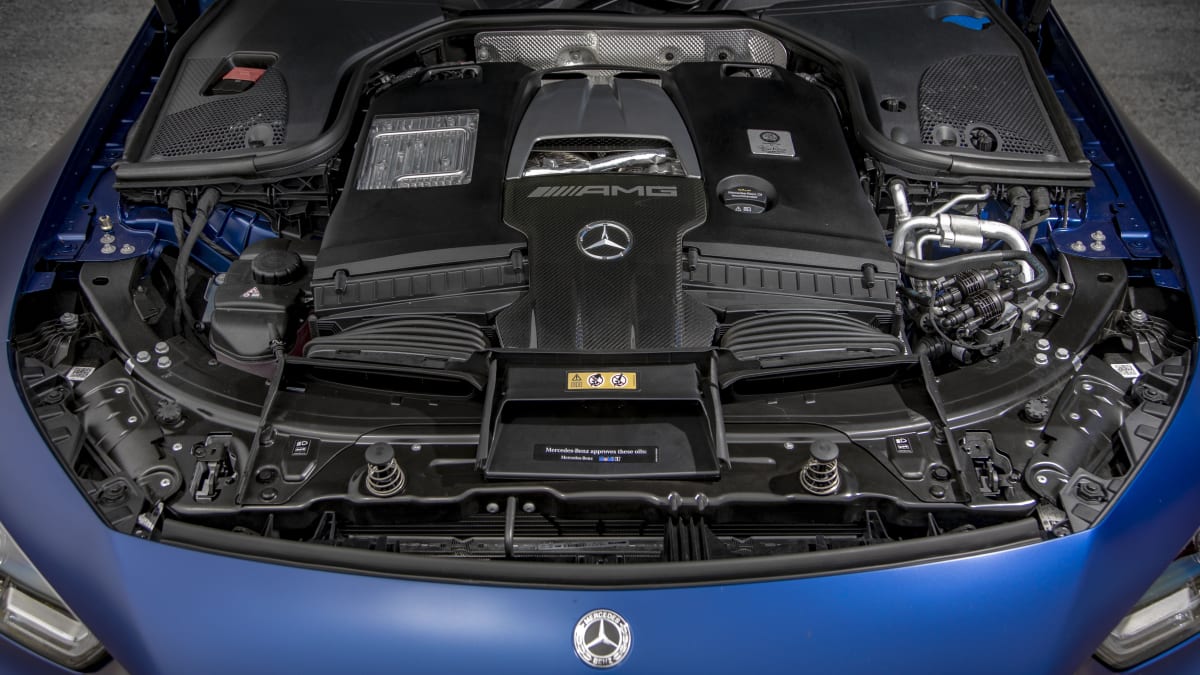 Hit the throttle and the big sedan barrels down the road nearly instantly, with not a bit of power wasted on tire spin. The power comes on remarkably smoothly, a credit both to the burbling block as well as the snappy and seamless nine-speed automatic it’s connected to. All this means you’d best be watching your speedometer closely, because even a light foot can lead to speeds that will catch the eye of your local constable.

The AMG’s handling matches its muscular engine. Steering is weighty and has solid feedback. It’s fast and the car responds instantly with virtually no body roll. And you can be aggressive with your speed and input in corners because the Michelin Pilot Sport Cup 2 tires have seemingly endless grip. It’s shocking to think that this 4,700-pound, 16-and-a-half-foot long sedan is this fleet footed. With its handling and power, the AMG GT is far more capable than can be safely explored on public roads. It begs for a track as much as its GT R cousin.

It certainly looks the part, too, particularly with the AMG Aerodynamics Package that adds a huge rear wing at the back, bigger rear diffuser and front spoiler, and extra black trim. It's the garnish on the long, wide four-door supercar's design dish. And don’t just take my word for it, it was attracting attention from the general public. Multiple people complimented me on it, and one person even took a photo of it in a gas station parking lot. 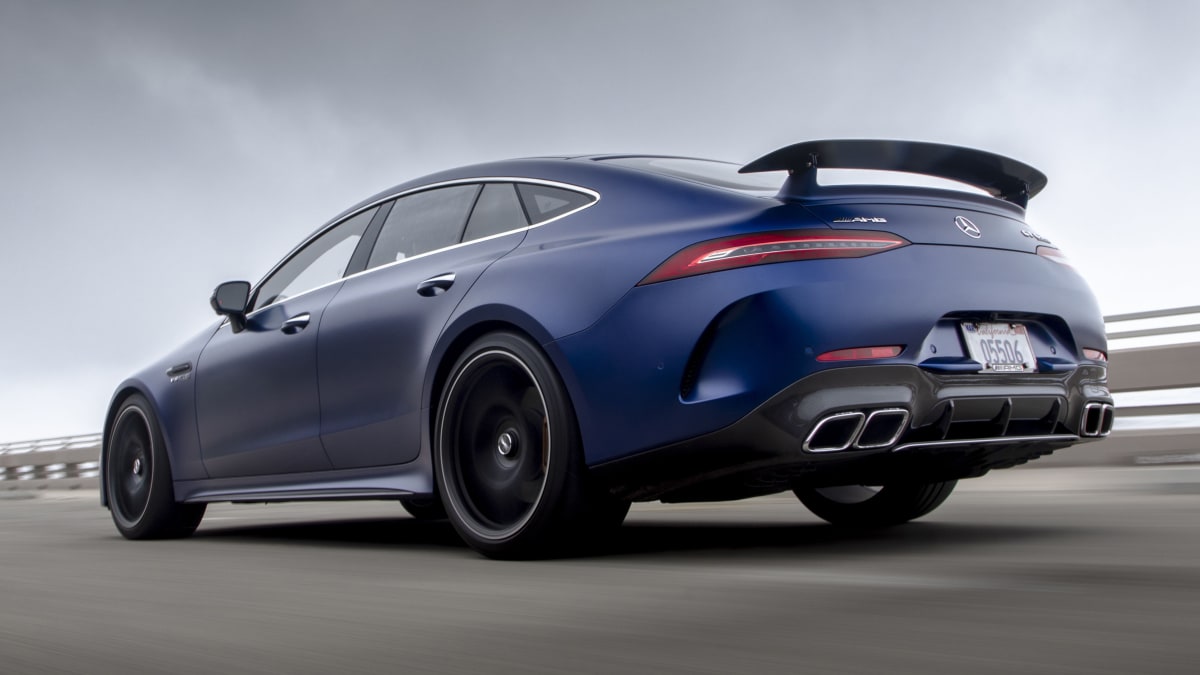 The tradeoff here is that its uncompromising ride feels almost as stiff and busy as the GT R. That seems to be at odds with the other half of the car, the one that suggests it’s a practical grand tourer. The interior is spacious, and the car feels especially wide from the driver’s seat. The rear seats are comfortable enough for a nearly 6-foot person to sit behind another. Cargo space is smaller than in competitors such as the Audi A7/RS7 and Porsche Panamera, but still plenty usable. Coupled with the typically exquisite materials and design shared with other Mercedes, the four-door GT seemingly has the ingredients to be a brilliant long-hauler or around-town luxury sedan. However, the ride is so harsh that you’ll think two or three times before taking friends somewhere or driving long distances.

This weird mix of GT body style and track car personality becomes a bigger issue when looking at what else Mercedes sells. The Mercedes-AMG E 63 S packs a whopping 603 horsepower and 627 pound-feet of torque, which may be less than the GT, but it also weighs less and its 0-60 time is only 0.2-second slower. Importantly to this point, it's far more civilized and will save you nearly $50,000 compared to the GT 63 S, a car that uses the bones of the E-Class. 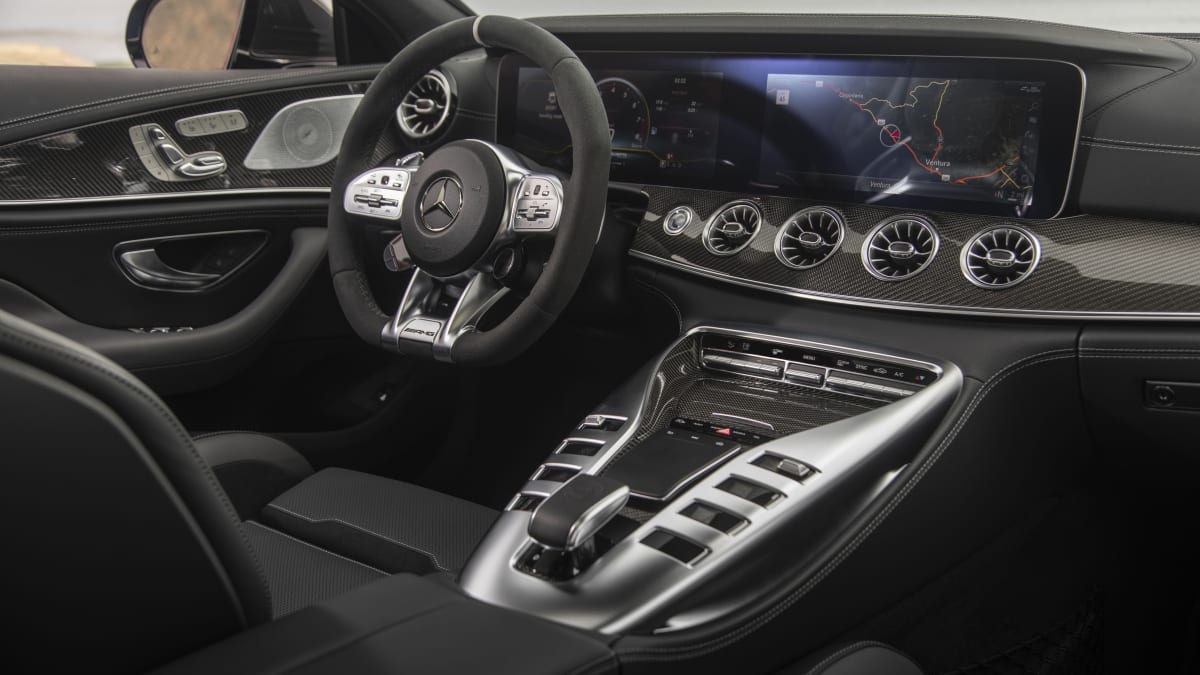 There are other, more focused options from Mercedes for style and performance, too. The CLS-Class, while only offered with in CLS 53 trim with a 429-horsepower inline-6, is arguably a better looking car with more elegant lines than the overwrought GT. And compared with the entry-level GT 53 with the same engine, the CLS 53 is $20,000. On the performance side, you have the GT two-door. And for just a few grand more than the four-door 63 S, you can have the GT R, which is unquestionably the better car to take to the track or winding road. And if you can afford either of these $150,000 cars, we imagine you can afford a comfy daily for other duties.

Basically, if you want to drive a four-door that’s as hardcore as the AMG GT 63 S 4-Door Coupe, we won’t stop you. But if you don't want to drive it far and no one wants to suffer the journey with you, what's the point of adding those extra seats, cubic feet of cargo space and all those extra pounds? Like other super sedans, it's hard not to love its fierce performance and the absurdity of its wrapper, but looking at it from an honest perspective, it's also hard to think of a good reason to actually buy one. 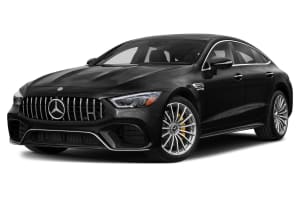