FRANKFURT, Germany – The elites of Germany’s hill climb scene used to duke it out on the roads that meander through the dense forests south of Frankfurt. They drove flat-out in shark-nosed BMW 1602s, rear-engined NSU TTs and first-generation Volkswagen Golf GTIs, among other machines built to speed through corners. We didn’t trek out to the German countryside to race vintage cars, however. We followed the footsteps of German hill climbers to get a feel for the second-generation Audi RS 7 Sportback introduced a day earlier during the 2019 Frankfurt auto show.

The 2020 RS 7 is a do-it-all. It’s an Audi, so it needs to feel luxurious. It’s a fastback, so it needs to offer a generous amount of space for people and their gear. It’s made by Audi Sport, so it has to feel 100% stable at triple-digit speeds, offer plenty of power and handle well. And, it’s a follow-up to the original RS 7, which Autoblog enthusiastically labeled “a viceless car” in 2016. Talk about a tall order to fill for the carmaker’s vehicle development department.

Early on, stylists knew they had to give the second-generation RS 7 a more muscular-looking design than its predecessor. It consequently shares only its front doors, hood, and roof panel with the A7 it’s based on; the rest of the body panels are specific to the RS model. Designers also sent every piece of chrome trim back to the parts bin, and punched out the wheel arches to accommodate a wider track bookended by 21-inch alloys. Motorists who want to fill even more space in the wheel well can order the optional 22s our tester came with, though we’d happily stick with the 21-inchers. 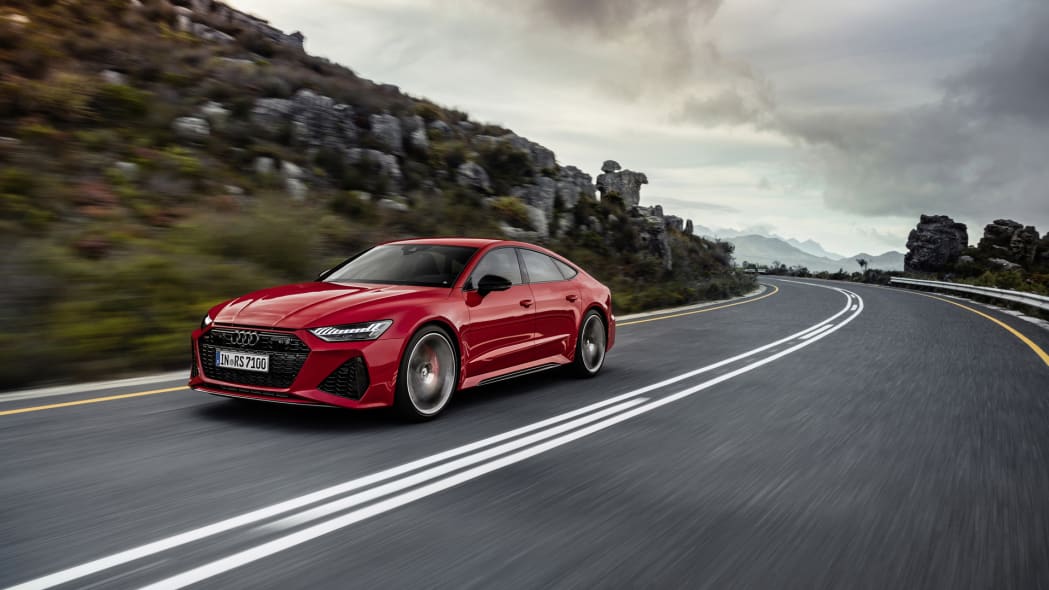 The former hill climb course wasn’t closed to traffic because we weren’t racing, but the tiny, underpowered Opel Corsa hatchbacks that comically tilted into turns as they zoomed by in the other direction may as well have been aiming for first place. The wide-bodied RS 7 adopts a very different demeanor. It remains composed while going through turns, especially with the standard air suspension set to its firmest, least mother-in-law-friendly setting. And, while we started our drive by mentally comparing the car’s size and weight with the alarmingly narrow road, the fastback quickly proves it could make us feel like we were behind the wheel of a smaller, nimbler car when needed.

That’s because the available four-wheel steering gives the RS 7 the ability to virtually adjust its footprint. The rear wheels turn in the opposite direction as the front wheels at up to about 40 mph, moving just enough to tighten the turning radius and allow the RS 7 to take a corner like a car riding on a shorter wheelbase. Conversely, the rear wheels turn in the same direction as the front ones above 40 mph for added stability. Again, we’re talking a few degrees at most.

The RS 7 is not the only Audi (or car in general) available with this technology, but it’s the one that makes the best use of it, because it needs to be a lot of things to a lot of different buyers. There’s more to it than a trick steering system and a mean look, though. The real highlight is the 4.0-liter V8 which fills most of the space that separates the front fenders. Also found in the RS 6 Avant, among other models, the eight-cylinder is twin-turbocharged to deliver 591 horsepower and 590 pound-feet of torque. The latter figure is available from 2,050 all the way up to 4,500 rpm, so it’s there to yank you out of a corner when you need it. Audi pegs the RS 7’s 0-62-mph time at 3.6 seconds, and its top speed at about 190 mph when equipped with the Dynamic Plus package.

There’s a 48-volt, belt-driven alternator-starter that harvests the energy generated while braking to improve fuel economy and reduce emissions. Behind the wheel, however, the RS 7 feels nothing like a hybrid. It's all sports sedan. The electrified portion of the drivetrain quietly remains behind the scenes, while the big V8 unabashedly steals the spotlight with an eagerness to explore the upper half of the tachometer that punches you in the gut every time you accelerate. 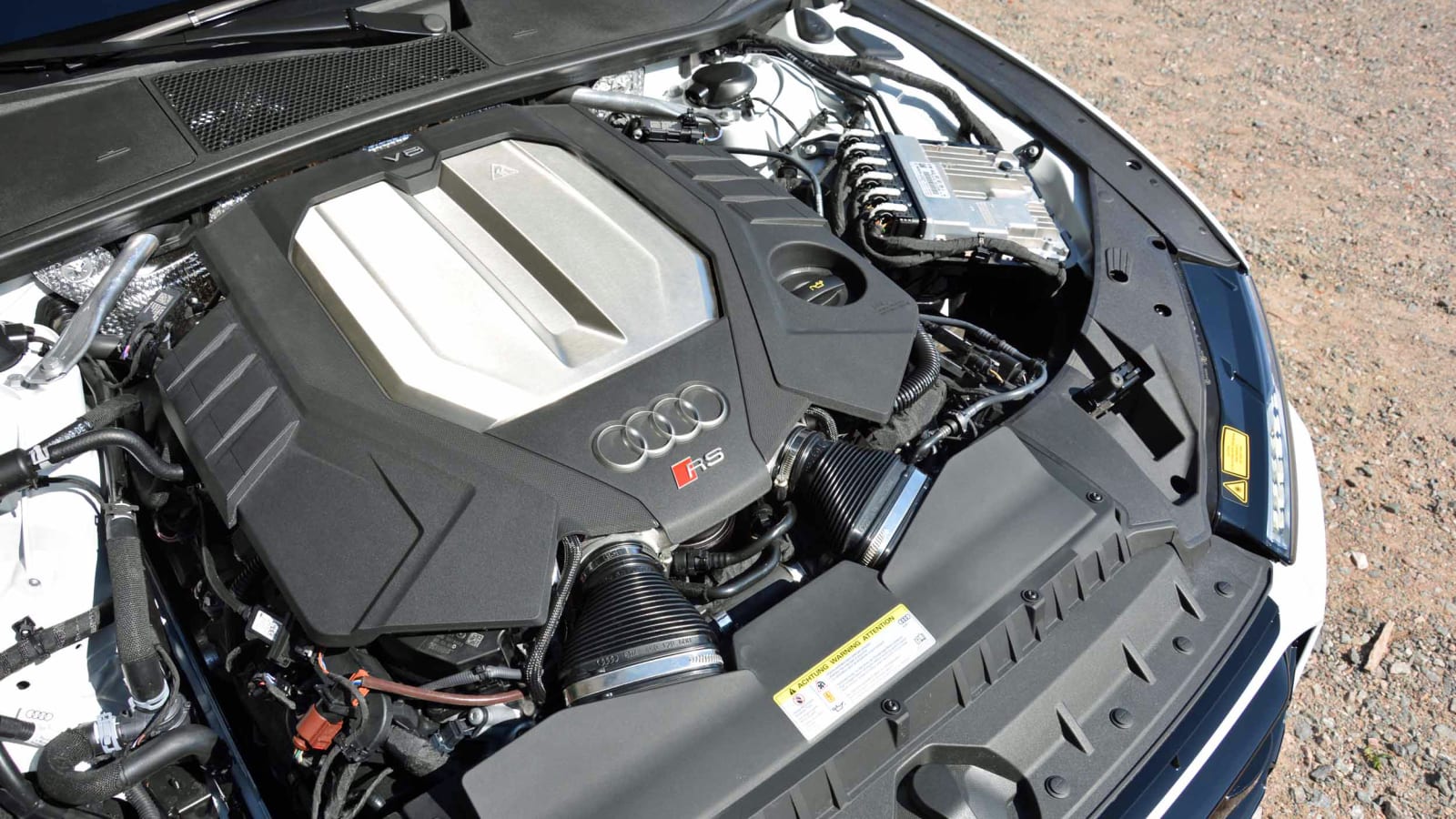 Sadly, it doesn’t deliver the kind of aural delight we expect from it – it’s more Matchbox Twenty than System of a Down – but Audi told us that’s because the cars we drove were built to comply with draconian European regulations written by legislators who don’t find the argument that loud pipes save lives convincing, let alone amusing. American-spec cars will be louder, we’re assured, and that’s good news for horsepower junkies. The V8’s soundtrack is part of the experience in a car like this; may it live long on our side of the pond.

At least the RS 7 is every bit as quick as its specifications sheet suggests. Its throttle response is nearly instantaneous, and the V8 feels like it’s in a hurry to overcome a faint hint of turbo lag to deliver its full output. The cavalry reaches the four wheels after traveling through a quick-shifting, eight-speed automatic transmission and Audi’s time-tested Quattro all-wheel-drive system. Paddles located behind the steering wheel give drivers the option to shift manually, but we left it to its own devices because it normally does a good job of figuring out when to shift, and when to hold a gear until the redline. The driving mode selected – there are six to choose from – has a big influence on the shift map.

We’d dial more weight and additional feedback into the steering if we could travel back in time and participate in the development process, though. It’s fine around town and on the highway, but making it more talkative through corners would add a bullet point to the RS 7’s resume.

Steel brakes come standard, and carbon ceramic brakes are optional. The front rotors measure 17.3 inches, which is enormous. They keep the RS 7’s pace in check with no fuss on a curvy road, but they really came in handy on the unrestricted sections of the Autobahn, where we cruised at nearly 185 mph until we caught up with merging traffic and had to scrub off speed quickly. We gave the pedal a firm, calculated kick and slowed to about 130 while the RS 7 remained straight and level. This is an extreme scenario, and motorists without plans to regularly drive in Germany will be satisfied with steel brakes. 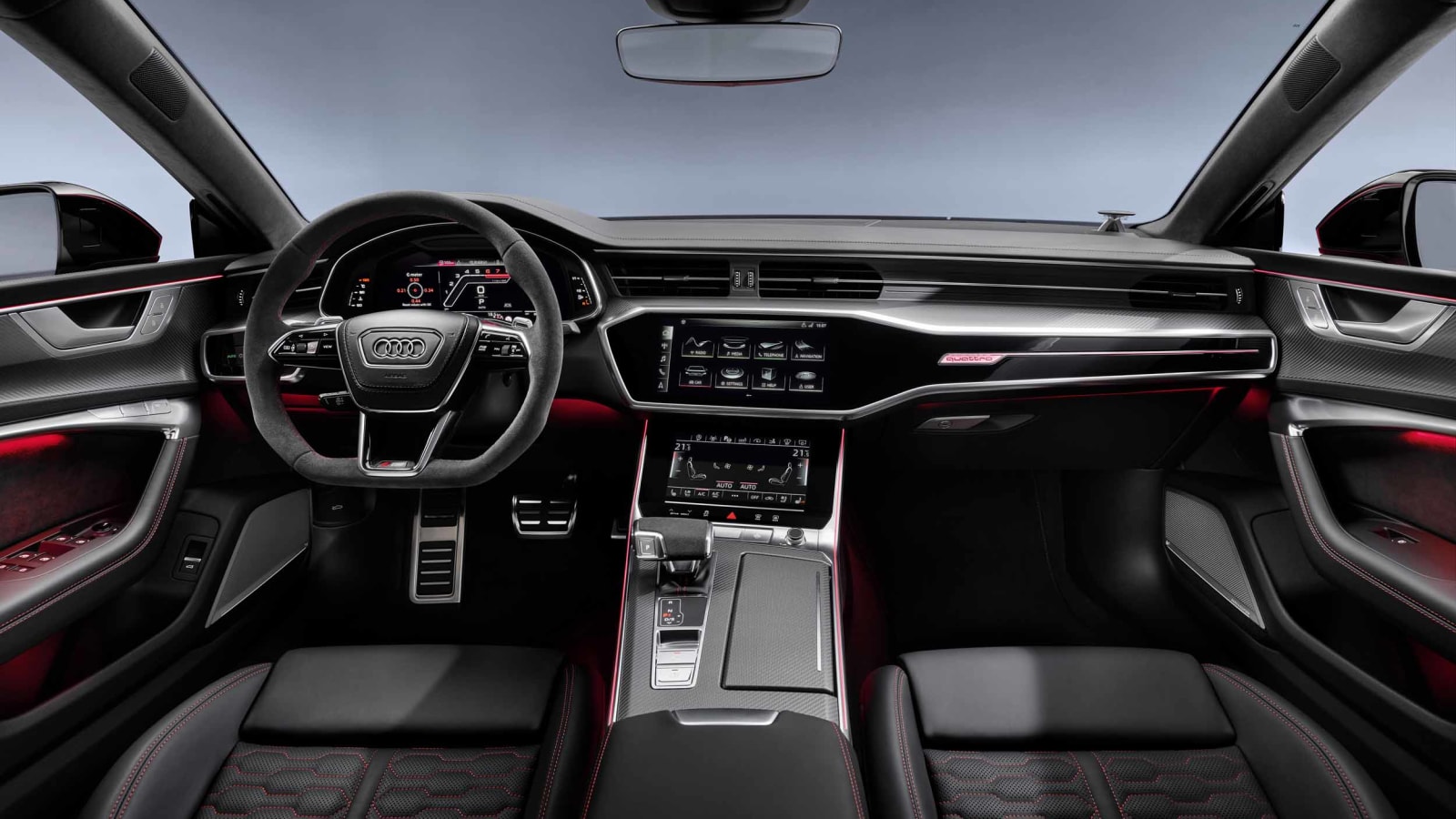 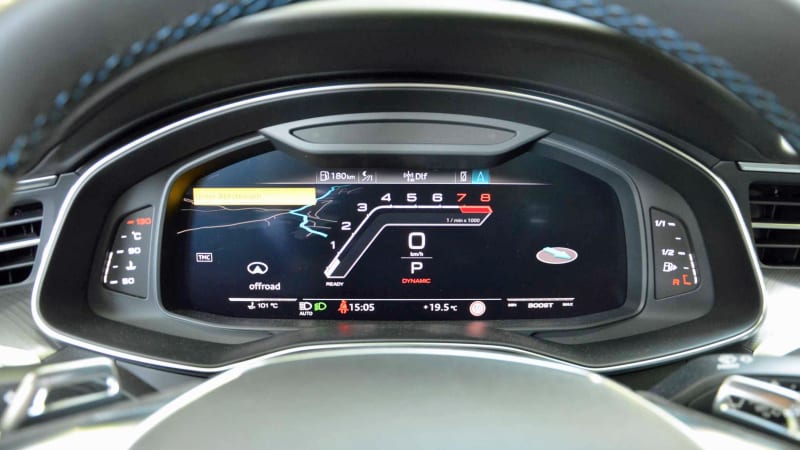 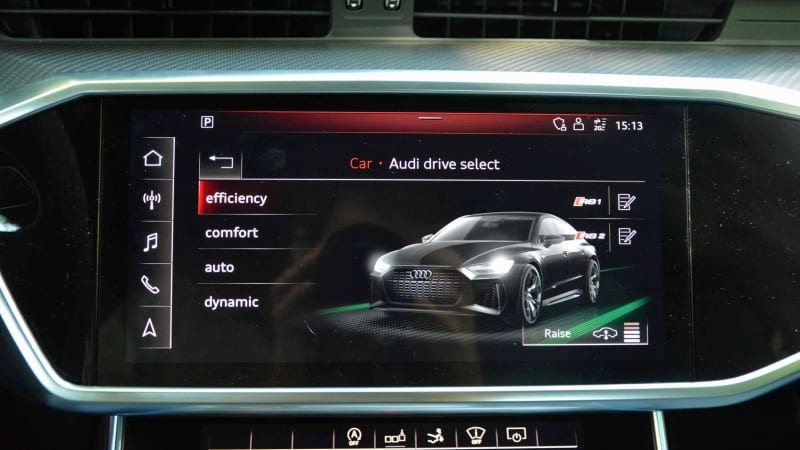 Slowing down gave us the opportunity to examine the cocktail of metal, leather, and plastic surrounding the driver. There’s not much in the way of color, it’s very Teutonic and every part the driver touches feels like it’s well crafted. It’s evident that feedback from motorists who purchased the original RS 7 seeped into the design process. They asked for a more practical car, so the fastback can be configured as a five-seater with a three-person rear bench. Those who liked the last-generation's two-person bucket configuration can still order it at no extra cost. Either way, trunk space checks in at 19 cubic feet with the back seat raised, and a crossover-like 49 cubes with them folded flat.

With the exception of a few RS-specific features and graphics, most of the tech features come from the A7. The list includes the digital instrument cluster that can be configured using buttons on the steering wheel, and the dual-screen MMI Touch Response infotainment system found in other big Audis, like the A6 and Q8. We like the software’s sharp-looking graphics, its quick response time and the ability to move icons around like on a smartphone or a tablet. If you don’t, keep in mind Audi’s infotainment system is compatible with Android Auto and Apple CarPlay, and both features come standard.

Audi hasn’t released pricing information for the 2020 RS 7 yet, but we expect it will start in the vicinity of $120,000. That figure places it right between the 53- and 63-badged variants of the Mercedes-AMG GT Four-Door, which both put a Swabian-flavored twist on the concept of a high-performance fastback, and the Porsche Panamera GTS, which feels a bit more docile than its Audi-badged relative. That’s because the GTS bows to the Turbo and Turbo S E-Hybrid variants. By contrast, the RS 7 is the king of its hill.

There are many sports cars in this price bracket, including a few damn good ones we’d love to see in our garage. But, unlike a Porsche 911 or a Jaguar F-Type, the Audi RS 7 is equally happy when it’s commuting, when it’s hauling a coffee table from West Elm or when it’s searching for traces of Germany’s racing history on a back road that snakes through the woods. It’s many different cars in a versatile, one-size-fits-all package that doesn’t lose sight of its mission to deliver thrills mile after mile. 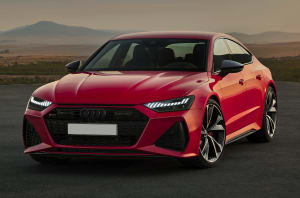 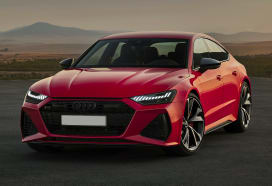 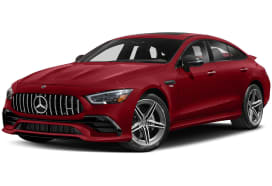