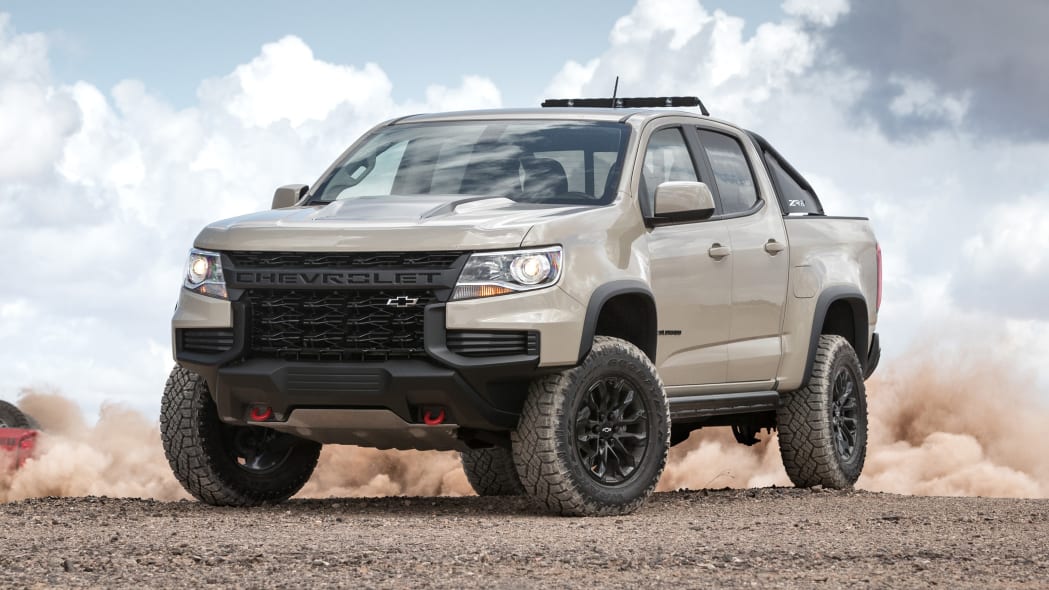 Feeling pressure from a growing number of competitors, Chevrolet has given its entry-level Colorado pickup truck a mid-cycle update that brings a new-look design, among other improvements. The truck will begin arriving in American showrooms during the 2021 model year.

The Colorado borrows a page from the Camaro's play book; Chevrolet explained it asked its designers to visually differentiate the trim levels by giving each one a specific look. We've only seen the desert-wise ZR2 model so far. It wears a taller, wider grille split in half by a flow-through insert that displays the manufacturer's name, while the Bowtie moves next to the driver's side headlight. Chevrolet's trucks have worn its name on their nose before, notably during the late 1960s and the early 1970s, but the emblem has always been right in the middle of the front end.

Chevrolet noted the WT and LT trims will wear new gold-colored Bowtie emblems, while the Z71 will get a black badge like the ZR2's. All variants regardless of trim or cab configuration will receive a tailgate stamped with the name Chevrolet. The trucks currently wear a plastic badge out back.

The ZR2 continues to offer enthusiasts an array of off-road-oriented goodies, including Multimatic shocks, a two-inch suspension lift, electronic locking differentials on both ends, a two-speed transfer case, cast-iron control arms, and a wider track. Skid plate keep the expensive oily bits away from metal-piercing obstacles encountered on the trail. The 2021 redesign adds red tow hooks to the list.

Mechanical specifications remain under wraps. Similarly, we don't know if the nip-and-tuck will extend to the interior, or what effect it will have on pricing, though don't expect the Colorado to get any cheaper. And, since it's going under the knife, it's reasonable to assume the GMC Canyon it's identical to under the sheet metal will also enter the 2021 model year with a fresh face.

Made in Missouri, the 2021 Chevrolet Colorado will go on sale early during the 2020 calendar year. Pricing information and details about the rest of the range will emerge in the weeks leading up to its on-sale date. When it lands, the Colorado will compete in the same rejuvenated segment as the Jeep Gladiator, the Ford Ranger, the Toyota Tacoma, and the prehistoric Nissan Frontier. 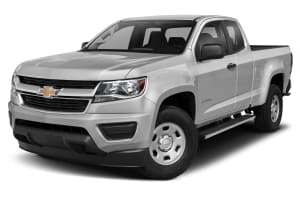