When it comes to hot hatchbacks, the VW GTI represents the sweet spot of price and performance, boasting strong power and handling in a practical, highly refined shell for less than $30,000. There are cars that are faster but much more expensive, such as the Civic Type R, and those that are cheaper, but much less potent, such as a Hyundai Elantra GT N-Line. The introduction of the 2020 Hyundai Veloster N changes things. After driving it, it’s clear that the Veloster N has the same ideal blend of affordability and capability, but the focus is on performance instead of the GTI’s bias to refinement.

Before even getting behind the wheel, the Veloster N makes its performance focus known on paper. The Veloster N with the Performance Package we tested makes 25 more horsepower­ – for 275 total – than the regular N, along with the same 260 pound-feet of torque from its turbocharged 2.0-liter four-cylinder. It also adds an electronically-controlled mechanical limited-slip differential, summer tires, electronically adjustable exhaust, and larger front and rear brakes. 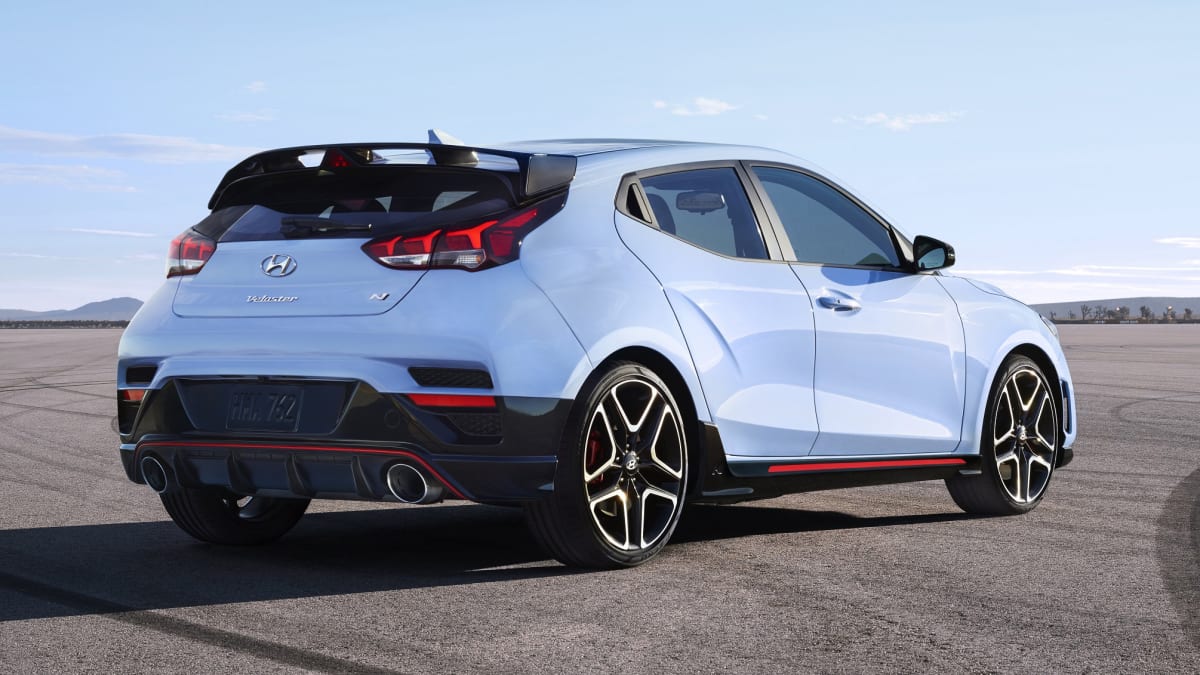 Having lots of power for the money is only the tip of the Veloster N’s bargain performance iceberg. All 275 ponies are delivered in a silky smooth fashion, smoother than even the highly refined GTI. It doesn’t quite feel like a naturally aspirated engine, but the turbo spools fast, and power builds very progressively. It makes strong power throughout the rev band, making the Veloster N flexible and responsive. The engine note is thoroughly unobtrusive in Normal mode, growly in Sport mode, and in Sport+ it adds bangs and pops. You’ll appreciate having selection, too, as the sport modes tend to drone on the highway.

The engine is coupled to a surprisingly sweet six-speed manual gearbox. Each gate is clear and crisp, and the lever drops into each willingly. It isn’t quite as slick and well-weighted as the Honda Civic Type R’s shifter, but still ahead of most other sport compact cars, including the GTI.

As good as the engine and transmission are, what really astonishes about the Veloster N is the way it handles. The Veloster powers through corners so neutrally, it’s hard to believe it’s front-drive. Credit goes to the superb suspension tuning, honed under the watchful eye of former BMW M chief engineer Albert Biermann, and the N’s torque-vectoring, electronically-controlled mechanical limited-slip differential.  It provides excellent traction, and even as you feed more power in through the corner, the Veloster stays on the line. It’s most noticeable in the Sport+ setting. 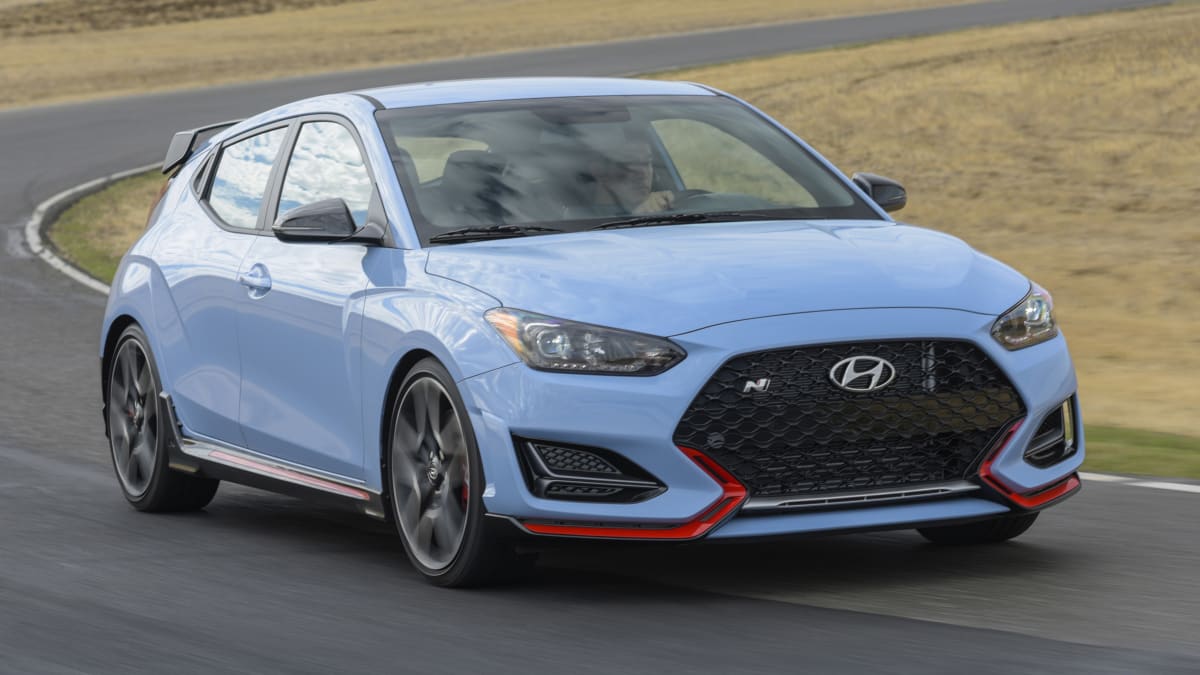 Regardless of suspension setting, the car's tail end is willing to rotate, but not so much that it feels squirrelly. The main difference in each setting is the amount of body roll and how comfortable it is. In Normal, there’s just a little body, while Sport+ nearly eliminates body roll but you’ll feel like the car is going to shake apart on public roads. The impressively designed suspension and aggressive differential combine to make the N an effective and precise cornering tool. The only weak point is steering that, regardless of setting, doesn’t have the precision and fine levels of adjustment as those in VWs and Hondas. Fortunately, it’s always weighted well and is accurate. The different steering settings mostly adjust weight and nothing else.

Of course, a hot hatchback can’t only be an amazing performer. It should look good, be practical, and ideally be a nice place to be. In these regards it’s arguably less impressive than its peers. In terms of styling, the Veloster N finds the perfect middle ground between the subtle GTI and the over-the-top Civic Type R. It has a deep spoiler and side skirts plus a big wing, but doesn’t go so far as adding extra grilles, scoops and vents all over. I also love the coupe-like body style and unique three-door arrangement, but some of my colleagues prefer a more formal hatchback shape and four full doors. 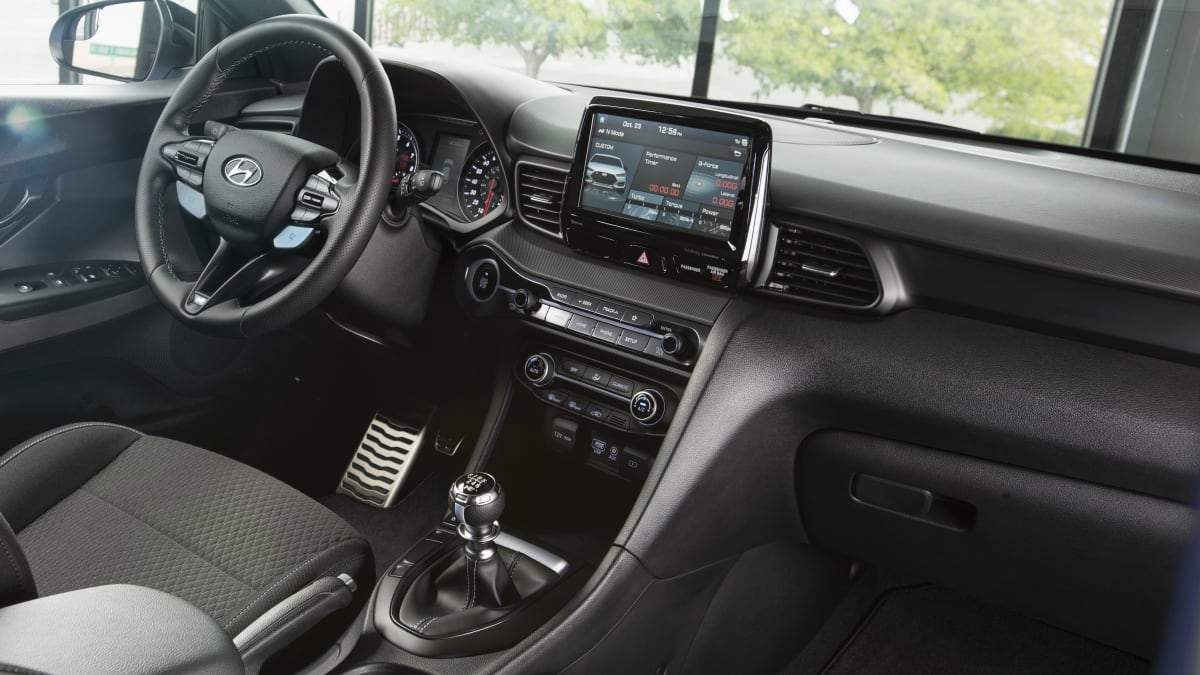 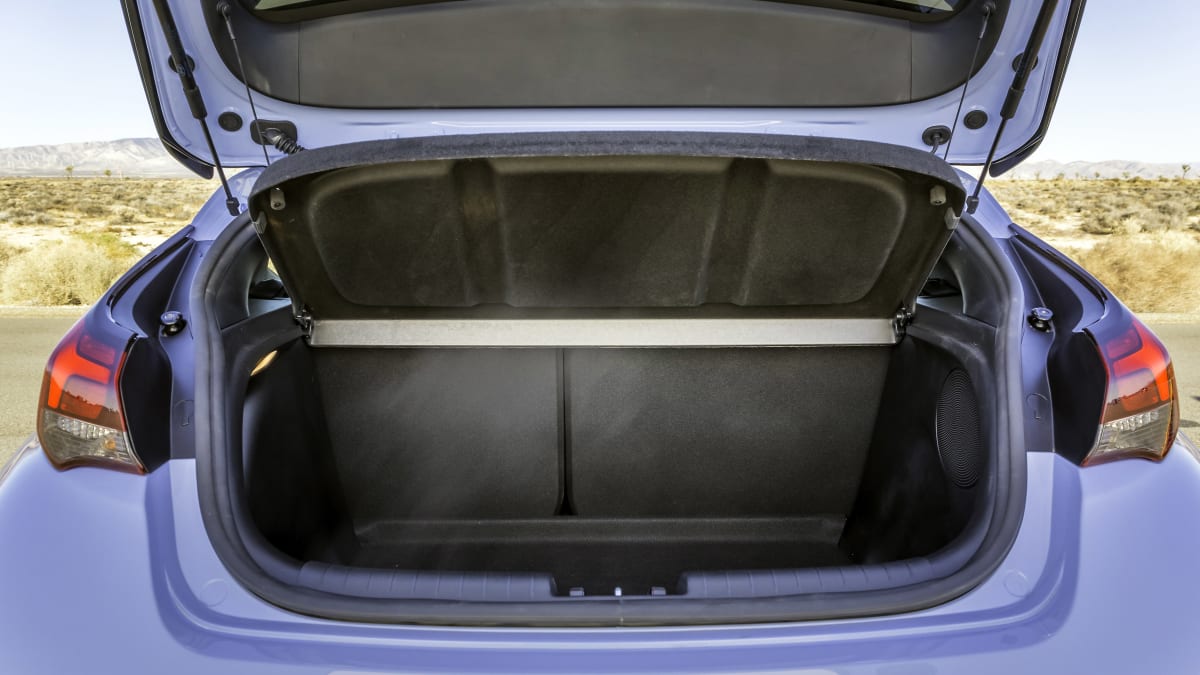 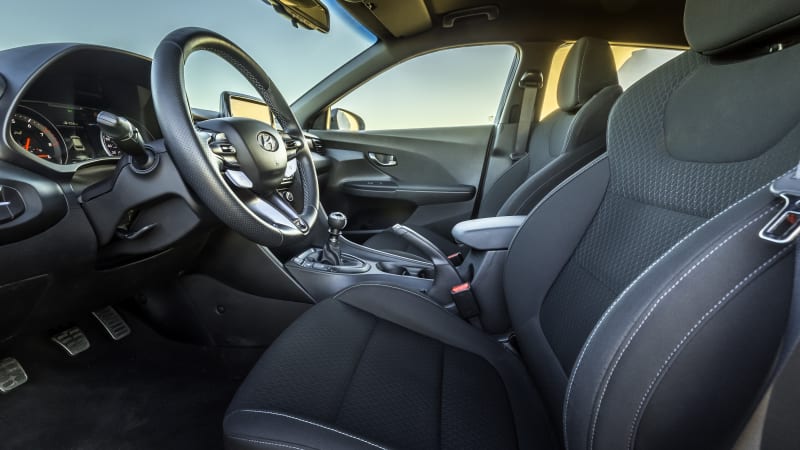 Inside, the Veloster N is fairly spacious for front occupants with a good amount of headroom and legroom. The back seat is the opposite, which is an advantage for vehicles such as the GTI and hot Civics. The cargo area comes in at just under 20 cubic feet, which is a solid amount considering it has a smaller, more coupe-like shape than its more conventionally shaped competition. For reference, the GTI’s cargo area is just under 23 cubic feet in volume.

Like other Hyundais, the infotainment system is a breeze to use with large shortcut buttons and a responsive screen, although the graphics now look dated. The interior materials are also a bit low rent with lots of hard gray plastics that remind you the N is derived from a car that starts at a price lower than $20,000. From a style perspective, though, it’s a bit bland, but the light blue seat belts and interior accents (N’s official color), make it feel a little more special.

While the GTI will remain a hot hatch benchmark, but it's still best suited for someone who wants something more subtle, refined and practical. The Veloster N sacrifices those sensible shoes elements for more power, better handling, and an exciting shape. For someone who wants the most hot in their hatch, including yours truly, it’s a sacrifice that’s totally worth it. 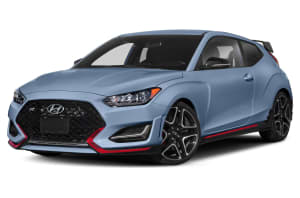