This 'corner rascal' is serious about satisfying the driver

Hyundai put together a true hot hatch that legitimately competes with the best cars in the class. The excellent dynamics and powertrain lift it up, but a lackluster, cheap interior still holds it back from hot hatch supremacy.

WILLOWS, Calif. — Turn 5 at Thunderhill Raceway is notorious, with an uphill approach that launches you toward a blind crest. As you reach the top you see an off-camber curve sweeping off to the right as it drops 1.5 stories before you. And it's at that very moment the car peaks and becomes momentarily weightless. This is where I, and the 2019 Hyundai Veloster N, came in too hot over the summit.

As the asphalt dropped away in front of me I expected the Veloster N, pulled by momentum and gravity, to rocket straight into the sand ahead. But then a strange thing happened. The inside wheel tucked in as I yanked the wheel rightward, the nose jerked starboard, and the Veloster N hunkered down and pulled me through the turn like a loyal sled dog.

This is evidence that the Veloster N is very much the spiritual successor to the inexpensive, tossable, front-drive compact heros of a generation ago. Race tracks swelled with Acura Integras, Nissan Sentra SE-Rs, Toyota Celicas, and the like. You could drive them to work like a responsible citizen during the week, and autocross every weekend.

The Veloster N is a key part of the final phase of Hyundai's grand plan in the U.S. market. In the late 1980s, they entered the market with rock-bottom prices but not much else. By the 2000s, a focus on quality led to the 10-year, 100,000-mile warranty. And by the 2010s, styling became a focus, enticing customers to buy cars with their hearts. 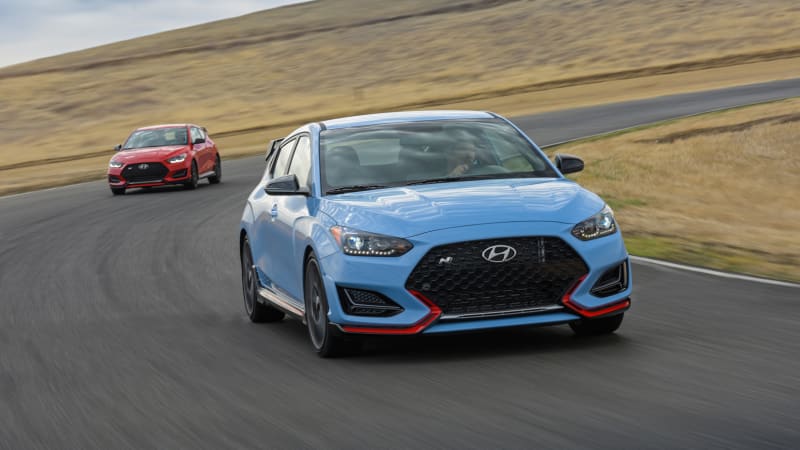 But making Hyundais fun to drive? That's the N line's job. N stands for Namyang, the location of Hyundai's R&D center in South Korea, as well as Nürburgring, where dynamic testing of its N cars took place. And yes, that's cars as in plural. The first N model, the i30N, has already become very well respected as a serious sporting machine in Europe. Savvy observers might note that the i30 is sold as the Elantra GT in the U.S., but Hyundai says the i30N will remain exclusive to Europe. Instead, they've developed the Veloster N specifically for the Korean and North American markets. And with a lower profile, it puts down even better numbers than its European cousin.

The Veloster N comes in two flavors, both powered by a 2.0-liter direct-injection turbo four. Standard trim churns out 250 horsepower, 49 more than the Veloster Turbo, put down through 18-inch alloys wrapped in Michelin Pilot Super Sports perched at the ends of electronically controlled dampers. Exact pricing wasn't available yet at the time of our drive, but Hyundai says it'll come in at less than $28,000. 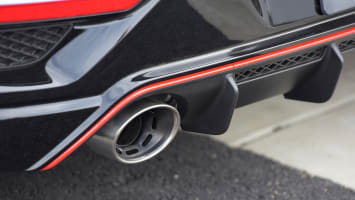 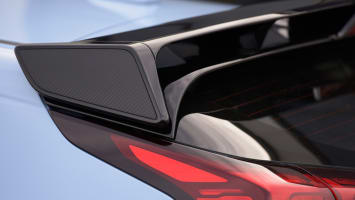 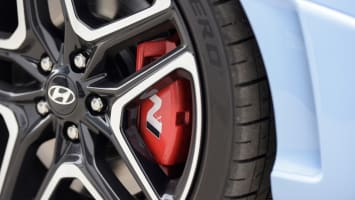 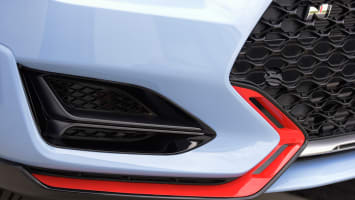 An even hotter version, called simply the Performance Package, gets 275 horsepower, larger brakes, striking 19-inch alloys with Pirelli P Zeros, a variable-valve exhaust system and, most important, an electronically controlled LSD. We can't imagine anyone not wanting to opt for these goodies, as the total will ring in below $30,000.

If Hyundai holds true to these numbers, the Veloster N will be a phenomenal value proposition. The reigning king of front-drive performers, the Honda Civic Type R, has 31 more horses, but it also costs $4,700 more. A VW Golf R has 17 more ponies and a price tag heavier by $10,395.

Of course, with a car like this, numbers don't tell the whole story. A hot hatch's raison d'etre is sharp, grin-inducing handling, and the Veloster N can crack them ear-to-ear with the best. 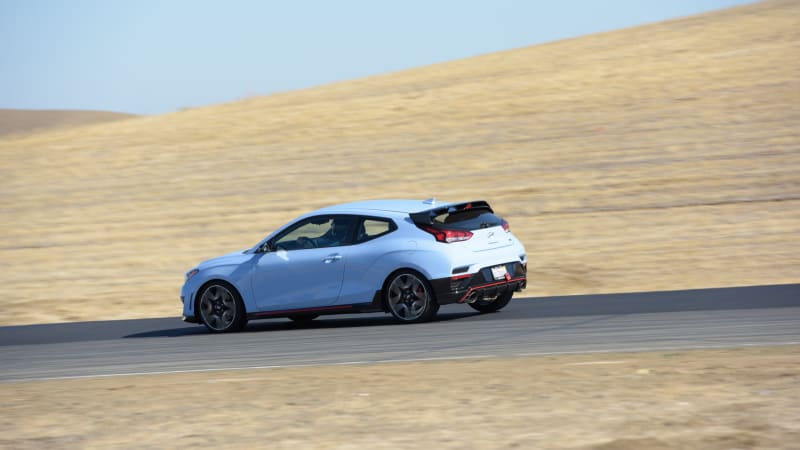 "We love corners!" proclaimed N Division chief Albert Biermann at the Veloster N's Thunderhill launch. "Every N car has to be hungry for corners!" Biermann, who left his post as head of BMW's legendary M division to oversee Hyundai's nascent N brand, went even further, calling the Veloster N a "corner rascal" — which really is the perfect descriptor for the funky little hatch.

On the track, the Veloster N is an excited puppy, always eager to make its owner happy. Body roll and nose dive are nonexistent, yet the suspension is still compliant enough to not let bumps and dips upset trajectory. Even when overcooked, usually a time of panic for front-drivers, the Veloster N maintains equanimity. Sure, it understeers like any front-drive car would, but the push is always predictable. The LSD pulls the inside tire exactly where the steering wheel is pointed and launches you there as soon as it regains traction.

The key word here is balance. Its 3,100-pound curb weight is on par with the Civic Type R and Golf GTI, but it has been freed from the ponderous steering and bulkiness of previous Hyundais. And even if the car is front-heavy, it never felt that way. The secret, Biermann revealed, was to reduce the roll center on the aft axle compared to that of the front, and to give more downforce on the rear. No matter what we threw at it, the car felt planted, controllable, and ready for the next challenge. 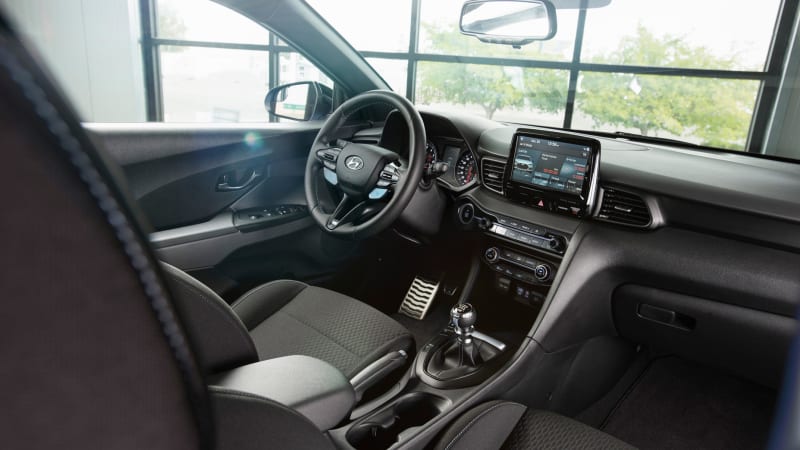 There's something beyond handling manners going on here, something not exactly quantifiable in horsepower figures or lap times. "If there was one thing we were trying to achieve with this car," product planner Mike Evanoff told us, "It's an analog driving experience."

Central to its analog character is steering feel, and for an electronic rack the Veloster N offers a natural and precise sensory experience. Enter Sport mode and it weights the steering wheel with direct, intuitive feedback and quick engagement and perks up the throttle like a shot of caffeine. Go-pedal response becomes immediate and easy to modulate. You almost believe there's a cable yanking on a butterfly valve. Kick it up to N mode, activated by its own blue button on the steering wheel, and its input sensitivities are heightened even more. It turns up the boost and tweaks the electronic wastegate to make the acceleration even quicker.

You'll never forget you're in N mode, either, as it retards the timing when you lift off the throttle, adding a crackle-pop of unburnt fuel to the tuned growl soundtrack of the exhaust. The Veloster does pipe some induction gnarl into the cabin, but the turbo operates smoothly enough to eliminate a discernible whistle (or kick, for that matter).

Ironically, it was the old-school clutch that feels the least connected, a tad doughy and the travel a bit too short in the modern Teutonic mold. Any difficulty finessing it can be mitigated, however, with the snazzy rev-matching function that transforms even the most ham-footed driver into a master heel-toer. Similarly, the gearbox clicks into each gate smoothly and accurately, though perhaps not with as mechanically satisfying a motion as the gold standard of 1990s Hondas. 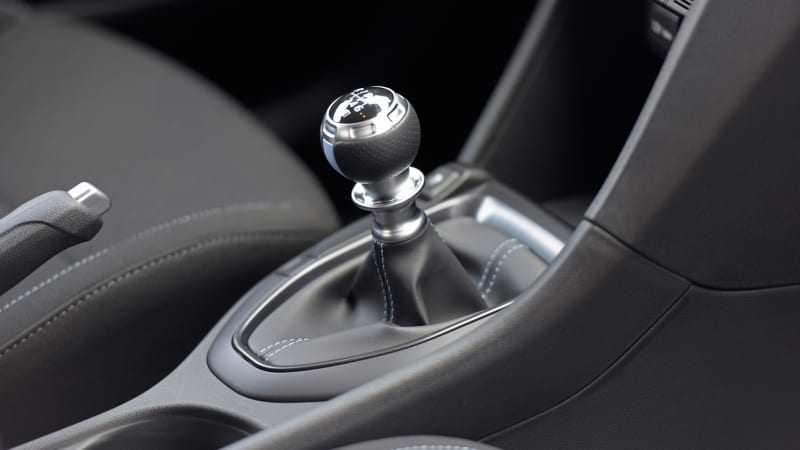 We should probably devote some time to the rest of the interior, which is neither cutting edge nor offensive. It is easy to use, which is all you can really ask for in a car like this. Like many recent Hyundais, the infotainment menus don't require a textbook to figure out. Splashes of trademark N blue can be found throughout the cabin, reminding you to smile. The trunk is surprisingly cavernous for a car of the Veloster's size, greater than that of many crossovers. It has Apple CarPlay and Android Auto.

Now back to the fun stuff. Of late, it has become fashionable for manufacturers to throw blingy, multi-pot Brembos on their respective performance packages. Rather than force owners to spend a fortune on rotors and pads, Hyundai raided its parts bin for larger calipers and rotors. Cooled by ducts on the front fascia, they hold firm and fade-free even at the end of a hard day's flogging.

The same driving characteristics that make it a delightful weekend warrior make the Veloster N a rapturous canyon carver. After repeated laps at Thunderhill, we took a drive into the Mendocino National Forest west of the track. On those mountain roads, more undulating sweepers than tight switchbacks, the Veloster N evinced as much joy as something that isn't a Miata can. It's so fun, it's easy to forgive the stiffness of Sport or N mode suspension settings. 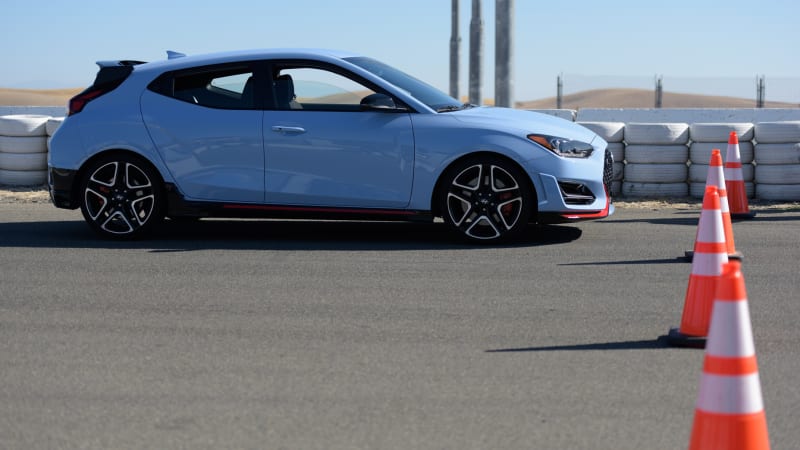 That last note is perhaps the key to understanding the Veloster N. A Civic Type R might be technically faster around a circuit, but it's a serious business machine, full of wings and scoops and vents. The Hyundai's mission is clear, whenever you ponder its off-kilter three-door layout, glimpse its ugly-cute robot chinchilla styling, or slip on its whimsical light-blue seatbelt. The Veloster N wasn't engineered to squeeze every last tenth out of a lap time, it was born to frolic.

If Hyundai can keep this up, the N line just might capsize the entry-level performance-car establishment. A corner rascal indeed.