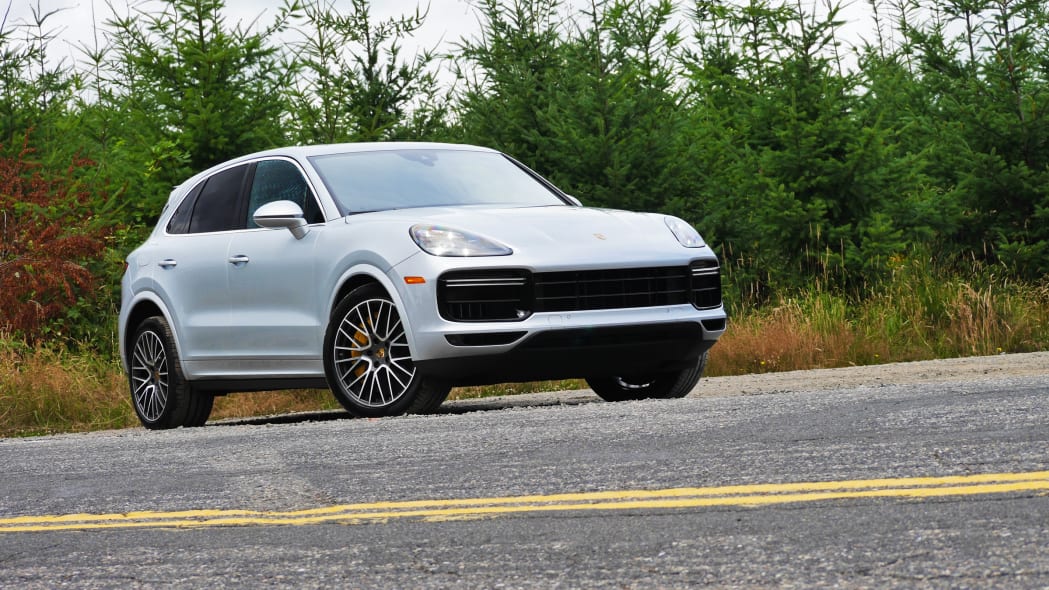 This 2019 Porsche Cayenne Turbo, painted a low-key Rhodium Silver with a black leather interior, is definitively stealthy. And by examining its spec, you can glean a few things about the kind of person who’d buy it. First, they couldn’t care less if anyone noticed what they were driving. If it weren't for the Porsche badges, most people wouldn't give it a second look. The buyer knows what it is, and that's enough.

And second, they’ve got so much money that even looking at the final tally isn’t necessary. This Cayenne hit the register at a cool $146,590, which is obviously quite expensive, but the more important information is what specifically it was spent on – and it wasn't on special-order paint or leather-lined air vents.

The most significant chunk of change goes to the capital ‘T’ Turbo V8, which boasts 541 horsepower, 568 pound-feet of torque and a 0-60 time of 3.9 seconds. With it, you gain the Cayenne's otherwise optional adaptive PASM air suspension, upgraded brakes, sport seats and some extra creature comforts. It starts at $125,850, which is $41,700 more than the Cayenne S.

Now let’s turn to the options list. While about $5,400 was spent on a head-up display and some minor creature comforts that should be standard on a $146,590 car (proximity entry is optional, really?), the vast majority went to further performance enhancements, price be damned. Or rather, price be inconsequential.

There's the Porsche Dynamic Chassis Control for $3,590, which is an active roll stabilization system on both axles. Not surprisingly, this is one flat-cornering SUV. There's the $1,620 rear axle steering and $1,500 Porsche Torque Vectoring Plus system, which together make whipping the Cayenne around hairpins almost disconcerting. There's the $1,130 Sport Chrono package, which adds Sport Plus and Individual driving modes, launch control, a Sport mode for the stability control system, and the rotary steering wheel mode selection switch that includes the Sport Response button (basically engages 20 seconds of extra-exuberant engine performance). This Cayenne also had 21-inch RS Spyder Design Wheels for $1,250 – the "base" wheels are also 21s but admittedly just don't look as cool. 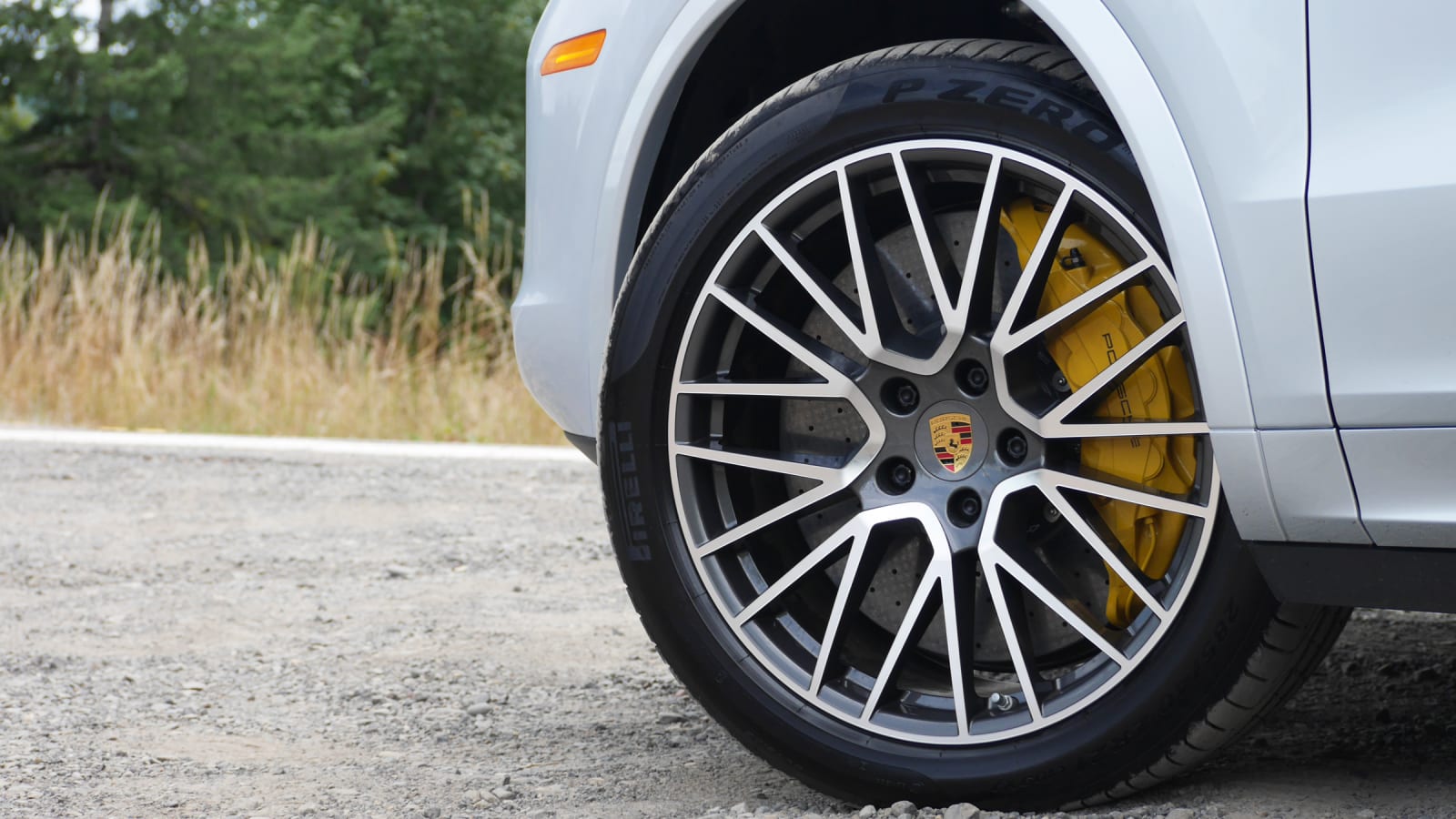 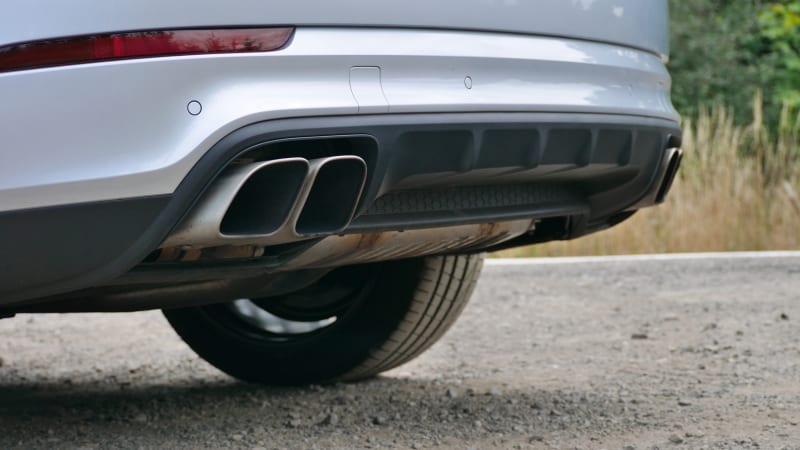 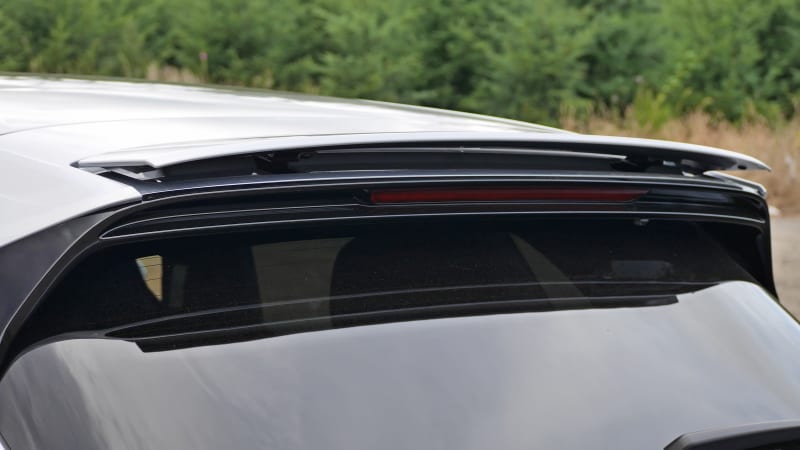 And finally, there's the Porsche Ceramic Composite Brakes for $5,580. Generally speaking, you buy carbon brakes for track use due to their increased resistance to fading. Neat, but are people seriously driving a Cayenne on a track? I mean, besides a one-time Porsche Experience type thing to see what their Cayenne Turbo can really do? They’re complete overkill, and they may squeak a bit, but if you want the best brakes possible and price isn’t an issue, you get PCCBs. Why not get the best?

And that question can certainly be applied to this Cayenne Turbo's driving experience in general, because if there's a more engaging SUV to drive, I haven't driven it. You don't even need to go extra-legal speeds to reveal the crisp steering, just-right throttle calibration and the driving position that places every major control exactly where it should be. If you gravitate towards driver-focused vehicles, the Cayenne feels exactly like you think it should, regardless of how and where you're driving.

Admittedly, though, those controls are indicative of any Cayenne, and if anything, like those carbon brakes, the Turbo's absurd horsepower is a bit wasted. You'll find yourself going so fast so quickly and with so little drama, that you'll either get a bit bored or get thrown in jail for doing 130 in a 30. Now, is that so different from a 911 or other similarly fast sporty car? Yes, because it's an SUV. The Cayenne is bigger, taller and comfier – even if its controls are engaging, there just isn't that same seat-of-the-pants feel you'd get from a sports car, GT or sport sedan. You're further away from the action. 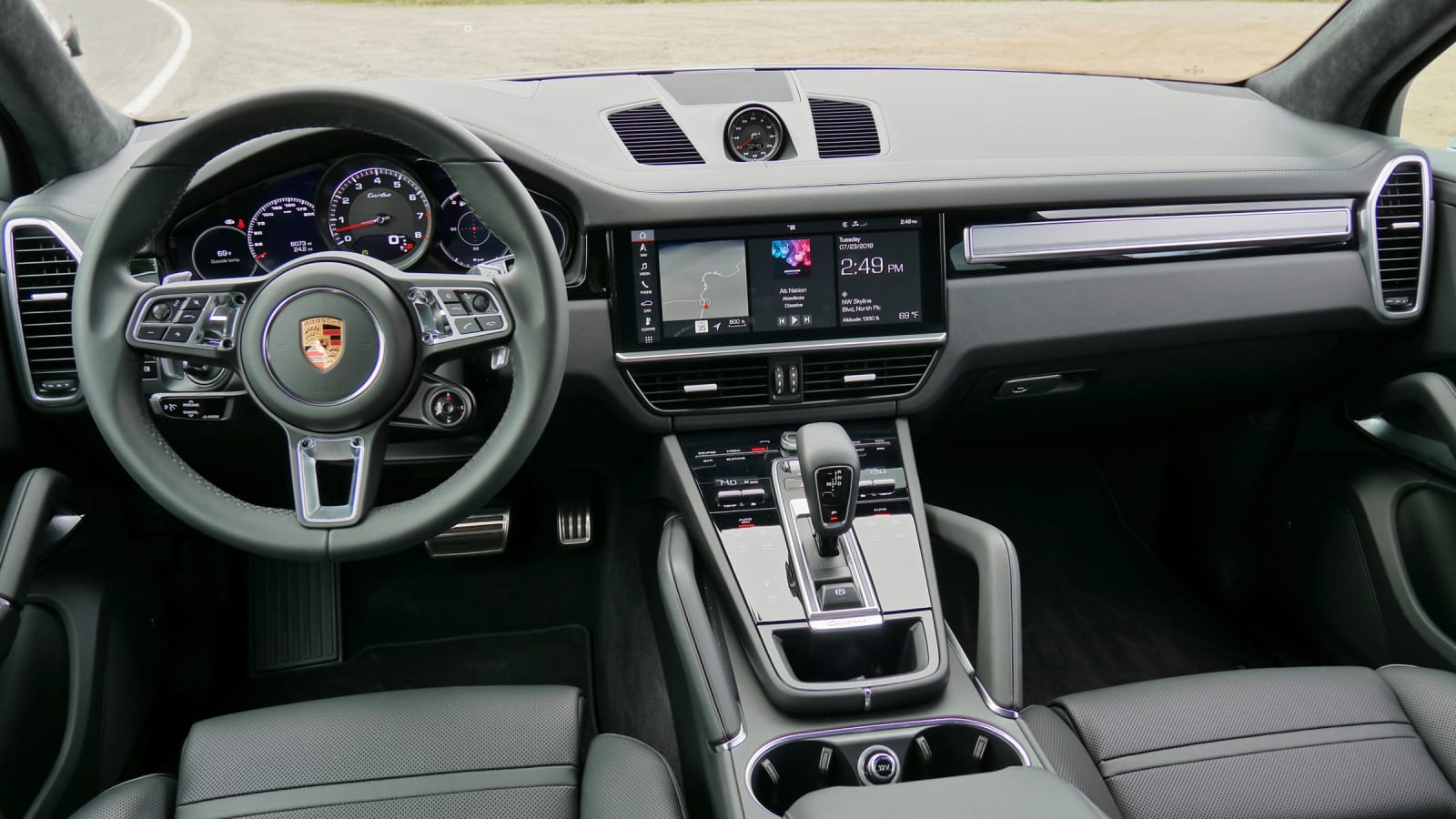 And really, that's fine. The Turbo is perfect for making perfectly mundane everyday scenarios more exciting while not negating livability. To that end, the ride is excellent despite those giant 21-inch wheels, a credit to that adaptive air suspension. The rear-wheel steering shrinks the turning circle and aids parking. That "just-right" throttle response is not a hair trigger prone to accidental neck-snapping applications. In total, you could drive your grandmother in the Cayenne Turbo and she'd have no idea she's in an insane performance machine.

Ultimately, it's this livability on a daily basis that will be more appreciated than those performance-enhancing extras. That includes the excellent touchscreen interface, extremely comfortable seats, and relatively spacious rear seat and cargo area shared with every non-Coupe Cayenne. Perhaps that makes spending so much on this Cayenne Turbo a bit silly. You could get the same handling-enhancing options on a Cayenne S, or alternatively, a Turbo, without them. Doing so would definitely save you money and no one is bound to know the difference any way. If that seems logical to you, this particular Cayenne is most definitely not your stein of Doppelbock. If you couldn't care less, though, that's a different story. When price and attention be damned, it's sensational. Just know that it's not actually the top dog any more – there's something more electrifying.