The tire size is visible, too 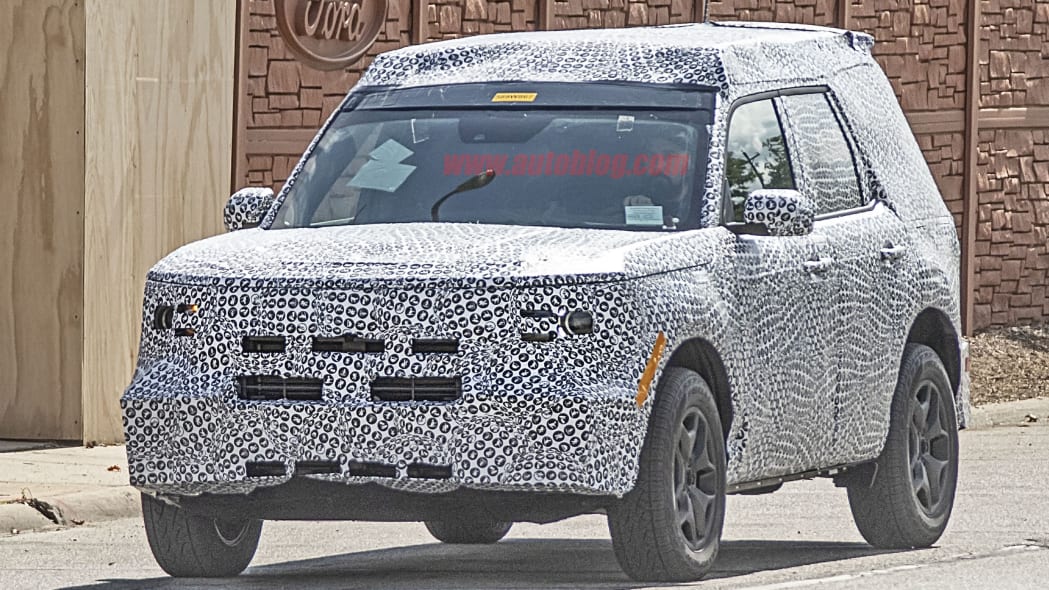 The upcoming Ford "Baby Bronco" has been spied once again. This time its on open, paved roads, which allowed one of our photographers to get some nice up-close shots of the crossover's suspension and tires.

Unlike its truck-based bigger brother, the Baby Bronco has fully-independent suspension front and rear. The positioning of the coil springs on the front shock leads us to believe it uses MacPherson struts. In the back, it looks like it uses a multi-link suspension, or possibly a double-wishbone setup. There isn't a spring around the rear shock, so it's likely placed somewhere between the control arms. As for the tires, they're 225/65R17 Pirelli Scorpion ATR tires, an all-terrain tire for light trucks and SUVs.

The Baby Bronco's tire size is similar to those utilized by Jeep. They're slightly wider and taller than the 215/65R17 tires on the Trailhawk versions of the Jeep Renegade and Compass. They're also about the same size as the tires on entry-level Jeep Cherokees. However, the Cherokee Trailhawk has larger tires at 245/65R17. All of these Jeeps also use fully independent suspension, with Renegade and Compass using strut-type suspension front and rear, and the Cherokee relying on front struts and a multi-link rear suspension.

We expect the Baby Bronco shares much of its chassis and mechanicals with the new Ford Escape. It will probably use at least the new Escape's 1.5-liter and 2.0-liter turbocharged engines. Considering the crossover's boxy shape and off-road focus, all-wheel-drive will certainly be available if not standard.