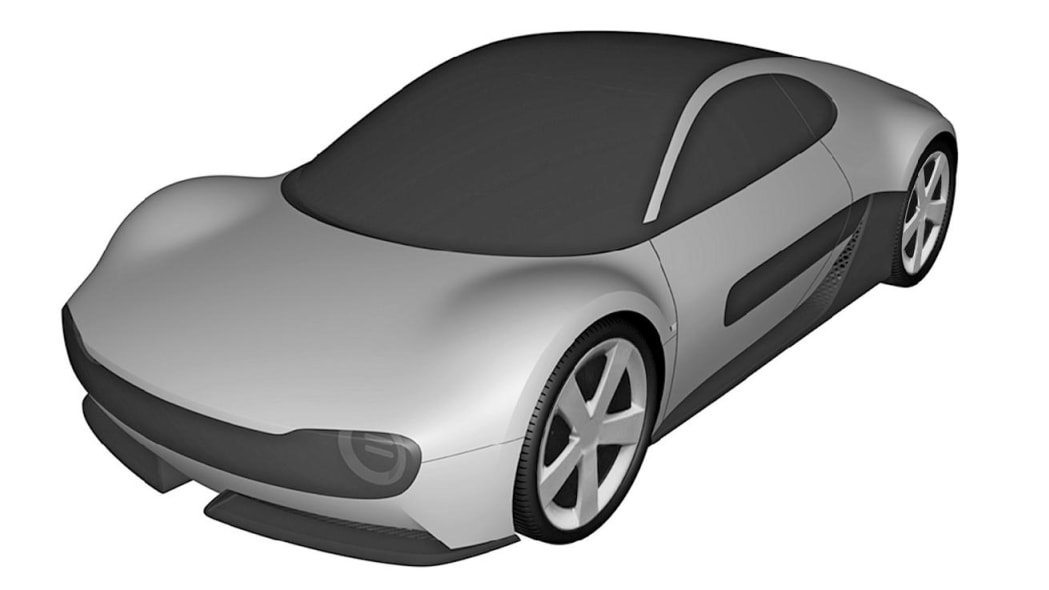 Honda showed the Urban EV concept at the 2017 Frankfurt Motor Show, then showed the Sports EV concept at that year's Tokyo Motor Show. Built on the same electric platform as the Urban EV, Honda designers showed how much classic sports car elan they could work into a diminutive package. The Urban EV has since become the production Honda E, due on sale later this year. Autoweek.nl recently dug up Japanese patent office images filed last December that show a potential production version of the Sports EV. The images show a redrawn coupe, the long hood and erect, aft-set glasshouse giving way to a more modish, elegant line. And we'd still rock it until its range ran out.

Styling similarities with the Honda E and the original concept remain, such as the round headlights, bulging front fenders that arch above the hood, wide rear haunches, and black decorative panels. Yet within the fastback profile, the corners are much squarer, the cabin's been moved forward, and the taillights are triangular. Along with a shorter hood, the effect is that of a pure mid-engined silhouette, complete with what look like functional vents ahead of the rear wheels. Assuming the dimensions aren't vastly different from those of the show car, we're talking about a product around the size of a Mazda MX-5 Miata. It's not the "backyard custom car feel" that designer Makoto Harada aimed for with the concept, but it puts a lot of pert confidence in a small footprint.

At that Tokyo show, Honda CEO Takahiro Hachigo said the chances of a production Sport EV concept "depend on feedback from Europe and Japan." Based on our own reading, the feedback's been outstanding, and we know Honda plans to expand use of the Honda E's platform into other vehicle classes, including a commercial vehicle.

Of course, patent drawings are nothing more than bookmarks notating a particular piece of intellectual property. However, if Honda put its 35.k-kWh battery and electric motor with 148 horsepower and 221 pound-feet of torque into the car in these images, we think we'd be looking at another electric hit.