See it in real-life conditions, out of the studio and onto the streets 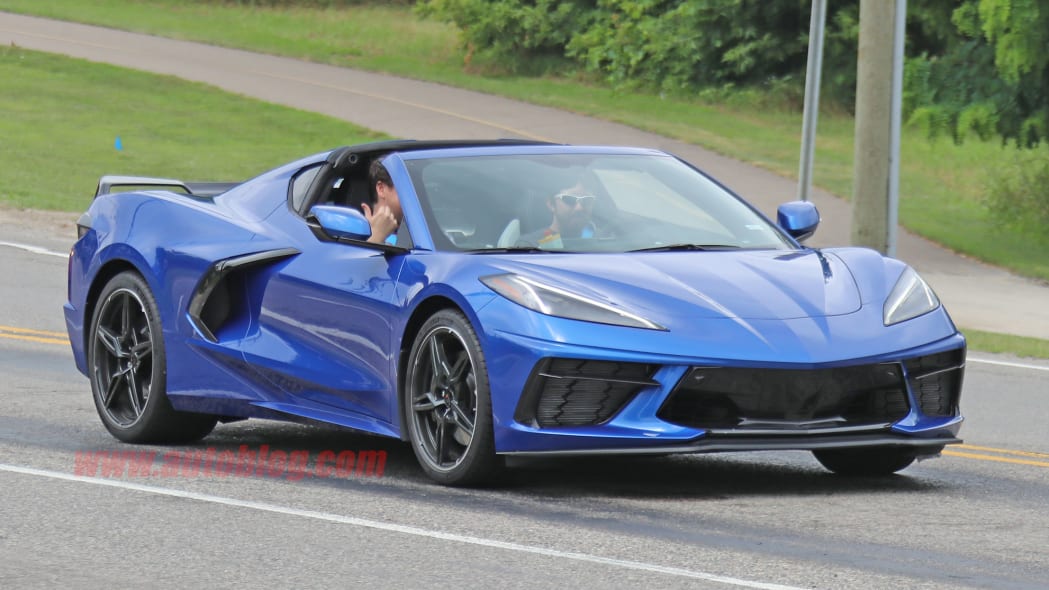 The 2020 Chevy Corvette Stingray C8 has finally been unveiled. But every image we've seen is of it under studio lights or heavily processed. Thanks to one of our spy photographers, we now get a look at how the mid-engine Corvette will look in normal light on public roads. We even get to see it in different configurations.

The standout of the two Corvettes in the above gallery is the metallic blue one. We're not positive if it's Elkhart Lake Blue Metallic or Rapid Blue, but if we had to choose, we'd say it's probably the latter as it's fairly bright. The bold color looks good on the wide and voluptuous body. This example also has the optional front lip spoiler and the larger rear wing. It also has two-tone gray and black seats.

The other Corvette is much more subtle. It's painted in Shadow Gray Metallic and is equipped with the standard silver wheels. It does still have the contrast-black air scoops, but they're difficult to notice. In fact, this color seems to hide a lot of the Corvette's curves and lines. The interior on this car does have the very bright blue leather option.

The 2020 Corvette Stingray begins production later this year in both coupe and convertible forms. Full pricing hasn't been announced yet, but the base price will be under $60,000. The new Corvette gets a naturally aspirated V8 making a standard 490 horsepower and 465 pound-feet of torque, or 495 horsepower and 470 pound-feet of torque with the Z51 package's sport exhaust. It's still rear-drive, but an eight-speed dual-clutch automatic transmission is the only choice.