Harley-Davidson LiveWire owners to get free charging with Electrify America

Up to 500 kWh of free fill-ups over two years 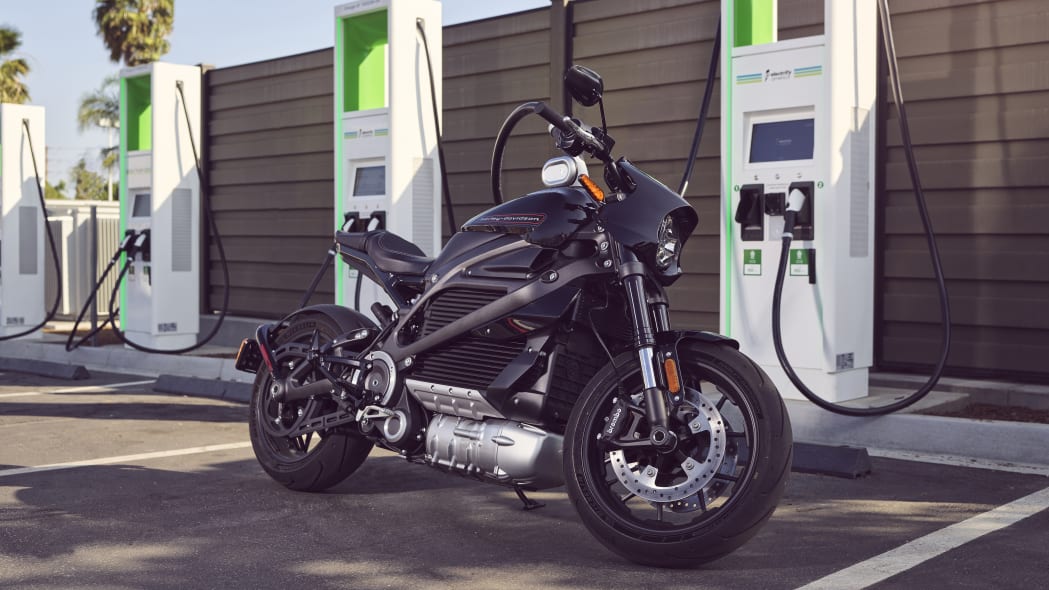 Electrify America is turning into the go-to source for automakers and business that want to provide incentives to electric vehicle buyers. The company, wholly owned by Volkswagen and created as part of the settlement for the diesel affair, has tied up with Audi for the E-Tron, Porsche for the Taycan, and Lucid Motors, as well as Walmart, Firefly Grille, Kroger grocery stores, and real estate companies. Harley-Davidson becomes the next to join the list. Customers who purchase the Milwaukee motorcycle maker's LiveWire electric bike between August 2019 and July 2021 will get 500 kWh of free charging over two years.

Doing the math, that means a little more than 30 fill-ups for the LiveWire's 15.5-kWh battery, or around 3,000 miles of total riding based on getting 95 miles out of a tank in combined riding. Stick to the cities, where the LiveWire will do 146 miles a pop, and owners can ride even further for free. We don't envision an owner needing two years to reach the 500-kWh cap, though; anyone paying $29,799 for an electric bike likely plans to get their money out of it.

Electrify America's investment schedule foresees building stations in 45 states and Washington, D.C. over the next 30 months, each location roughly 70 miles apart. The hard numbers are 800 stations fielding 3,500 chargers in 29 metro areas, with two cross-country routes by December 2021. Using a DC fast charger, the electric bike's battery can restore 80 percent of its charge in 40 minutes, a complete recharge happening in 60 minutes. The charging locations will be integrated into the Harley-Davidson app, but early LiveWire buyers should have a backup plan for charging since the infrastructure will grow with the ownership base.