John Beltz Snyder
Arnold Schwarzenegger is known for his action roles in such films as "Terminator," "Predator" and "True Lies." As governor of California, though, his focus shifted from theatrics to real-world issues, and he has championed environmental causes ever since. He's championed hydrogen, been unequivocally vocal about addressing climate change, and has even converted his beloved gas-guzzling SUVs to run on biofuels and electricity. Now, he's getting back in front of the camera and going undercover, not as a (kindergarten) cop, but as a sleazy car salesman in a tongue-in-cheek video persuading EV shoppers to stick with fossil fuels.

Wearing a ridiculous wig and fake mustache, Schwarzenegger assumes the identity of Howard Kleiner, approaching car shoppers in an attempt to steer them away from electric vehicles. The first couple he approaches apparently sees through the disguise, as the man bursts out laughing as Kleiner introduces himself. They play along, though, as the salesman tries to show off a noisy, smoky Hummer as an alternative to a BMW i3. Our favorite part comes later in the video, when the shopper shouts over the roaring engine, "No, no, no! I think this will piss off my neighbors," to which Kleiner responds, "You're god**** right it will impress your neighbors."

The other shoppers appear to fall for the ruse, offering reasons they would prefer an EV. They note tax credits, HOV lane access, quiet operation and saving money on fuel, to which Kleiner has a preposterous, even offensive, rebuttal for each. Interestingly, the environmental benefit isn't highlighted in the video until near the end, when Arnold mentions how "Electric cars save money, time and the environment without sacrificing any of the fun and excitement of driving."

The video was made in collaboration with Veloz, a nonprofit organization dedicated to advancing EVs, and at the end, it directs viewers to its Kicking Gas campaign at the Electric For All website.

The video is genuinely funny, and despite the serious topic, we hope Schwarzenegger's good/bad acting and impeccable comedic timing help the message reach more people. Now excuse us as we poke around EV configurators online while watching my VHS copy of "Junior." 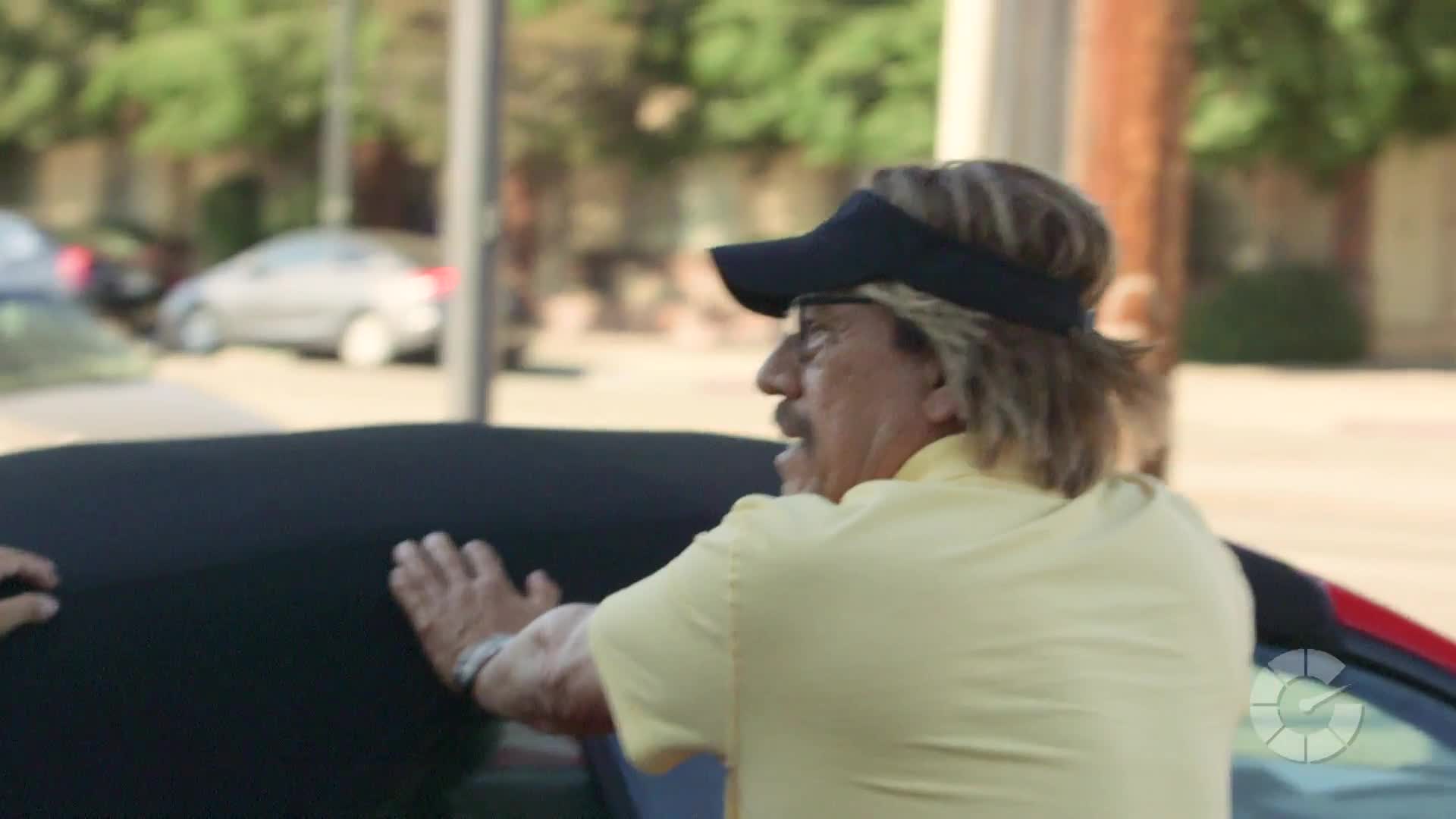 Compare the 2020 BMW i3 side-by-side against similar vehicles

We really want to use an eCrate to restomod an old GM car. Here's what we'd build

$2,080 - $3,019 Nat'l avg. savings off MSRP
See Local Pricing
I'm not in the market for a vehicle at this time. Please move this suggestion to the side for 30 days.
Huge Savings