A small round of changes are coming for the Titan Nissan is preparing a mid-cycle update for its Titan pickup truck, of which we caught our first glimpse of in the beginning of May. That truck had its grille and rear fully wrapped in camouflage, but this one rips much of that off. This truck appears to be the more capable XD version of the Titan, whereas the previous truck was just a normal Titan — the Cummins logo on the side is a dead giveaway if all the other " heavy duty" truck elements weren't enough already.

The grille looks like it actually loses some of its bite from before, which is opposite the trend of big-ole grilles on trucks nowadays. Instead of the strong, vertical bars on the previous truck, Nissan has made the whole thing into a cleaner horizontal bar and honeycomb design. Its shape has changed a bit, with the squared-off sides getting a slight kink toward the bottom.

Nissan has retained the same headlight design, and the uncovered taillights look just like the units on the current truck. There aren't many changes to the actual sheetmetal, unless Nissan is holding something back with its test vehicles. Our spy photographer caught the interior, and just like the previous set, it looks like Nissan is updating the infotainment system. We'd guess that's an 8-inch touchscreen with new software running on it in the center stack. One of the photos shows a steering wheel button to control the truck's adaptive cruise control, so we can expect a healthy dose of safety and driver assistance options, too.

Nothing we see in this mid-cycle seems likely to change the Titan's lowly position in the marketplace, especially with brand-new trucks like the Ram 1500 and Chevrolet Silverado having just come on the scene. Not only are those light-duty trucks new, but the new heavy duty versions of those pickups are out, too.

But maybe there's more here than meets the eye. We don't imagine the wait for a 2020 Titan reveal is long at this point, so we'll find out soon enough. 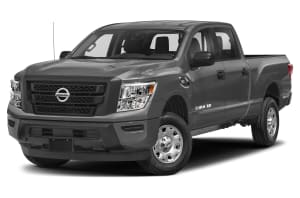 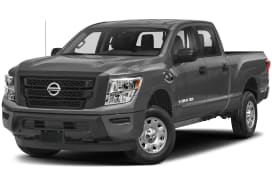 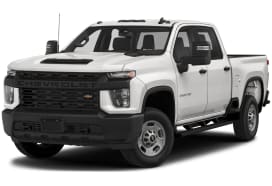 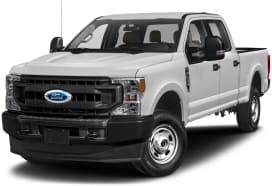