The legend meets the newcomer

Joel Stocksdale
We've been spending quite a bit of time comparing the 2020 Toyota Supra with various other sporty machinery, but perhaps the most important car to weigh it against is its direct ancestor, the 1993 Toyota Supra Turbo. Some of our editors have already weighed in on this topic, but we also wanted to look at just the raw numbers between the two, and they reveal some interesting facts.

First off, while the new Supra is more powerful, it's not ahead by much, with just 15 more ponies. But the extra 50 pound-feet of torque are probably noticeable on the butt dyno. The extra shove and twist, coupled with a quick-shifting eight-speed automatic and 18 fewer pounds of heft pay dividends in acceleration, as the new model hits 60 mph a half second quicker than the old model. Keep your foot in it and the old model will hit a higher top speed, but that's just because the new one's speed limiter is set lower. 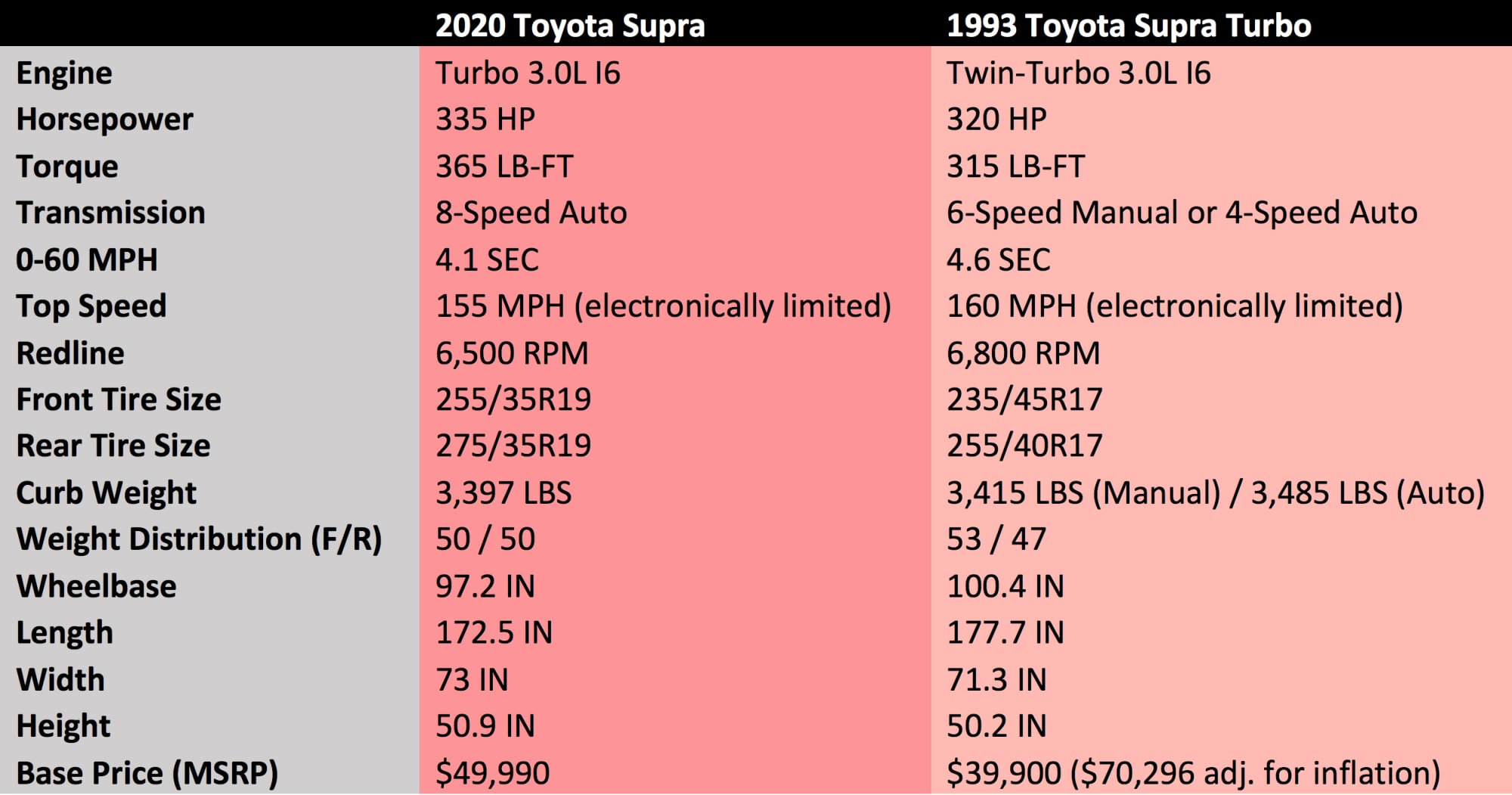 On a twisty track, the new Supra appears to have advantages, such as its lighter body with a perfectly split weight distribution. The old one is a tad nose heavy in comparison. The new one is also about 5 inches shorter overall with a roughly 3-inch shorter wheelbase, while also being slightly wider. This should make it pretty nimble when corners get tight. The new Supra has more tire to work with, too.

Perhaps the biggest surprise is that, taking into account inflation, the new Supra is about $20,000 cheaper than the fourth-generation car. That's just in comparison to a 1993 Supra, too, as they would get considerably more expensive in the following years. And considering the prices the old ones are commanding, the fifth-generation Supra is still the cheaper car.

There are certainly arguments that the 2020 Toyota Supra still isn't a proper successor, but that's for another time. This time, we're just looking at the numbers.

And now, you can look at pictures.