2020 Ford Explorer revealed: New SUV from the rear-drive platform up

It may look similar to the old Explorer, but it's radically different

The 2020 Ford Explorer is a massive deal. It was Ford's second-best-selling SUV last year, just behind the Escape, and the third-best-selling vehicle behind the Escape and F-150. Not only that, but Ford says it's the SUV that sells best among Millennials. With that in mind, it makes sense the new Explorer has a fairly conservative exterior (why mess with success?). It's an evolution of the current model, but with a more blunt nose, a shorter grille, a sleeker dropping roofline, and exaggerated shoulder and fender bulges.

However, the modest redesign hides the radically different underpinnings shared with the Lincoln Aviator, including the rear-wheel drive platform (the old Explorer was front-drive based). Powering those wheels will be one of several engines, starting with a 2.3-liter turbocharged inline-4 in XLT and Limited trims. It's similar to those found in the current Explorer, Mustang and Ranger, but it makes 300 horsepower and 310 pound-feet of torque. That's 20 more ponies than in the current Explorer.

The Premium trim ups the power dramatically with a twin-turbocharged 3.0-liter V6 making 365 hp and 380 lb-ft of torque, which is 35 hp and 20 lb-ft less than the Aviator's V6. Ford Explorer hybrid and ST models are also coming, but Ford hasn't released details on those engines. Both the four-cylinder and V6 send power through a 10-speed automatic transmission.

Regardless of your preferred powertrain, the 2020 Explorer ought to be quicker than its equivalent predecessor, since it weighs 200 pounds less. To do this, 25 percent of the chassis is made from high-strength steel, and aluminum parts fill in other areas such as the crash structure, bumper beams, strut towers and the hood. New Explorers can tow more than before, too. The V6 model adds 600 pounds of capacity for a total of 5,600, and the four-cylinder leaps from 3,000 pounds maximum to 5,300. This is more than most competitors, which tend to top out at around 5,000. 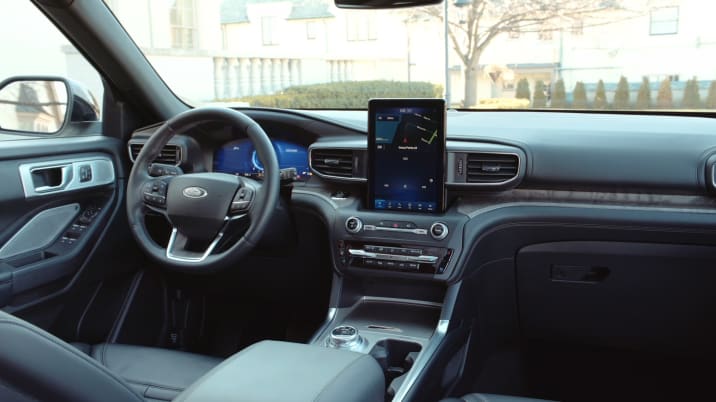 Almost as major as the mechanical changes to the 2020 Explorer are the interior upgrades. The dashboard is low and wide with an interesting stepped shape. The Explorer Platinum gets attractive natural-finish wood along the flat section of this step. Buttons and knobs for the climate control and sound system are clustered closer together in the center console. Sitting tablet-style atop the dashboard is the infotainment touchscreen, which is a standard 8 inches or an optional 10.1-inch vertically oriented upgrade (pictured). Screen enthusiasts can also get a 12.3-inch one for the instrument panel.

Ford says the new Explorer's interior is much more spacious, too. Exact numbers weren't provided, but the claim isn't unreasonable, since there are 6 more inches of wheelbase to provide more room. Talking with Ford representatives, credit partly goes to the rear-drive layout. That's contrary to conventional wisdom since rear drive means finding space for a driveshaft and axles, but Ford representatives explained that using a longitudinal engine and transmission freed up space for more steering angle. In turn, the Explorer's wheelbase could be lengthened to create more space while not sacrificing turning radius. Besides the layout, Ford credits better packaging of doors and consoles.

The Explorer will make its first public appearance at the Detroit Auto Show. Ford says it will go on sale this summer. Pricing isn't available yet, but should be released closer to the on-sale date along with details such as fuel economy. Stay tuned for that info, as well as the hybrid and ST reveals in the near future. 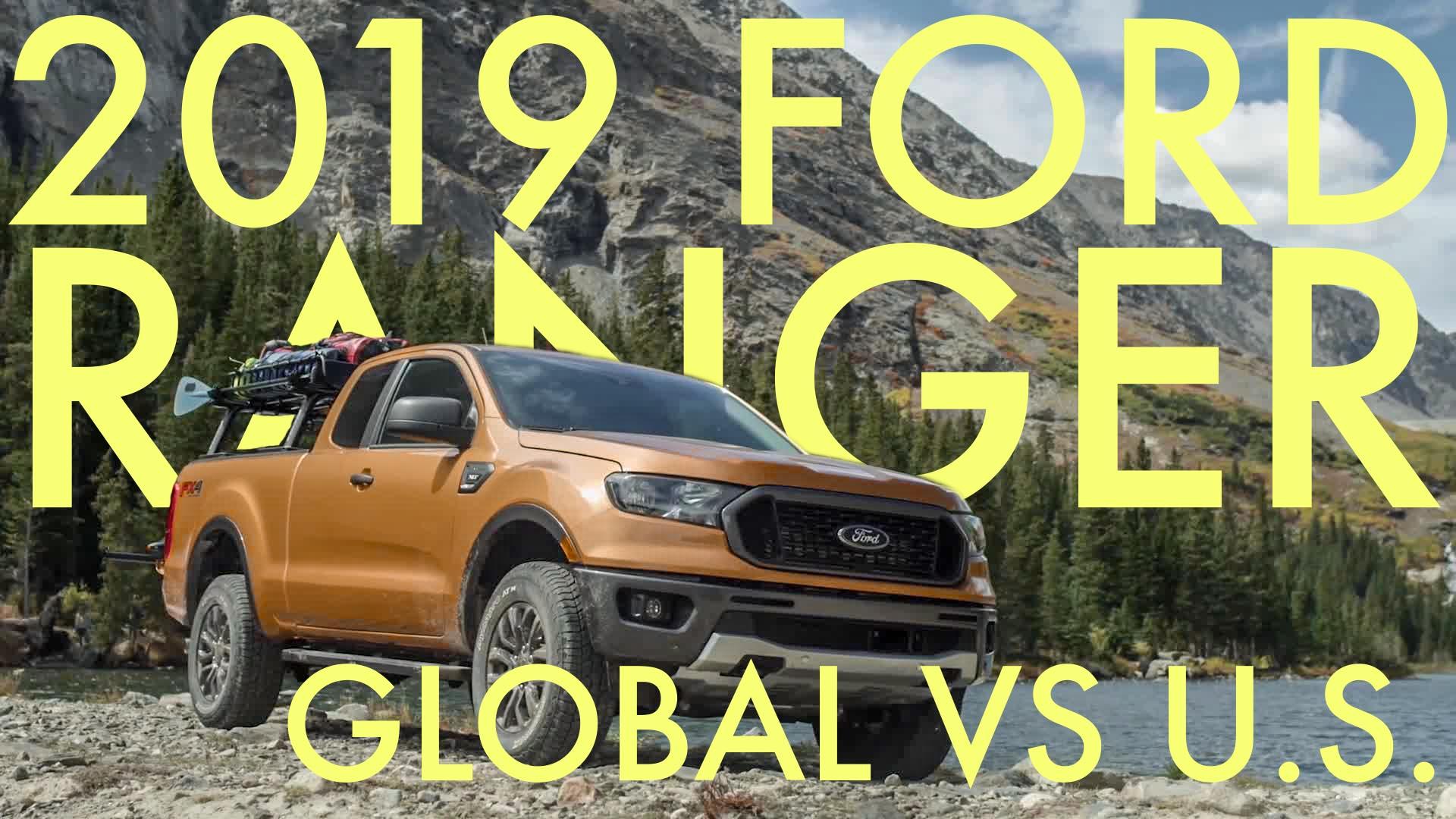