The Dodge Neon is alive!

It's sold in Mexico, built in Turkey and is based on the Fiat Tipo

Oddly, no one else on the Cancun resort shuttle seemed to notice. Or care. Ogling Mexican-market compact sedans is apparently something exclusive to automotive journalists on vacation. Yet there it was, fittingly on Dio de los Muertos, in all its resurrected glory. With a margarita in hand and an ocean in front of me, ignored, I turned my attention to my phone to get to the bottom of Neon version 3.0.

Introduced for 2016, today's Dodge Neon is based upon and built alongside the Fiat Tipo/Egea, a C segment compact sedan co-developed by Fiat and Turkish industrial outfit Koç Holding. More than 125,000 were sold last year in Europe, with another 47,000 in Turkey. It's also sold in the Middle East and Africa, with Mexico alone getting the Neon version.

Exterior styling is really the only difference, and then, only the crosshair grille manages to identify it as a Dodge. Then again, the same could be said for the not-so-dearly departed Dart, which belonged to the same segment. It was much bigger, though, with an extra 6 inches of overall length and 3 inches of wheelbase (which, as I just discovered, is "distancia entre ejes" en español). 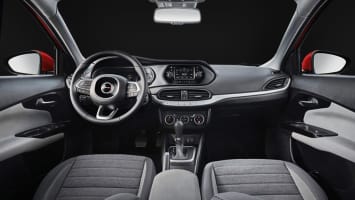 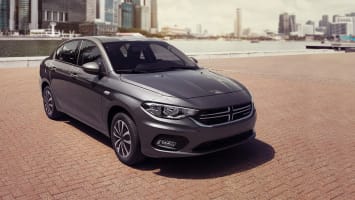 The Neon interior, not surprisingly, is pretty much the same as its Fiat siblings. The dash has two variations. A bigger, upgrade touchscreen resides in a dash-mounted, tablet-style infotainment pod, but the standard stereo head unit or 5-inch touchscreen upgrade fits into a binnacle shared with the instrument panel. It's a bit more like the Challenger, Charger, and yes, Dart in this regard, but in total, the Neon's cabin design is also less blocky and more organic in appearance. The switchgear is pure Fiat, but the steering wheel has the same control layout as Dodges, Jeeps and Chryslers.

Sadly, the Neon color selection is in no way neon, which probably doesn't matter since virtually every car on the Yucatan peninsula is painted white. You can get that on the Neon plus grey, darker drey and black, along with Azul Metalico and Rojo Metalico, which are so much more fun to say than "blue" and "red."

There was originally some rumblings that the Neon might make its way to the United States and Canada, but given the state of the SUV-hungry market and the Dart's less-than-stellar tenure, that seems rather unlikely. 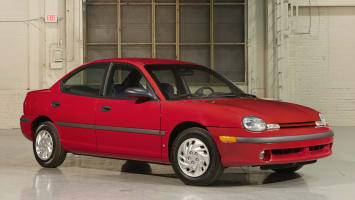 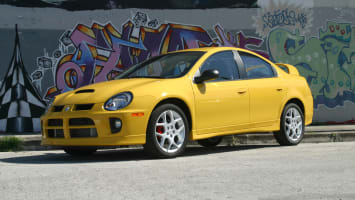 The Neon was first introduced for 1995, sold as both a Dodge or Plymouth, and available in sedan or coupe body styles. The first generation actually had more power than the 2018 Neon. The larger, more refined, less cutesy second-generation Neon was sold from 2000 to its demise in 2005. It could only be had as a sedan, and, after Plymouth bit the dust after 2001, only as a Dodge in the United States. It was also available as the 230-hp turbocharged Neon SRT-4, which was most frequently seen pulled over by the cops or face first in a ditch somewhere.

In addition to the Neon, there are other Mexican-market Dodges available for my Cancun shuttle-viewing pleasure. There's the Attitude, which is now a rebadged Mitsubishi Mirage Sedan after two generations of being a rebadged Hyundai Accent sedan. It's quite ugly, but it could be much worse. Feast your eyes on the Dodge Vision, which is completely hideous and based on the Fiat Grand Siena that definitely doesn't look too grand to me.