The TRD stamp of approval is on more Toyotas than ever

Add a Review
Any questions about Toyota's commitment to American product – and particularly, trucks – were answered in 2017 when the doors to a $ 1 billion facility opened in Plano, Texas – its second facility in the state after its truck plant in San Antonio. Toyota recently brought us to the Texas State Fair, and its truck-centric car show component, to see the campus and drive the TRD Pro lineup.

Before Toyota put down roots in Texas, there was Toyota Racing Development (TRD). But it has not always been TRD, and it hasn't always been an in-house specialty development outfit that focused on off-roading. Toyopet Seibi Co., Ltd. was established in 1954 as a used car refurbisher and shortly after created a motorsports division called the Toyota Sports Corner (TOSCO). It started out by building a Toyopet Crown Deluxe for an endurance rally, and then TOSCO tuned and crafted various types of racecars for the next two decades. It wasn't until 1976, however, that TOSCO was renamed TRD. TRD USA followed in 1979 as a secondary headquarters and new center of performance development for on-road production vehicles.

Today, TRD competes in a wide variety of motorsports, such as NASCAR, but most of its public visibility is through is special-edition trucks and SUVs, and accessories sold through Toyota dealerships. The limited-edition Toyota 86 TRD is one of the few reminders in showrooms that TRD came up tuning cars for racing. The now more prominent trucking heritage stems from the 1990s, when Toyota dominated off-road racing at numerous levels. Remember Ironman Stewart? His Baja exploits in Toyota trucks are legendary. 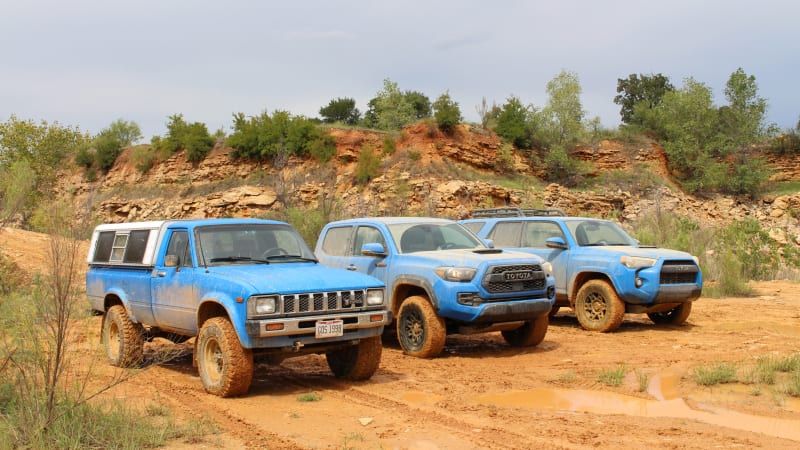 "We had a long history of selling TRD components in the U.S. and racing our products via the TRD racing group," said Terry Sell, Toyota's national marketing manager for trucks and SUVs. "Given we have a great history of desert racing, it made sense to capitalize on this image and maximize product capability."

This success spawned the first optional TRD off-road package on the Tacoma 4x4 in 1997, followed by the introduction of the 2WD Tacoma PreRunner Xtracab. In 2009, TRD further expanded into the adventure market with its first off-road-themed package on the Tundra. Twenty years later, those two trucks remain two of TRD's core pillars.

The timing is good, since the truck business is booming, especially for specialty products like Ford's F-150 Raptor, which has also inspired Ram to build a competitor that will launch in the near future. Midsize trucks are also on the rise, with a new Ford Ranger arriving soon, Honda re-launching the Ridgeline, and GM finding success with its GMC Canyon and the Chevrolet Colorado. The Tacoma didn't have much competition for years, but that has changed. So have customer preferences for very niche offerings, which explains the complicated array of TRD trims. 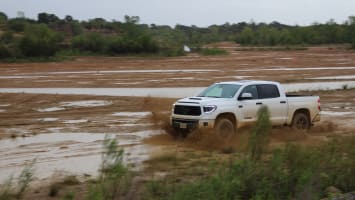 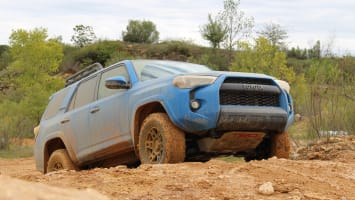 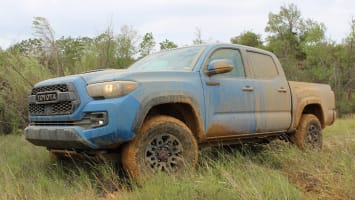 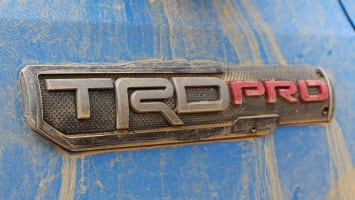 Currently, three levels of TRD exist within Toyota's truck and SUV kingdom: TRD Sport, TRD Off-Road, and TRD Pro. TRD Sport, available on Sequoia and Tacoma, caters to the on-road lifestyle, while TRD Off-Road (available on 4Runner and Tacoma) is for the mild outdoors crowd. TRD Pro (available on 4Runner, Tacoma, and Tundra) is the ultimate off-pavement halo tier. Despite its reputation as an overlanding king, the Land Cruiser has no available TRD package or branding.

Although the TRD Off-Road vehicles continue to use Bilstein shocks, the highlight of the top-dog TRDs is the use of Fox shocks (Tacoma first used them in 2017, with the 4Runner and Tundra following for 2019). The 2.5-inch internal bypass shocks on all three vehicles utilize 46-mm pistons and rear piggyback reservoirs (2.0-inch on the 4Runner and Tacoma, 2.5-inch on the Tundra) for better damping and improved wheel travel, but each setup is slightly different. All have multiple compression and rebound bypass zones.

The Tundra TRD Pro is technically new for 2019, as Toyota did not offer a TRD Pro trim on the Tundra for 2018, but the 2019 model's updates are minor with the exception of the shocks. Toyota gave the Tundra new 18-inch forged BBS wheels that reduce unsprung mass by more than 13 pounds and wrapped them with Michelin P275/65R18 all-terrain tires. The Tundra now sports full LED front lighting, with black-accented headlights and Rigid Industries fog lights. 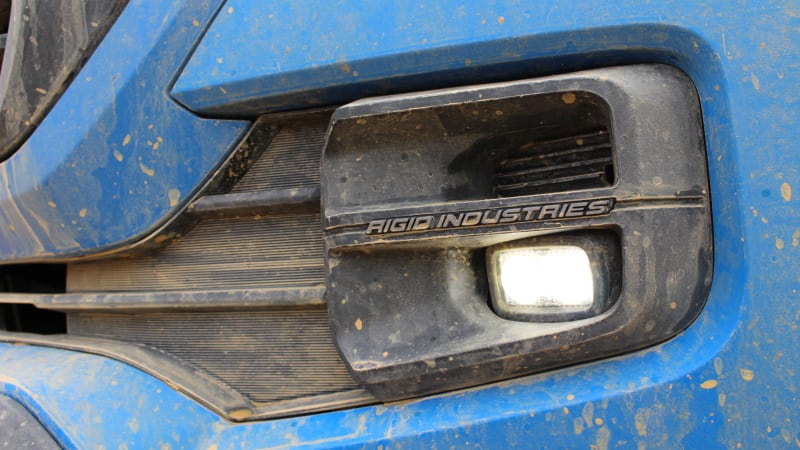 Other than the shocks and springs with updated tuning, the 4Runner is basically the same. It has a new roof rack for 2019, as well as slight changes in aesthetics and interior convenience technologies. The Tacoma has even fewer new features for 2019, with the availability of a dust intrusion snorkel (nope, not for water) billed as a hot new item. All 2019 TRD Pro models also feature new hood scoops that are strictly included for aesthetic contrast rather than function.

During our time in Texas, our playground was an old limestone quarry that has been converted into a massive off-roading paradise. Unfortunately, downpours flooded much of the courses and restricted access. That left us with two main options: a wide-open dirt field for faster speeds, and a short technical course that featured rocky ups and downs, murky puddles, and muddy trails. Toyota says approximately 80 percent of its TRD Pro customers are using the vehicles for off-roading. That percentage goes down for the Sport and Off-Road trims, but that's the point of the expanded lineup. 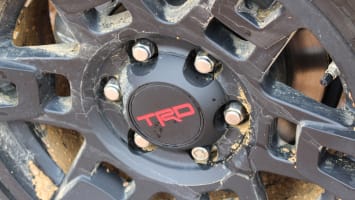 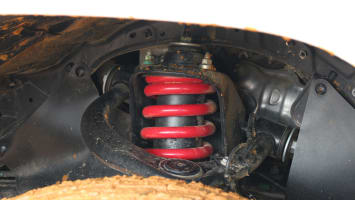 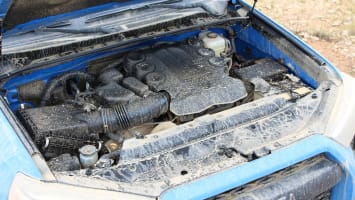 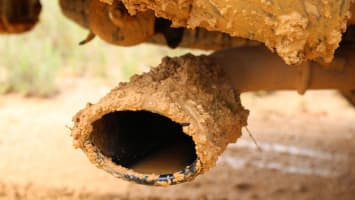 The dive into the short course and incline out presented a perfect opportunity to test the trucks' crawl control system – not a new feature for 2019, but a central component of the Tacoma and 4Runner's off-road capabilities. Although creaky and loud in action, it works extremely well as an off-road cruise control by modulating throttle and braking while traversing difficult terrain at low speeds. All that is left to the driver is steering.

Of the three vehicles, the Tacoma and 4Runner stood out as the clear favorites. The Tundra's size simply limits where it can go, and makes it a less versatile vehicle. It also lacks the tires and terrain technologies available in the other two, though it felt unbothered running through a slushy small-rock-scattered field with impressively little bounce. While it's the least versatile, the Tundra is the most comfortable and premium of the three.

The Tacoma and 4Runner are all-out off-roaders. As mentioned in our previous drive of the Tacoma, the midsize truck strikes an excellent balance in ride quality – well-controlled without being too stiff, and comfortable without too much body roll. 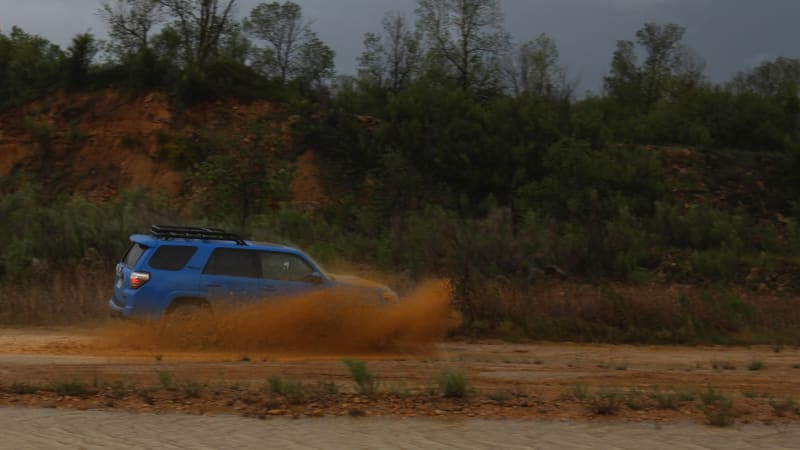 The 4Runner felt equally solid. Like the Tacoma, the new Fox shocks give it a surprisingly relaxed demeanor – neither wafty nor harsh. Toyota wouldn't build a press drive that would stump its vehicles, but the 4Runner made the fairly diverse trail course look like light work. With beefy Nitto Terra Grappler P265/70R17 A/T tires, traction was never an issue. Modulation over rocks and uneven ruts was smooth and controlled. Even at higher speeds, neither the 4Runner nor the Tacoma felt choppy or shaky. To our dismay, we did not have a single minute of on-road driving with these vehicles, but we don't expect many surprises.

In 2017, more than 40 percent of 4Runners and Tundras were equipped with a TRD package, while more than 56 percent of Tacomas had TRD bits. But limiting the number of high-end TRD models helps with their appeal. 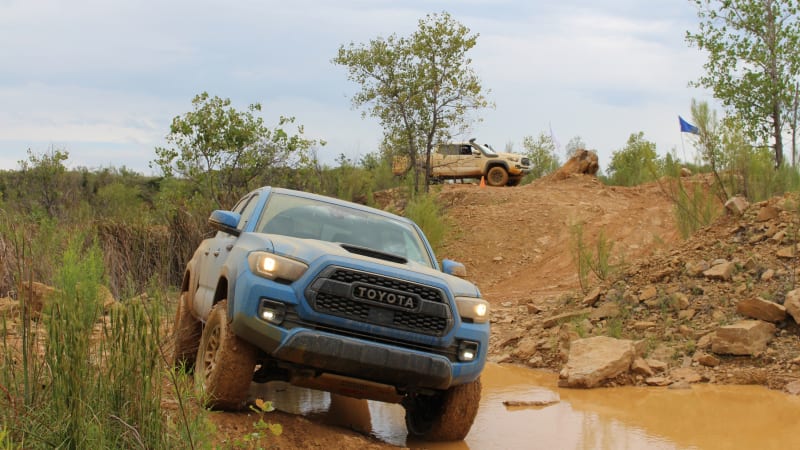 "We don't want to have so many TRD Pros around, so we keep the volume down to be something that is special to the market," Wilson said. The pricing should help keep those numbers low, as the Tacoma TRD Pro starts at $46,410. The 4Runner Pro is $47,460, and the Tundra Pro starts at $51,040.

Toyota isn't the only company playing this semi-aftermarket game. While Toyota and TRD have improved their offerings with new variations and equipment, the competition is growing in the segment. Yet, Toyota is a brand that inspires buyer loyalty, and they've been doing this a long, long time. Don't bet against them. 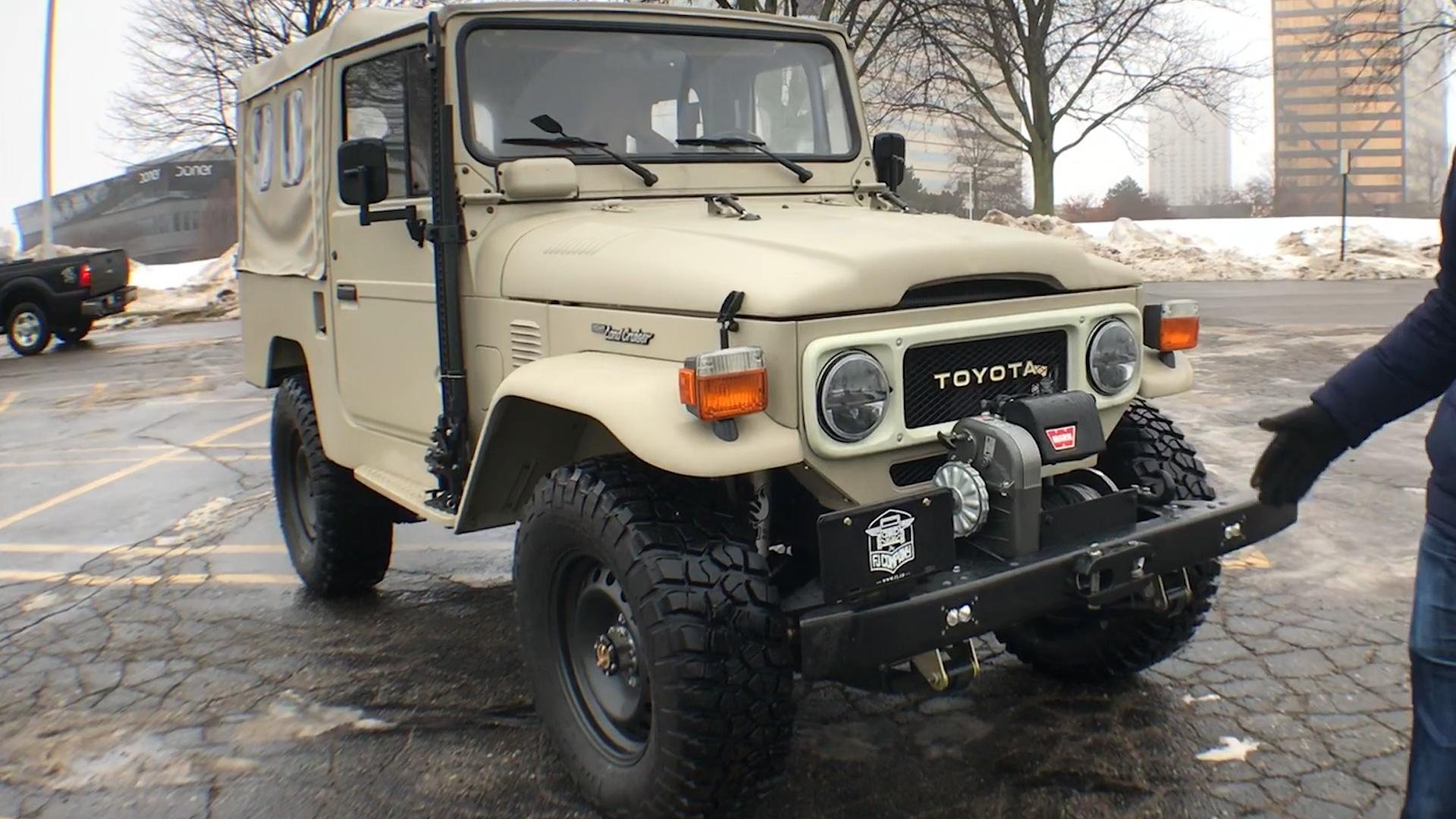 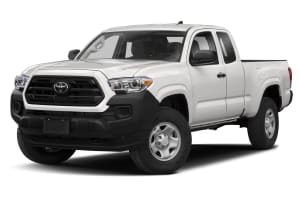