A supercar that begs to be driven every day

It's been seven years since McLaren launched the MP4-12C (later simplified to just 12C), the vehicle that kicked off the British brand's three-tiered assault on the supercar market. The Sports Series is currently made up of the 540, 570, and 600 lineups. The 720S is the only member of the Super Series, one rung higher up the ladder from Sport and one below the Ultimate level of the McLaren Senna.

The McLaren 720S is powered by a twin-turbocharged 4.0-liter V8 engine that spins out 710 horsepower and 568 pound-feet of torque through a seven-speed dual-clutch transmission. That's sufficient to push the sinewy supercar from 0-60 in 2.8 seconds and on to a top speed of 212 miles per hour.

We tested two different 720S models. The silver car pictured here boasts a number of options, including a Luxury package that adds exterior trim in Dark Palladium, engine bay ambient lighting, and premium leather for the heated and power-operated seats. Our test car was also fitted with a front splitter, air intakes, and door mirrors in carbon fiber, and a sports exhaust system. Total price came to $342,135. 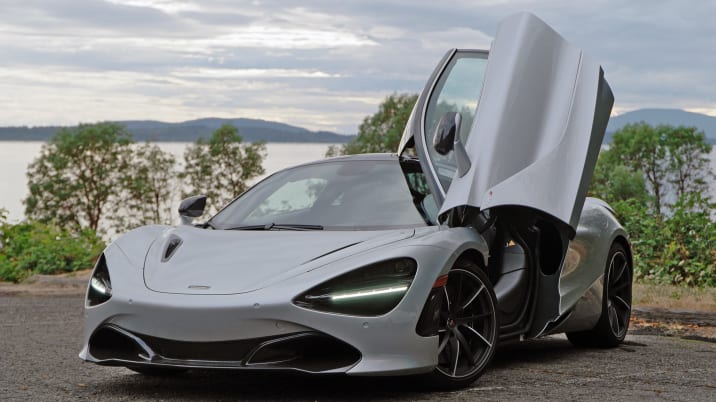 Consumer Editor Jeremy Korzeniewski: The McLaren 720S is one of the most impressive vehicles available to buy today. It looks incredible, with swoopy good looks that capitalize on air intakes that cut deep into the car's bodywork to create negative space and add drama to the supercar's design. And it drives even better.

My test car was a shade of silver that I don't really think does the car any favors, and doesn't stand out like the purple-hued 720S my colleagues in Michigan drove. Still, as I shrieked down highways and byways in and around Seattle, the McLaren had no problem attracting admiring stares and inciting impromptu rolling drag race offers. These, naturally, I declined. I already knew I had the fastest car on the block.

The 720S is powered by a twin-turbocharged 4.0-liter V8 engine that feels like a major advancement from the company's older 3.8-liter unit. It revs like an F1 car, plowing through first and second gears so fast that its driver is squarely into suspended-license speeds in the blink of an eye. But despite its headline-grabbing spec sheet, the 720S can actually be quite docile out on the road.

Comfort mode softens the 720S nicely for bumpy, potholed roads. Sport mode stiffens everything up perfectly, and Track mode loosens up the electronic nannies so far that I wouldn't use it on the street. It is Track mode, after all. Another impressive parlor trick: A push of a different dash-mounted button pops the rear spoiler up high on its hydraulic stanchions. A slam of the brakes moves that spoiler vertical and turns it into an air brake.

Shenanigans like that are meant for the race track, and really, that's got to be the best place to experience the McLaren 720S. But even on the street, the level of accessible performance is amazing considering how easy it is to live with the the car on a daily basis. The McLaren 720S proves that even the fastest cars in the world can still be easy to drive. 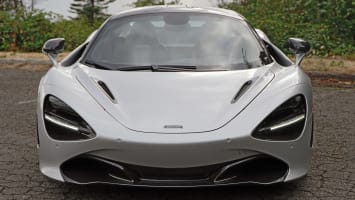 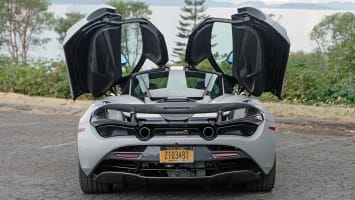 Associate Editor Reese Counts: I wasn't bowled over by the 570GT we had a few weeks ago. Sure, it was fast, but it lacked flair. It was just too buttoned up for my taste. Despite the positive things I'd heard, I was afraid things were going to be much the same way in the 720S. Maybe it's the flashy design or the extra power or the purple on purple color scheme on our tester here in Detroit, but I was smitten with Woking's mid-engine monster.

Everything felt a little sharper than it did in both the 570S and GTs I've driven. At the same time, there was an bit more excitement to the driving experience. The updated 4.0-liter V8 sounds better than the 570's 3.8-liter unit. It made me want to keep dipping into the throttle. There's an underpass near my house where I can get the exhaust to crackle off the walls for about 1,000 feet. I must have gone back and forth five or six times, slowing down just so I could goose it. It was giggle inducing, though my wife continued to roll her eyes.

I dig the looks, too. Just look at the headlights. It's purposeful without being overwrought and doesn't look like anything else on the road. I'm a little less sold on the interior, but it's still a comfortable place to be. Like other McLarens, the 720S' ride manages to balance comfort and performance better than nearly any other performance car around.

I'm still not sure I love the McLaren more than the Ferrari 488 Spider I reviewed last year, but it's certainly heading in the right direction. 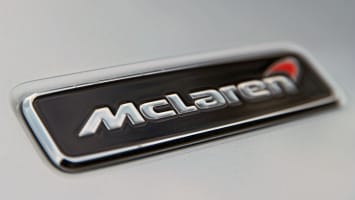 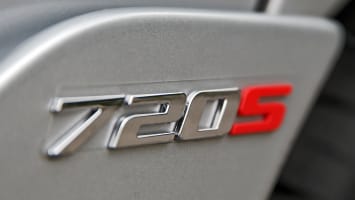 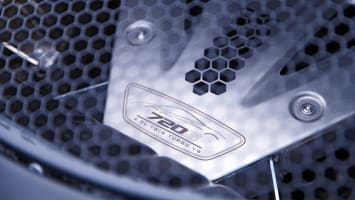 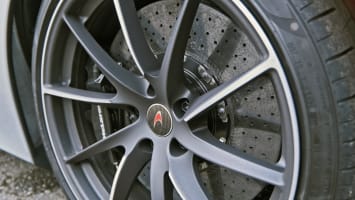 Associate Editor Joel Stocksdale: There's a lot about the McLaren 720S that makes it a fun car to drive. The steering is damn near perfectly weighted and is full of feedback. The engine rockets the little thing away from every stoplight, the transmission is impeccably smooth and fast. I could go on. But I'd rather spend a little time talking about the other thing that makes it great: It feels like piloting a spaceship.

You get a sense of that walking up to the car. The entire car is smooth and undulating. There are hardly any extrusions poking out from the organic lines. It looks far more advanced than anything else on the road. Then the butterfly door opens to welcome you, and the interior hammers home the futuristic feeling. All around you is glass; in front, behind, to the side, in the corners, even above your head. It's almost like a bubble, something people of the 1950s would have expected of their future flying cars. Then you look at the dashboard and the seats. It's all still curves and flowing features. You wouldn't be blamed for thinking the car was some strange combination of the biological and the mechanical. And in the case of the purple example we had in Michigan, it's as close to a Covenant spacecraft from the Halo video game series as you're going to get.

Like any proper spaceship, it also attracts oodles of attention when driven among the common cars. Everywhere I went, people were gawking, and cell phones would whip out for photos. In fact, along Woodward, a lady in some nondescript crossover I can't remember nearly hit the car in front of her as she tried to get a photo. That snafu aside, it's a great feeling that just seeing this car brightens other people's days.

This really is what makes the McLaren special beyond just its impressive performance. It's got the look and feel of something futuristic and jawdropping. It makes even just normal cruising an event for you and the people around you.