Someone’s been too busy playing with flamethrowers

Tesla's troubles with media reports on working conditions and union organizing took a hard right turn on Monday. In response to Reveal's report on Tesla's workplace safety, the auto manufacturer accused the Pulitzer-finalist of being "an extremist organization working directly with union supporters to create a calculated disinformation campaign against Tesla."

When reached for response to Tesla's accusation, Editor in Chief of Reveal (from The Center for Investigative Reporting) Amy Pyle told Engadget via email, "It hardly seems that a documents-and-shoe-leather investigation of workplace safety could accurately be portrayed as fanatical."

Tesla's accusation came via a blog post the same day Reveal published its investigation. Tesla says its factory is safer now, but it left injuries off the books. Despite being called an "extremist organization," the nonprofit, nonpartisan organization said it stands by its work in the report as "accurate and fair." Ms. Pyle added, "in terms of how I feel, I know we're on solid ground, so it pretty much rolls off our back."

Among other issues, Reveal's piece said dangerous areas aren't properly marked around Tesla's plants because "Elon [Musk] hates the color yellow." Tesla's reactionary blog post took particular umbrage to this allegation, writing "This is truly ridiculous. Anyone who's been in the factory can see that the color yellow is everywhere."

To prove this point, Tesla's blog post linked to a seemingly random photo of a single yellow pole.

It's an odd detail in a story that just gets weirder — and more high-stakes — by the day.

Jalopnik observed the exchange and wrote "Tesla's War With The Media Is Just Unhinged At This Point." Slate said Tesla's tone "now borders on hysterical." While Fast Company said the company's extreme reaction makes it look like it's hiding something.

All three outlets noted that Tesla's reaction — shouting "fake news" and alleging a conspiracy — seems straight from the Donald Trump playbook. Requests for comment to Tesla were not answered before publication.

Reveal's Editor in Chief did say that in this context, Tesla's reaction gives her pause. "This is classic blaming the messenger for sure," Ms. Pyle said. She added:

But we are seeing this kind of rhetoric more and more across the news landscape, where those who disagree with a story label it "fake news," lumping it in with the actual epidemic of faked news out there. That seems like a calculated and somewhat cynical move, especially on the part of major corporations. If you label us as extreme, then we – and the problems we've uncovered – are easy to dismiss.

Tesla's war on journalism is at odds with the media's love affair with the company's boyish billionaire founder and CEO Elon Musk. On one hand, he's entertaining the world by launching his sports car into space, making flamethrowers for the masses, perfecting groundwork for space exploration, and digging tunnels to ease his commute. On the other, he's gone toe-to-toe with reporters over his belief that the United Auto Workers are engaged in a deep conspiracy to make his company look bad in order to unionize his employees — dismissing claims about workplace safety issues and injury reporting in the process. 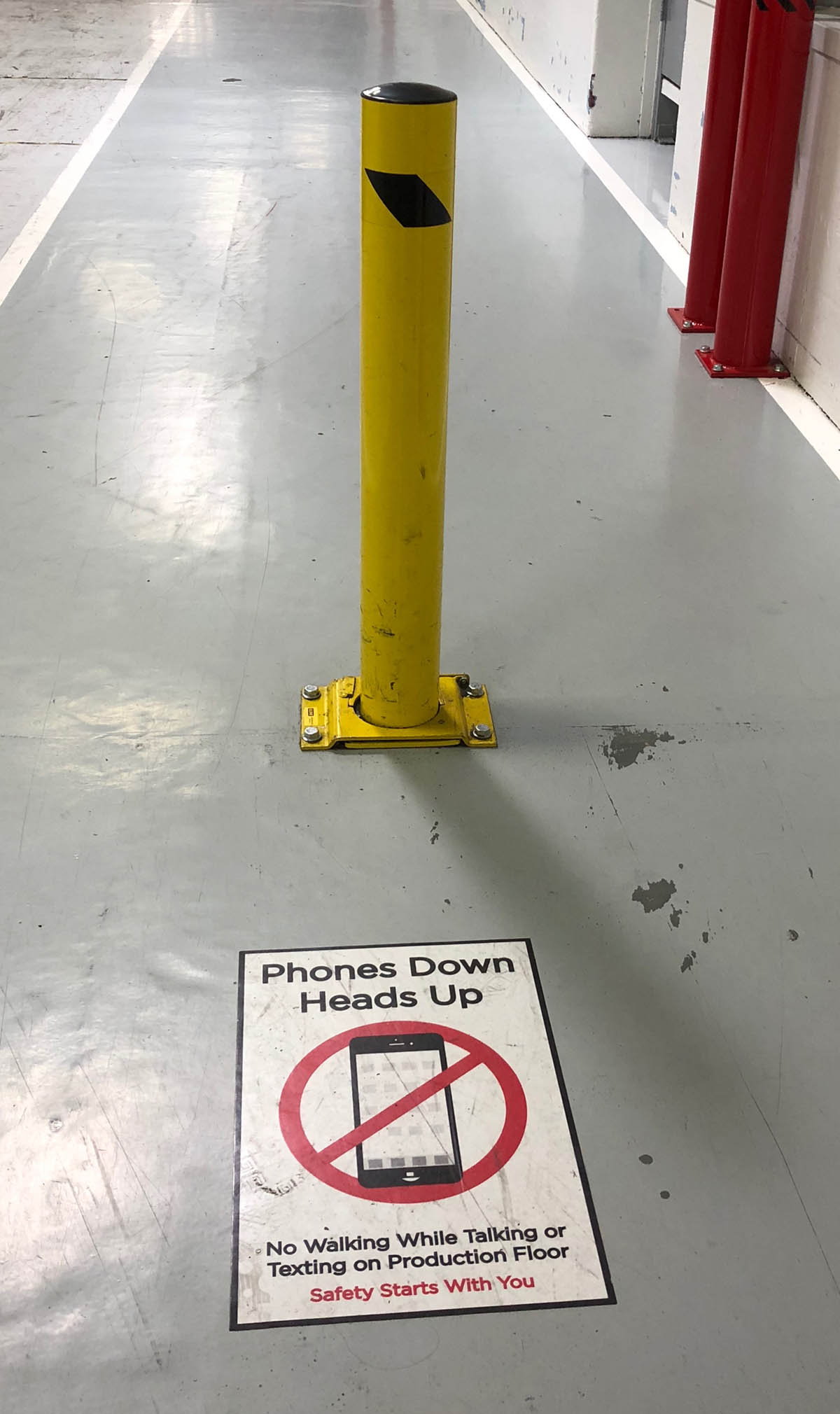 Musk, and his car company's management, have such a deep — and now well-established — repulsion to the idea of Tesla's employees unionizing that it's hard not to be reminded of what happened the last time a billionaire was faced with employees that wanted to create an organized workers' association to protect and advocate their rights, safety, and interests.

Namely, Joe Ricketts, who destroyed the national newsrooms of local-reporting blogs in the Gothamist network out of spite after the votes to unionize.

Ricketts is notoriously right-wing and anti-union; Musk is making his feelings clearer about unions by the day: The comparisons to Trump's tactics are cast in a darker hue under this auspice. Calling Reveal News an "extremist organization" on the take from United Automobile Workers is only the volume going to eleven after over a year of Tesla's battles against those who would unionize on Musk's assembly floor.

The public part of this spat began in February 2017 when Tesla employee Jose Moran published a Medium post detailing harsh working conditions. "Many of us have been talking about unionizing," he wrote, "and have reached out to the United Auto Workers for support ... Recently, every worker was required to sign a confidentiality policy that threatens consequences if we exercise our right to speak out about wages and working conditions."

When the Medium post hit the news, Elon Musk personally refuted all of Moran's claims to Gizmodo via Twitter DM. He went further, saying that Moran was a paid UAW plant. "Our understanding is that this guy was paid by the UAW to join Tesla and agitate for a union. He doesn't really work for us, he works for the UAW," Musk told Gizmodo.

The most recent unfair labor practice complaint, filed with the NLRB in February, claims Tesla disciplined or terminated employees for participating in union activities in the past six months, according to documents obtained by Automotive News via public records request.

Well, one thing is about to change the conversations regardless of any war-of-words skirmishes between Tesla and union organizers: On Wednesday the California Occupational Safety and Health Administration (Cal/OSHA) officially initiated an open inspection on Tesla for occupational safety. Cal/OSHA didn't disclose further details, but my guess is that it probably boils down at least in part to the color yellow. 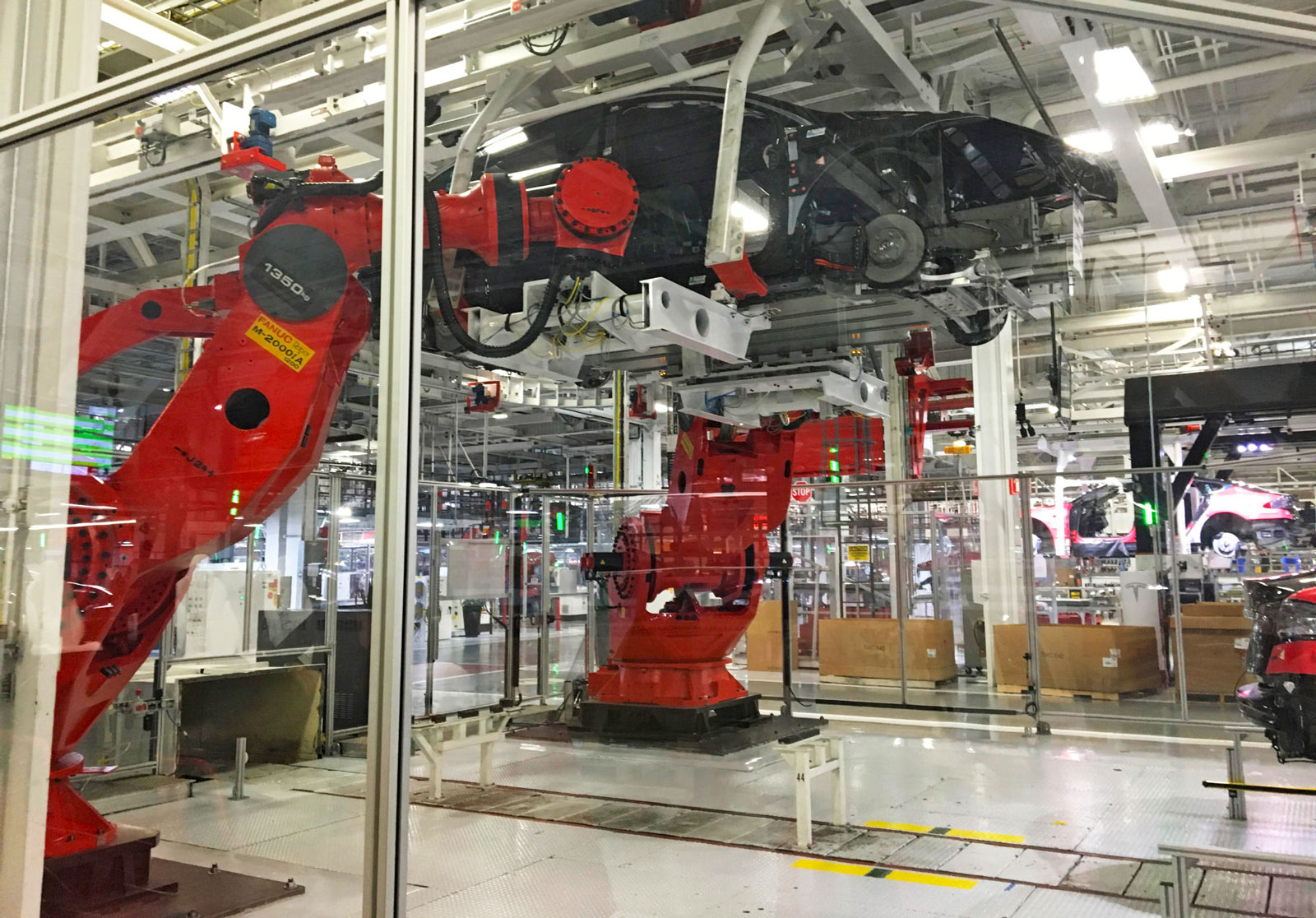 It's a peculiar detail in an already freaky story. On a cursory look across his products and branding, I'd believe that Mr. Musk sincerely hates the color yellow. And the thing about the color yellow, is that it's a universal safety color for many very good reasons, like the way our eyes react to it — we literally see it better and at distances more than other colors because of the way the human eye works. Importantly, it is also the only color that most color-blind people can actually see.

A quick comparison between photos of Tesla's factory floor and other American auto manufacturers reveals — pun intended — a big difference in the use of those ubiquitous yellow safety markings.

In the end, it's hard not to think of this as another episode of billionaires gone wild; yet another example of the ultra-rich malfunctioning when rubbing shoulders with the people they share the planet with. It's too bad. I mean, imagine having it all, and instead of becoming who you want to be, you become a critique of who you wanted to be.

Reporting by Violet Blue for Engadget.