We hope it drives just as well

Joel Stocksdale
NEW YORK — Quick, what was Toyota's best-selling vehicle in America last year? If you said Camry or Corolla, you were close, but in fact it was the RAV4. It sold over 400,000 units last year, topping the next best-selling Camry by about 20,000 cars. And this was despite the fact that the current RAV4 is roughly 5 years old, and the Camry was completely redesigned, and improved, last year. That makes the RAV4 monumentally important to the Japanese carmaker. Thankfully, though, instead of playing it safe and keeping the conservative-looking crossover inoffensive, Toyota has injected life into the little SUV with some really rugged styling.

The new RAV4 looks very much like the FT-AC concept shown at this past L.A. Auto Show. In fact, comparing the two back to back, it looks like the FT-AC was in fact a RAV4 with slightly more aggressive cladding added to hide the fact it was a real SUV. No matter the trim level, every RAV4 gets chunky plastic cladding and fender flares. The wheel arches are trapezoidal, and angular creases abound, emphasizing the fact that this cute ute doesn't want to be called "cute." The Adventure model has a grille that looks much like that found on the Toyota Tacoma, big roof rails and large off-road-inspired fog lights. The other models have lower, meaner looking grilles that seem to emphasize more of a road-going theme. The XSE Hybrid gets unique gloss metallic black cladding and roof, and the Limited gets chrome accents. Two-tone color schemes are available on almost all varieties of RAV4. All RAV4s also sit higher, approximately half an inch higher than their respective predecessors. 
Things are a little more toned down inside. It has your typical tablet-style touchscreen infotainment system, but with loads of redundant buttons. The screen can be either 7 or 8 inches and features EnTune 3.0, which supports Apple CarPlay. There are many little cubbies to store bits and baubles. The Adventure model gets the most interesting design touches in the form of orange accents and stitching found throughout the cabin, as well as nifty triangular embossed patterns in the leatherette upholstery. Among some of the other goodies available on various RAV4 trims are a rear-view mirror with rear camera display, an 11-speaker, 800-watt JBL sound system, panoramic sunroof, power seats and seat heaters and ventilation.

The RAV4's redesign is far from skin-deep. It features a version of the TNGA platform that's underpinning every new Toyota nowadays. Toyota claims the new chassis has improved the RAV4's rigidity by 57 percent. The wheelbase has increased a bit, and so has width, but overall the new RAV4 is ever so slightly shorter in length than the old model.

Two engines will be available in the new Toyota, and they're both 2.5-liter versions of the ultra-efficient Dynamic Force engine. One is a normal gasoline model connected to an 8-speed automatic transmission, and the other is a hybrid with a CVT. Though Toyota hasn't revealed output for either engine, the hybrid will have more power, which is why it's being used for the XSE Sport trim that also comes with firmer suspension. Three all-wheel-drive systems will be available, too. The hybrid will come standard with all-wheel-drive, and the electric motor will be able to send 30 percent more power to the rear wheels than the current model. The gas model will now have the option of a torque-vectoring system that can shift power left and right across the rear axle. It will also be able to restrict power to just the front wheels in order to improve fuel efficiency. All-wheel-drive will also bring Multi-Terrain Select to allow the driver to choose optimum driving settings for snow, mud, sand and rocks.

Toyota has yet to reveal pricing for the new RAV4, but that should come in a few months as we get closer to when the crossovers hit dealer lots. Plain gasoline models will be available first toward the end of this year. Hybrids will go on sale early in 2019. 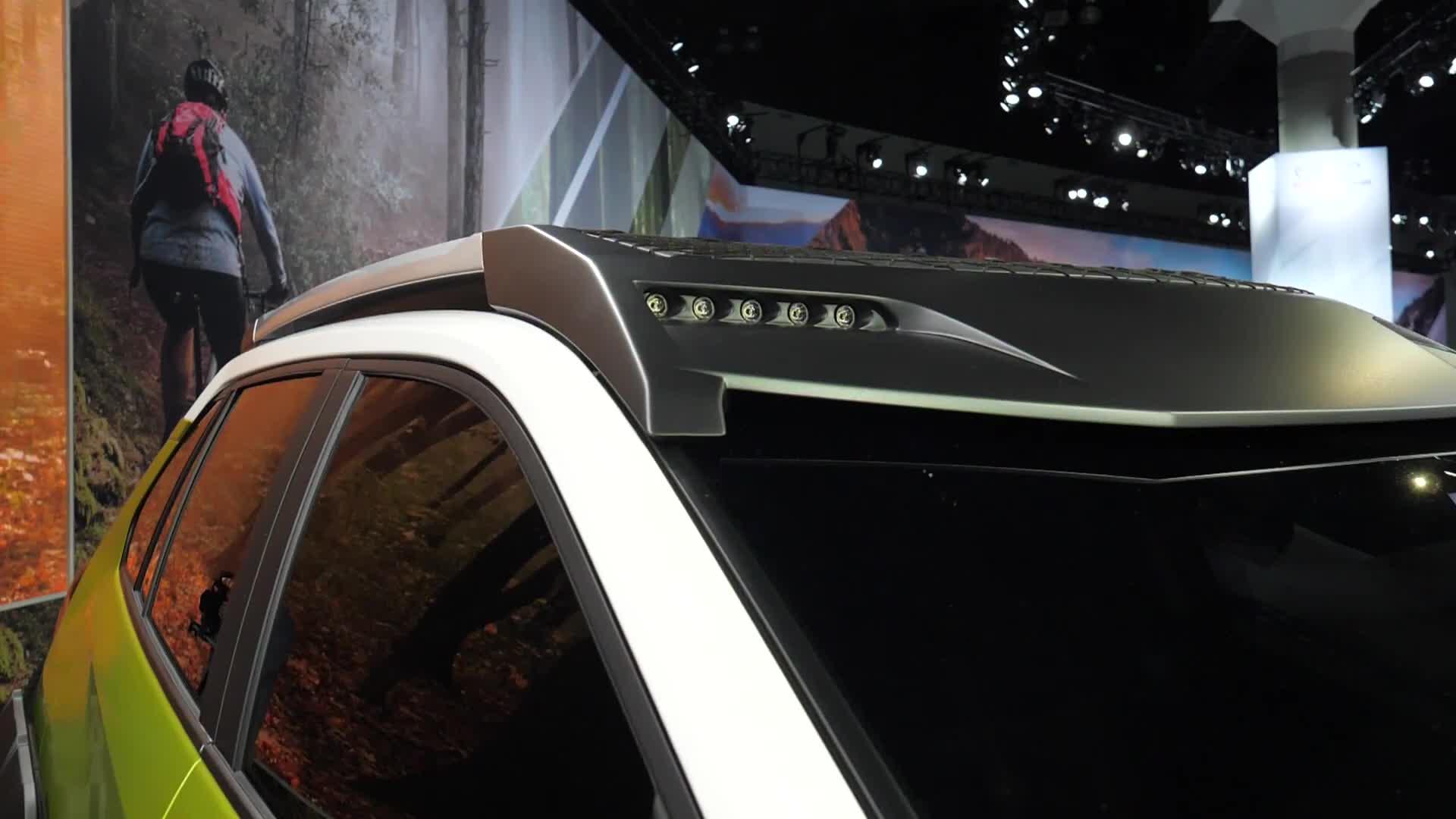