It loses some character, but the increased comfort is worth it for most buyers.

A perfectly fine vehicle to live with, and good to drive, but it doesn't do much to get us excited. Furthermore, it gerts expensive quick.

For 2018, BMW completely redesigned the X3 compact crossover, and in doing so, condensed the lineup to two trim levels, each with a different engine. We've already experienced one, the M40i with its 355-horsepower turbocharged straight-6 engine. While the engine is a charmer, and the vehicle a snappy handler, we found it to be a bit uncomfortable when the pavement got punishing, and it generally felt a bit conflicted between being a tall practical crossover and a sporty machine.

As such, we got a hold of the other X3 iteration, the xDrive30i, to see how it fares.

On paper, the biggest difference is under the hood. Instead of the inline-6, the xDrive30i gets by with just a turbocharged inline-4 making 248 horsepower and 258 pound-feet of torque. That seems like a big downgrade in performance, and in a way, it is. But the thing is, this engine provides more than enough power for keeping up with and dusting off traffic. The fact it makes its torque so low in the rev band makes a big difference, making it feel spritely in normal driving conditions. The engine is quiet, and the power delivery is smooth and undramatic, which means that it picks up speed deceptively quickly.

Where the little four-cylinder loses out to the bigger brother is in character. Though quiet, it does start to make some clatter when matting the throttle, and the resultant noise is a generic, almost artificial engine note. It's not particularly unpleasant, but it's not something you'll go out of your way to experience like you might with the M40i's six. It also runs out of puff as the revs increase, so it's a much less willing partner when winding it all the way out. But most of the time, the four-cylinder is a very nice powerplant that most people will appreciate more than a boisterous sportscar engine.

Also worth noting is that the BMW's 8-speed automatic transmission works quite nicely in this application. It changes gears very smoothly, and it picks gears reasonably well. Manual mode is fun, since it shifts pretty quickly for an automatic, and the paddles have a quick action without feeling too clicky.

Another area in which the X3 xDrive30i (which we want to go on record saying it's a terrible name for a trim level) differs is in suspension tuning. Naturally, the M40i, being an M-badged machine, has stiff, performance-oriented suspension. The plain ol' xDrive30i does not, though our example came with the $1,400 Dynamic Handling Package that adds adjustable damping, steering and throttle and shifting response. And after spending a weekend with it, we would highly recommend the package; it allows the X3 to be both a comfortable commuter and a sporty crossover.

In Comfort mode, rough pavement turns smooth from the perspective of the driver, though the engine and transmission response is gentler, arguably sluggish, steering is on the light side and the chassis feels less willing in curves. Sport mode fixes Comfort's deficiencies for quick driving by weighting up the steering wheel, making the transmission and engine perkier, and significantly reducing body roll, generally making it feel less tippy and more grippy. Of course, the ride quality drops significantly in this mode, resulting in many more bucks and kicks. So having both on hand is convenient, allowing you to suit the car to your mood. 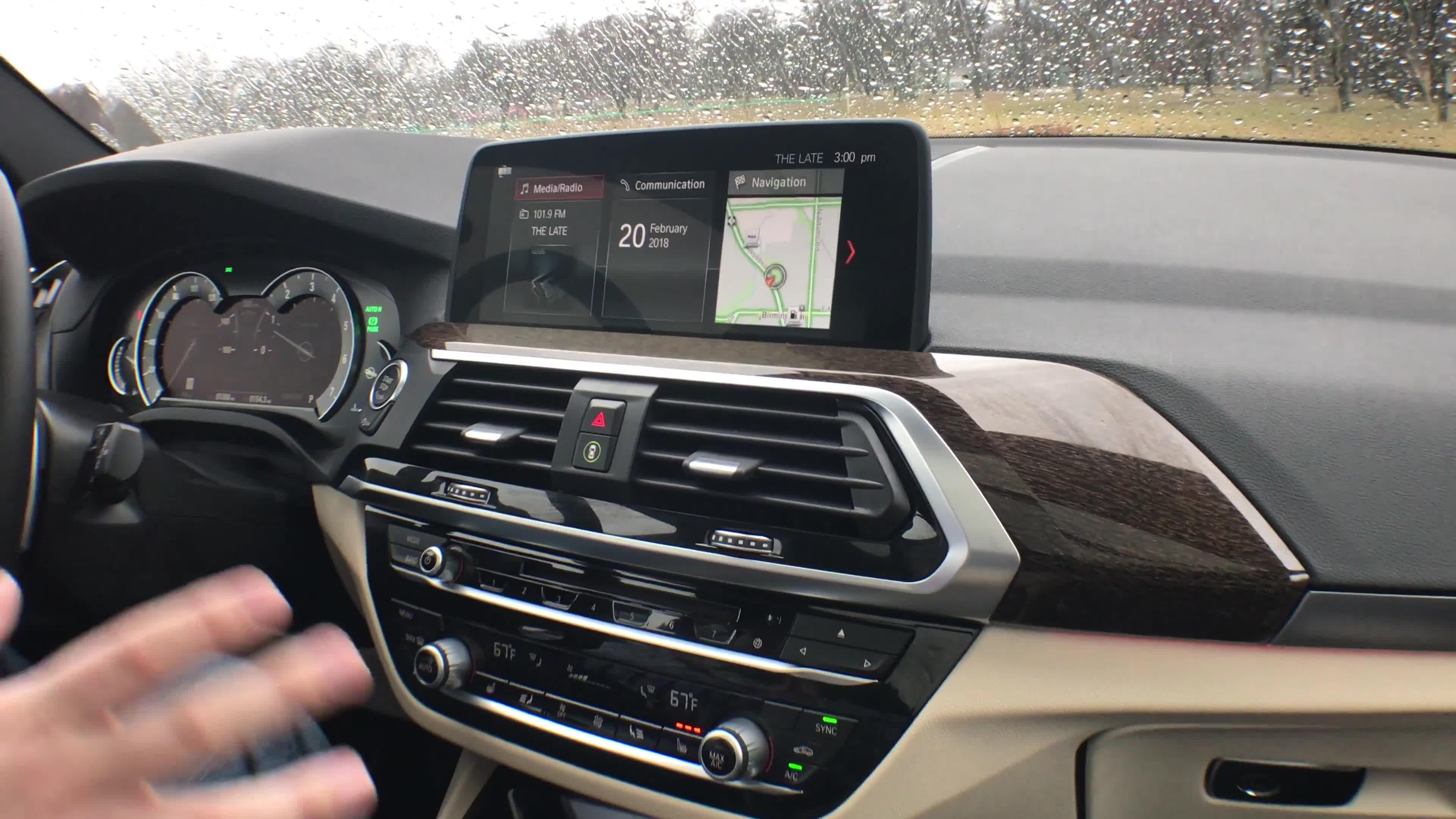 As for the rest of the X3 xDrive30i, there isn't much difference between it and the M40i we drove earlier. It's a bit more subdued on the outside than the M40i, with smaller grilles and more faux aluminum accents. Inside, the interior is still traditional BMW; most of the controls are canted to the driver, there aren't particularly interesting shapes or materials, and the gauge and switch gear lighting is still a red-orange hue. Of course, this latter design aspect also means the various ambient lighting colors don't necessarily match nicely with the switchgear, something this editor has griped about before. One particular highlight of this X3 was the drivers' seat, which was highly adjustable, and offered just the right amount of support in the bolsters and back. And, as mentioned in the M40i review, having both iDrive physical controls and a touch screen that can used interchangeably is great, particularly for Apple CarPlay or Android Auto.

In the end, the BMW X3 xDrive30i is the X3 you buy if you want a high-quality, engaging crossover but without the compromises. Sure, it's not as powerful and sonorous as the M40i version, but it also isn't going to vibrate you apart on nasty roads nor wake your neighbors. It does everything well, even if it's not the best in any one area, and that easily makes it the best choice for most people. 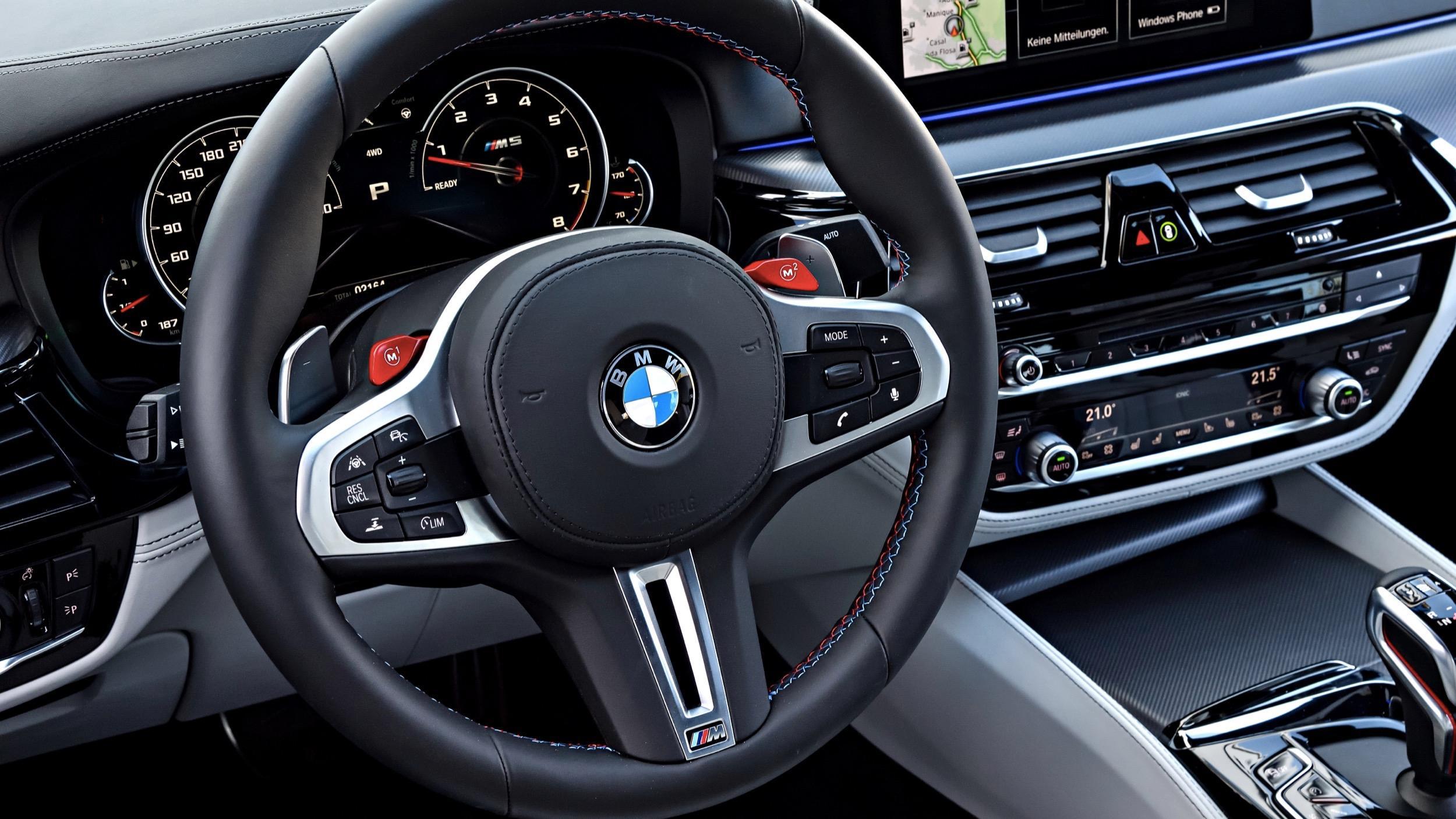 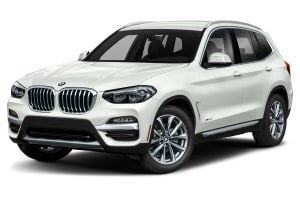