Jonathon Ramsey
Part of Volkswagen's repentance for that diesel boondoggle is some EV philanthropy known as Electrify America (EA), charged with "investing $2 billion over the next 10 years in Zero Emission Vehicle (ZEV) infrastructure, education/outreach, and access/exposure." When EA announced the first phase of its plan last February, it said it would install roughly 500 stations on highways and in 15 metropolitan areas. Now that EA's signed a deal with EV infrastructure company Greenlots, the first phase has swelled to the installation of more than 4,800 chargers across the nation.

The plan begins with EA installing more than 2,800 Level 2 chargers in 17 of America's largest metropolitan centers by 2019. Those will be placed in commercial buildings and multi-dwelling residences, and can typically restore 20 to 25 miles of range per hour. Then come more than 2,000 Level 3 chargers in 39 states that should restore a battery to 80 percent of charge in 30 minutes to an hour. These will mostly be found at highway spots no more than 120 miles apart. Fast charging is described as anything above 40 kW; however, EA will likely have CHAdeMO as a baseline, at 62.5 kW. There'll be CCS chargers mixed in as well, ranging from 80 kW to an eventual 350 kW at some locations. Those outputs and the brand-agnostic hardware should keep the network relevant for at least the next decade.

EA will use Greenlots' SKY platform to manage the nationwide network, the SKY dashboard providing real-time updates on charger usage and health. The customer-facing side will enable EV drivers to find a fast-charging station, and could one day provide dynamic pricing. Users will pay with their smartphones, or using their unique vehicle ID built into the CCS standard.

The new roadmap represents the first $500 million of a total $2 billion spend over 10 years, but $800 million of that is earmarked specifically for California. For context on EA's plans, Tesla had 2,636 Superchargers at 373 locations nationwide as of one year ago, planned to have about 5,300 open by the end of 2017, and that doesn't include the thousands of less powerful chargers in the company's Destination Charger network. 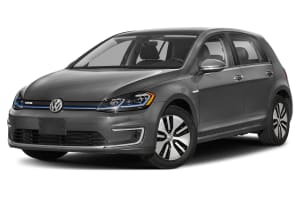