Jonathon Ramsey
Congress passed the Low Volume Motor Vehicle Manufacturers Act in 2015, as part of a $305 billion highway bill. The act cleared the way for small carmakers, like the new DeLorean company, to produce up to 5,000 finished cars per year, and build and sell 325 of them in the United States. Before any car could be made, however, the Environmental Protection Agency and the National Highway Traffic Safety Administration needed to finalize rules; that is, turn the broad language of the act into specific, enforceable laws governing the industry. The rulemaking was meant to take 12 months. But neither agency has completed those rules, and neither agency knows when it will.

Without clear, agreed-upon guidance, a host of aspiring small carmakers alongside DeLorean - like Checker Motor Cars, Revology, Superformance, and Factory Five - won't start production. They could build cars, wait for the final law, and hope their cars comply, but that's a massive gamble. In the meantime, the companies are doing their best to keep their plans hot, but on indefinite hold, which is not what their manufacturing partners want to hear. As DeLorean VP Jim Espey told Hemmings, "The DeLorean brand name does a lot to open doors with suppliers, but it won't do much to keep those doors open."

According to Stuart Gosswein, SEMA's Senior Director of Federal Government Affairs, the EPA says it has a set of draft guidelines, the NHTSA doesn't. Even if they both had guidelines ready, there would remain a potentially lengthy bureaucratic process to finalize a set of laws. This year's turmoil at the EPA, NHTSA's occupation with the Takata airbag inflator recall and autonomous cars, and unfilled critical positions at both agencies haven't helped. Gosswein told Hemmings he believed NHTSA would get its draft regulations completed in late spring. If all goes well, the low-volume automakers could begin production in 2019, but even after the laws are done there's still the matter of acceptable engines, of which there's currently just one. While it waits, DeLorean's making friends across the pond in Europe, where, Espey said, "have longer experience and more understanding of the low-volume manufacturing industry." 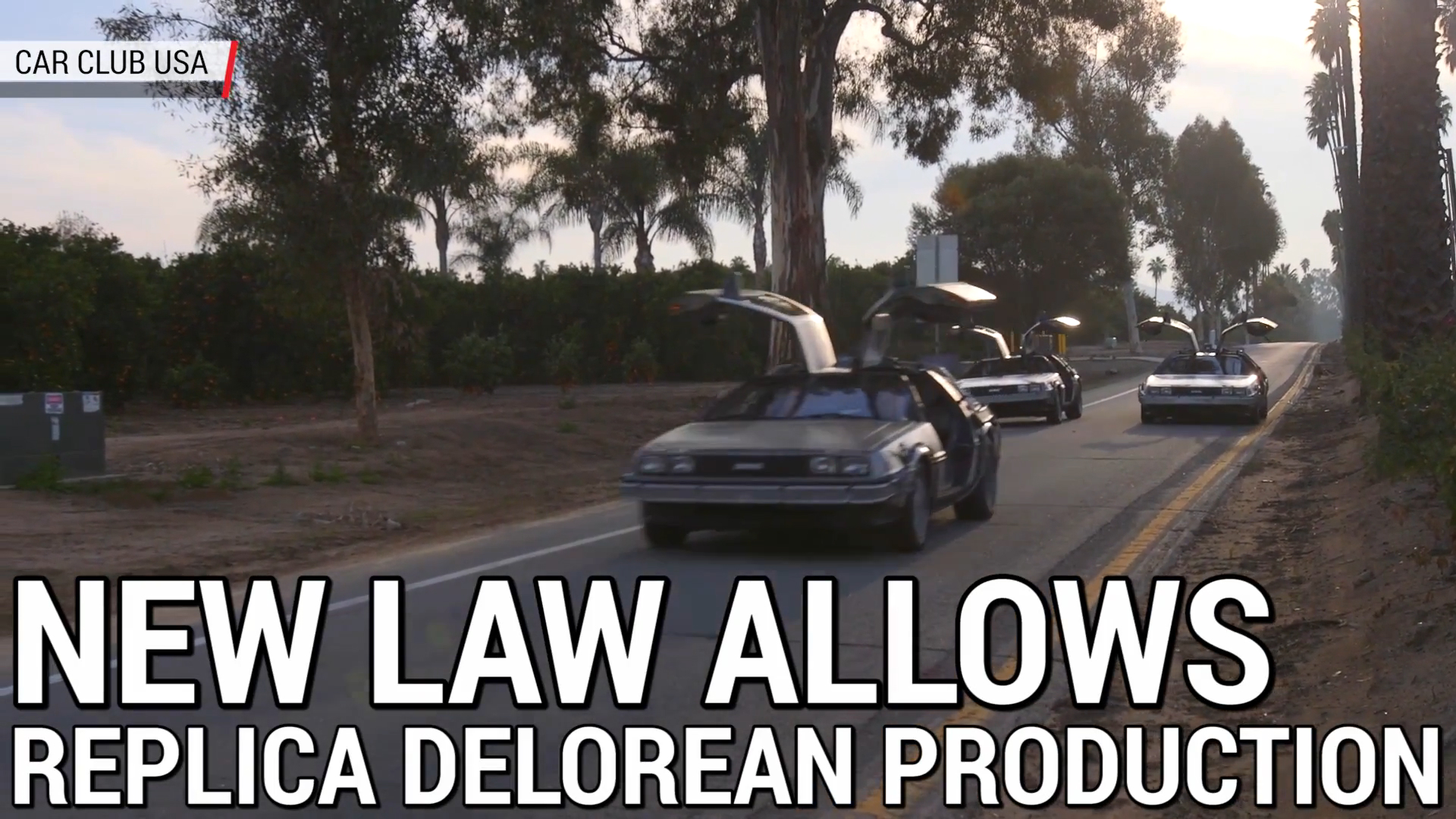