Jonathon Ramsey
Tis the season of "Big" - big cheer, big parties, big bowls of eggnog, big decorations, and when it comes to your family hauler, big drag. Festive drivers who festoon their crossovers, minivans, and SUVs with wreaths, Rudolph noses, fuzzy antlers, and rooftop Christmas trees undo the years of work that car engineers devote to fractional gains in fuel economy. To put numbers to such fuel-guzzling madness, GMC started with a 2018 Acadia, optioned it with the Xmas Aero Package - both Standard and Plus versions - put it in Lockheed-Martin's wind tunnel.

The resulting dip in fuel economy results probably won't surprise anyone who's used a roof rack - or, for that matter, their car's air conditioning. However, it might surprise you to find out which seemingly substantial decoration had no effect, and which seemingly innocuous decoration was about twice as bad as running the A/C on its Mr. Freeze setting. Check out the brief video above for the results. And consider placement of that bow carefully. 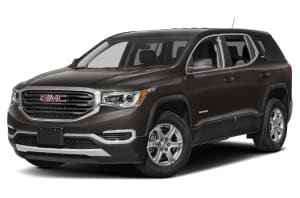