Expect to see more in Detroit next month. We've seen the 2019 Ram 1500 running around in camouflage a few times already. This time around, we get a good look at some more production parts.

This set of spy photos shows a production-ready chrome grille up front, with chrome wheels to match. The shots also give a peek at the Ram's tow mirrors. We've seen the rear end before – including a split tailgate – but these photos give us a good look at the new rear lighting.

Previous spy shots also suggest that the Ram will mostly retain its steel body. We also suspect it to arrive with coil springs and an optional air suspension. Rumors suggest the possibility of a turbo-four version, hybrid technology, and even a possible competitor to the Ford F-150 Raptor with a juiced-up V8. Look for the new Ram 1500 to take off the camo at the 2018 North American International Auto Show in Detroit next month. 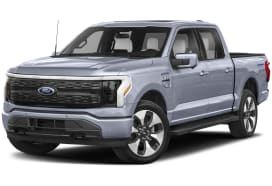 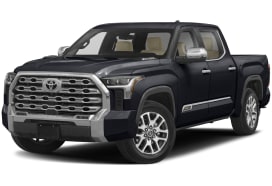 $60 - $2,141 Nat'l avg. savings off MSRP
See Local Pricing
I'm not in the market for a vehicle at this time. Please move this suggestion to the side for 30 days.
Huge Savings