Peppy crossover offers all of the essentials for daily driving, including safety tech This is not a bad equity to possess, especially in the contemporary domestic marketplace, where a vast majority of consumers are interested in nothing but safe, reliable family-hauling vehicles known loosely as crossovers.

With the introduction of the all-new, compact XC40 – which we just drove through the urban, exurban, rural, mountainous and seaside stretches of Spain near Barcelona – Volvo completes a basic small-medium-large array in the crossover category. This gives consumers the range of choices that often (but in no way always) conforms to the before, mid and fully submerged stages of their familial development.

Because it's the starter model, coupled child-free millennial #masspirationals are in the XC40's target demographic. To ensure that it met the proper parameters, its exterior was designed by thirtysomething rising star Ian Kettle. We find it extremely successful, a compliment that cannot be readily attributed to many SUVs. It is clearly descended from Volvo's Norse gene pool, replete with hockey stick taillamps, Thor's hammer headlights and glacier-swept granitic profile. But it also has a slightly more rugged, technical and adventurous appearance to match its generational ambitions. 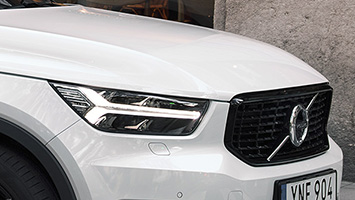 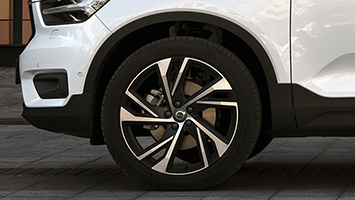 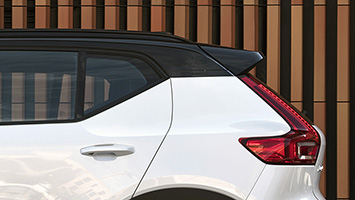 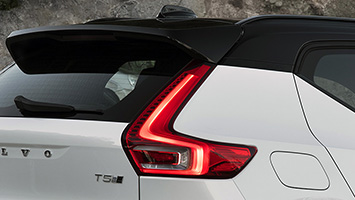 It is on the inside, as with all contemporary Volvos, that the XC40 truly distinguishes itself. If the large 90-series crossover brings composed, executive realness, and the medium 60-series crossover brings cool-mom savvy, this small 40-series vehicle is a bit more #vanlife in its essence. Not only in terms of all of the dedicated, built-in cubbies for your daily essentials, but also in terms of the optional 1970s-inspired colored velour interior inserts on the floor, door panels and center console. All it needs is a rooftop solar panel array, 80,000 Instagram followers, a sponsorship deal from a local cordwainer and at least one shirtless person with tons of tattoos, and you could totally live in it.

As with all contemporary and historic Volvos, it is also laden with safety tech. It's boring to list it all at this point, because just about every well-optioned upscale vehicle has all of this gear to prevent distracted drivers from veering off the road, missing a turn or being run over by or running into a pedestrian, large animal or other vehicle. But Volvo's driver assistance package gets extra credit for being smooth and highly functional, which doesn't seem as if it's saying much, except when you consider the ping-ponging, herky-jerky, crashy-scary nature of some of these systems. It instills confidence that you are actually driving, but it asserts that it can help when you want it to, sometimes, which is how these things should work.

In terms of actual human driving, the XC40 is totally fine. We only were able to test the model with the single powertrain option that will be available at launch in the United States in the spring, the $35,200 T5 – which you can "subscribe" to for $600/month with $500 down through the Care by Volvo program. This hosts the brand's singular engine, a 2.0-liter turbocharged four-cylinder, in this tune producing 250 horsepower and 258 lb-ft of torque. This T5 also has all-wheel drive. A less expensive and detuned front-wheel-drive-only T4 version will be released a few months later, cost $2,000 less and produce around 200 hp. 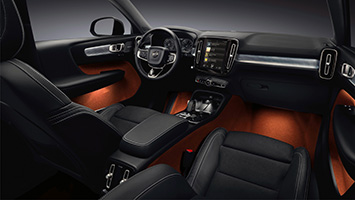 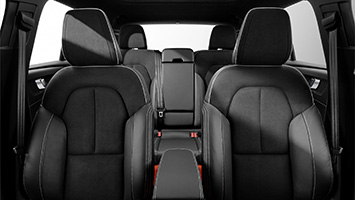 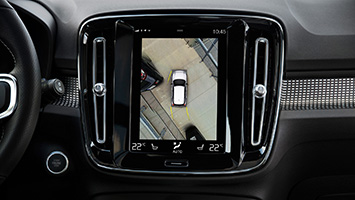 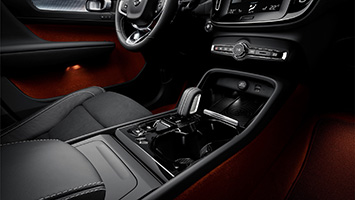 (By the way, a pure-electric version has been announced, though a date hasn't been set. A three-cylinder gas/electric hybrid is also possible, but not confirmed.)

Fit either of these models with the lower-spec Momentum package and get a contrasting white roof, or subject the T5 to the $2,500 R-Design pack and get a glossy black roof, shiny exhaust tips, keyless entry, dual power seats, navigation, the aforementioned velour interior and some other goodies. But even the basic versions are nicely outfitted, and come with a big 9-inch touch screen and 12-inch digital instrument panel familiar from the 60- and 90-series vehicles and feel quite premium in their layout, design and choices.

The XC40 will not win any races, but only a fool would take one on the track. Masspirational CUVs are not meant to be dynamic in that way. So long as they're competent on road, which this one truly is—peppy, punchy and eager like a 2-year-old labradoodle—it's dumb to criticize them for not meeting some risible performance standard. That said, the more potent version that we drove will hustle to 60 mph in just more than 6 seconds, a couple ticks slower than an X3 or a Q5, but a few ticks faster than an X1 or a Q3, in case you want to be selective about which other childless couples to race for pinks on your way to the 365 Market to stock up on stuffed feta chicken breasts. 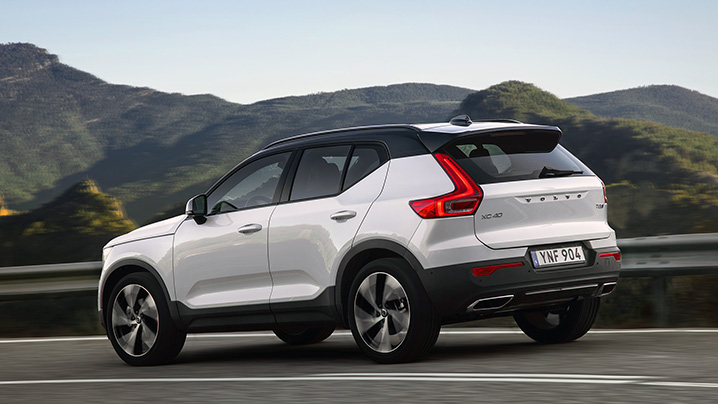 The XC40 was best at precisely what we used it for—schlepping around the city with your stuff from the city to some lovely locations outside of the city. Here, it delighted with excellent design—especially inside. Just check out the cargo hold, which hosts an ingenious folding divider that can segregate your groceries and your outdoor gear, and also hosts the heretofore unimagined ability to store the package shelf completely hidden when it's not in use.

The little Volvo is full of such smile-inducing sybaritic pleasures, with material details that punch far above its price tag. Do we need a giant iPad-esque display screen that requires probing several distracting menus and making several taps to turn down the heat? Do we need latex polymer trim that is embossed with an abstracted street map of Gothenburg? Do we need a dashboard that's more intelligent and humane than the sum of Donald Trump's cabinet?

No. But if we're going to be basically living in this thing four hours a day because the only house we can afford is two hours away from the urban center where we work, then don't we deserve some miniscule moments of pleasure?