Based on these spy shots, we must be getting very close to the reveal of the 2019 Ford Focus. The prototype you see above was wearing the bare minimum of camouflage, and it isn't even the basic-but-effective black-and-white type. It's a flashy, colorful wrap that does break up some lines, but doesn't leave much to the imagination. It even has a hashtag. A hashtag! It's like it's trying to be seen.

Anyway, because of the minimal coverings, we get a really clear look at the new hatchback body style. In comparison to the current Focus, the body is much cleaner with fewer creases and surfacing. There are some more drawn-out curves that highlight and accentuate the wheel arches, giving it a more athletic look. They're curves that wouldn't look totally out of place on a Mazda3. The grille is significantly different, and clearly drawn with the same pen as the new Fiesta's, with the widest portion closer to the top as opposed to the bottom. There's also an interesting amount of unadorned surface between the grille and the triangular fog lights.

Though Ford hasn't given any specific date for when it will fully reveal the new Focus, we probably won't have to wait long. As we mentioned, the fact that this car only has a wrap and even has a hashtag indicates Ford is all but ready to show the car. The L.A. auto show is coming up very soon, so it probably won't be there. Instead, the Detroit show in January is a more likely bet. 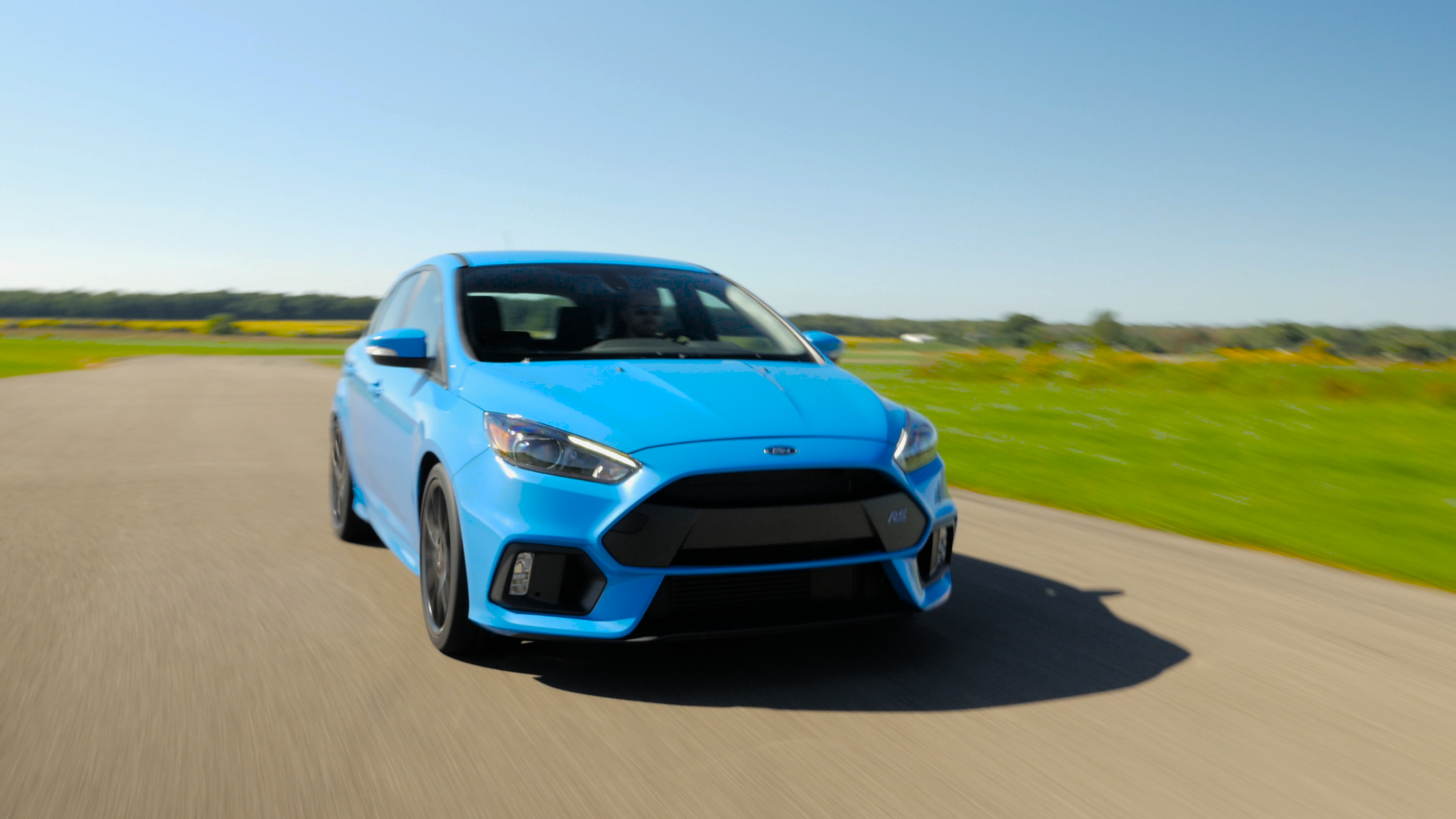