DETROIT — When financial markets surge to new records, sales of luxury cars usually rise, too. Instead, October U.S. auto sales reports on Wednesday showed that a collapse in sales of luxury sedans is accelerating.

Consumers have gradually shifted over to luxury sport utility vehicles from sedans in the past decade, but the trend — which has occurred in both the non-luxury and luxury sedan segments of the auto market — was particularly pronounced in October.

Sales of Daimler AG's Mercedes-Benz S-Class, long a global benchmark for large, premium sedans, plunged 49 percent in October, and are down 24.8 percent for the year to date. General Motors' Cadillac brand said it sold just 779 of its CTS sedans in October. Demand for that car, designed to compete with German luxury sedans, is down nearly 33 percent for the year.

"There's still a significant portion of the market that wants a car, but I'm sure there were people who preferred a horse to a car at one point."

Cadillac's best-selling model this year is the XT5 compact SUV, which has more than doubled sales from a year ago.

The shift within the luxury vehicle market away from sedans toward SUVs of all sizes is forcing some of the most prestigious brands to scramble to add SUV models to their lineups or boost SUV production to meet demand.

"In the short term, there will be pressure to add (consumer) incentives, cut production or both," said Cox Automotive analyst Michelle Krebs. "And we just don't see an end in sight to this trend."

The Dow Jones Industrial Average has been trading at all-time highs, usually a good sign for luxury sedans, but as major automakers reported new U.S. vehicle sales for October on Wednesday, sales for passenger cars continued their slide while luxury SUV and crossover sales rose again. 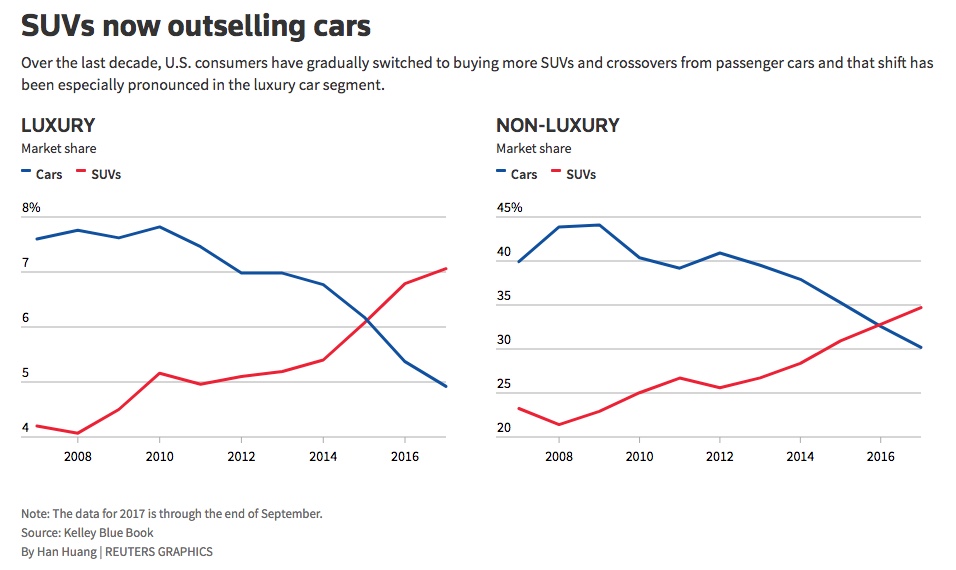 In the short term, luxury brands could use holiday season sales promotions to clear slow-selling sedans off dealer lots, analysts said. Toyota's Lexus brand said on Wednesday it will launch its "December to Remember" year-end sales promotion for the 18th straight year.

Longer-term, luxury car makers have to restructure their model lineups, which have for decades reflected conventional thinking that the "flagship" of a luxury vehicle brand is a big sedan.

Some luxury sedans will disappear from lineups, but not all. Lexus, for instance, is launching a redesigned version of its flagship LS sedan in the United States in 2018, starting at around $75,000.

Established luxury car brands must reckon with the impact of Tesla electric vehicles, which have redefined the boundaries for advanced technology.

Offering a little more horsepower is not enough to draw in many customers, said Scott Keogh, head of Audi's U.S. operations. "There really isn't a new stimulus" for owners of current models to trade in their vehicles, he said.

"Audi buyers ... want the latest and greatest," he said. That is one reason why the brand, owned by Volkswagen AG, plans to launch an electric sport utility in the United States by 2019.

"There's still a significant portion of the market that wants a car," Fiorani said, "but I'm sure there were people who preferred a horse to a car at one point."

Randy Parker, U.S. head of Nissan's luxury Infiniti brand, said much depends on the U.S. economy and gasoline prices, but luxury brands "with a really robust SUV and crossover portfolio will ... win in the next few years."

"Are some of your stalwarts going away?" he said. "I don't believe so." 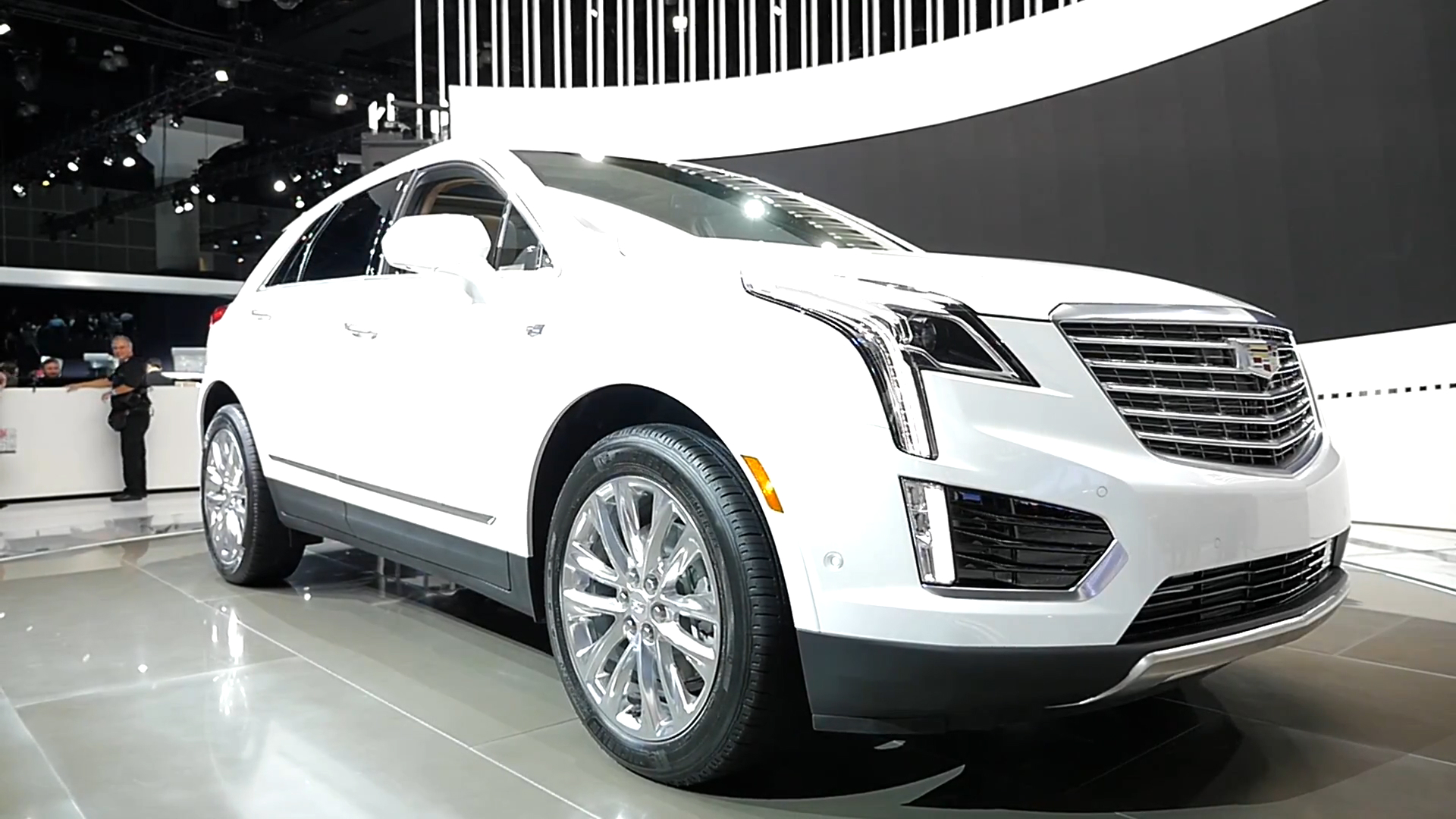